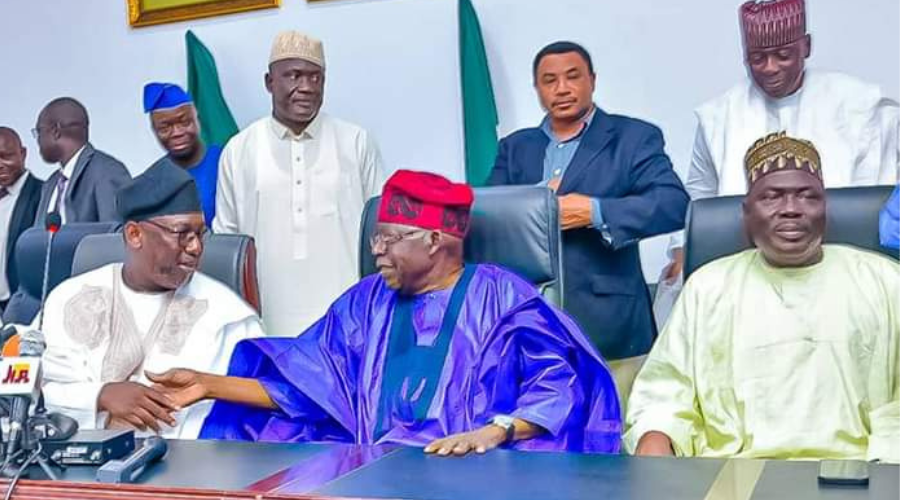 More From this Author
Niger State Governor and Chairman North Central States Governor's Forum (NCSGF), Abubakar Sani Bello, has congratulated former Lagos State Governor, Ahmed Bola Tinubu, on his emergence as the All Progressives Congress (APC's) Presidential flagbearer.
Bola Tinubu, the APC's National Leader, emerged victorious at the party's just concluded Special National Convention held at the Eagle Square, Abuja on Wednesday.
The Governor, in a congratulatory message , said the choice of Tinubu amongst other qualified candidates is an expression of confidence of the teeming party delegates across the country.
According to him, the victory of the former Lagos State Governor represents confidence in his ability and capacity to rework the country, reestablish the waning confidence of the people and propel the turnaround of the nation's dwindling economy in the shortest possible time.
"We wholeheartedly congratulate and rejoice with him.
"It is an affirmation of his wide acceptance and a clear demonstration that the APC National Leader is credible, capable and has the ability of spearheading a march towards the country's rebirth", the Governor said.
The Governor, who described the process of the APC Presidential primaries as free, fair and credible, reaffirmed that the emergence of a Southern candidate as a standard flag bearer of the party is in the best interest of justice, fairness, unity and political stability of the nation.
Governor Sani Bello urged fellow presidential aspirants, leaders, stakeholders and members of the APC to rally round the party's standard flagbearer and work relentlessly to ensure that the party is returned to power at all levels in the 2023 general elections.
"The transparent and successful conduct of the election and the cooperation of party members has become a great stepping stone for the party's victory in the forthcoming elections next year", he added.
He expressed gratitude to President Muhammadu Buhari for ensuring that the APC Presidential primary election became a source of consensus rather than division, stressing that his guidance has been inspirational to the party.
The Governor commended the party's Chairman, Senator Abdullahi Adamu, and all members of the National Working Committee (NWC) for ensuring a hitch-free and successful presidential primaries.
He also applauded party members for conducting themselves in an orderly manner and expressed appreciation to security officers for providing the enabling environment for the successful conduct of the primaries.