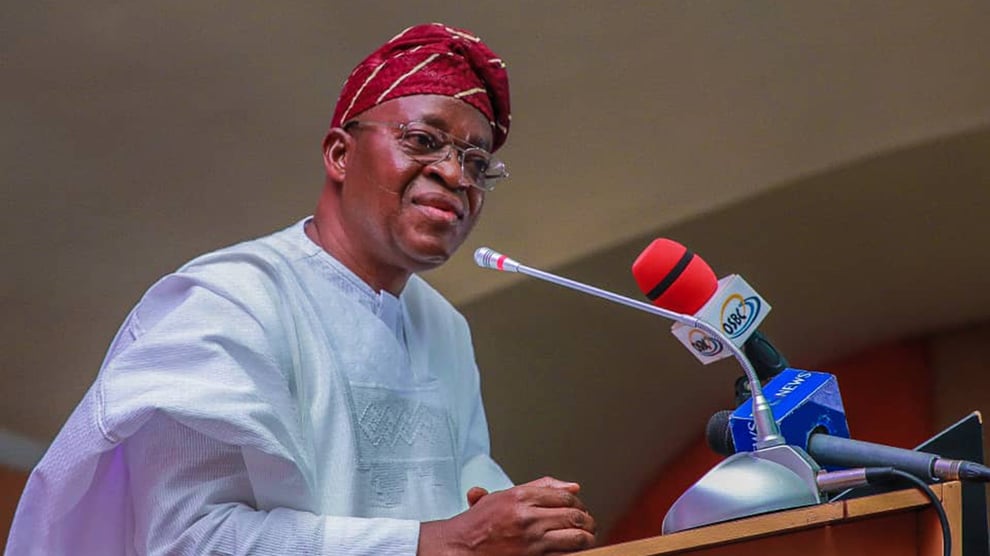 The Chief Press Secretary to Osun Governor, Ismail Omipidan, has appealed to supporters of the governor to remain calm in the face of the decision of a Federal High Court to nullify his candidature in the July 16 gubernatorial poll.

Omipidan noted that their team of lawyers would be challenging the decision at the Appeal Court, just as he expressed confidence that the decision would be set aside.

He also noted that the case was instituted by the opposition Peoples Democratic Party (PDP) in spite of the fact there is a plethora of decisions flowing from the apex court that frowns upon such a decision.

He said that, for the record, the position of the law is that only members of the APC who participated in the primary election can approach the court to challenge the nomination of Oyetola as the candidate of the party.

"All these are part of the antics of the opposition PDP and some of their collaborators from within to distract us.

"But like every of their plans, this too has fallen flat on their faces.

"They want to distract us from the Tribunal case.

"But we shall remain focused until we take back our mandate.

A Abuja Federal High Court had nullified the nomination of Governor Gboyega Oyetola and  that of his Deputy Benedict Alabi in their participation in the July 16, 2022, governorship election in Osun State.

The Presiding Judge, Justice Emeka Nwite, in giving the order based his decision on the ground that Governor Mai Mala Buni who submitted their names to INEC violated the provisions of Section 183 of the Constitution of the Federal Republic of Nigeria and Section 82(3) of the Electoral Act 2022.

Justice Nwite declared as null and void the nomination of Governor Adegboyega Oyetola and Benedict Alabi by the APC.

The court also held that Governor Mai Mala Buni acted in contravention of the provision of Section 183 of the Constitution when he held dual executive positions as the Governor of Yobe State and the Chairman of the National Caretaker Committee of the APC.

The court held that the steps or decisions taken by Governor Mai Mala Buni, including forwarding the names of Governor Isiaka Oyetola and Benedict Alabi to INEC amounted to a nullity in law.