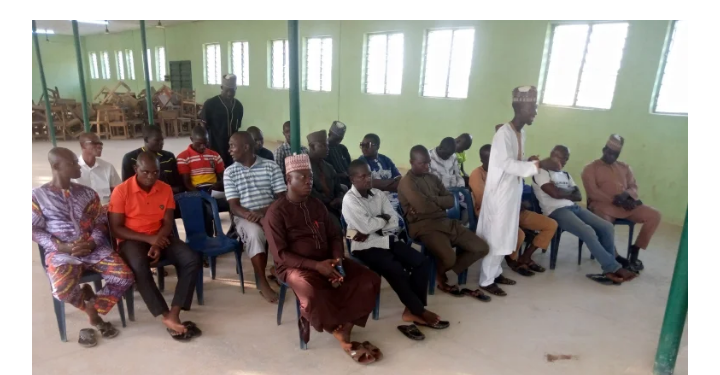 The All Progressive Congress (APC) Support Groups in Patigi Local Government Area of Kwara State, under the leadership of Hussani Nda Mohammed, has called for the need to empower the youths in terms of skill acquisitions to tame the rising unemployment in the society.

The support groups who were represented by three-member delegates from each of the groups commended stated that the provision of youth empowerment will prevent the spread of antisocial vices in the area.

While commending Rufai for his actions in the state, they lamented over the issues concerning Constituency development, security and progress of the APC.

The group also hinted at Honourable Rufai on the challenges facing the support groups which need to be attended to given the important role of the support groups, especially as 2023 is approaching and getting tensed by the day.

Nina emphasises the need to ensure unity in the party and attend to individual and group grievances as everyone is important in the world of politics.

While responding, Honourable Adam Rufai appreciated the Support Groups for always standing by the APC party and very importantly, drawing their attention to the areas of need of the community being the people closest to the grassroots.

He assured the group that he is always ready to partner the group in its activities aimed at promoting the party and very soon to pay much attention to Youths Empowerments.

Rufai maintained that APC led government has no other business or priority other than the welfare of the people and all-around growth and development of Kwara State.

The group in attendance include Patigi for Buhari, A. A. Reality, Destiny Group, Buhari Campaign Organization, APC Youth Movement, Destiny Group, Friends of AbdulRahman AbdulRazaq among others.