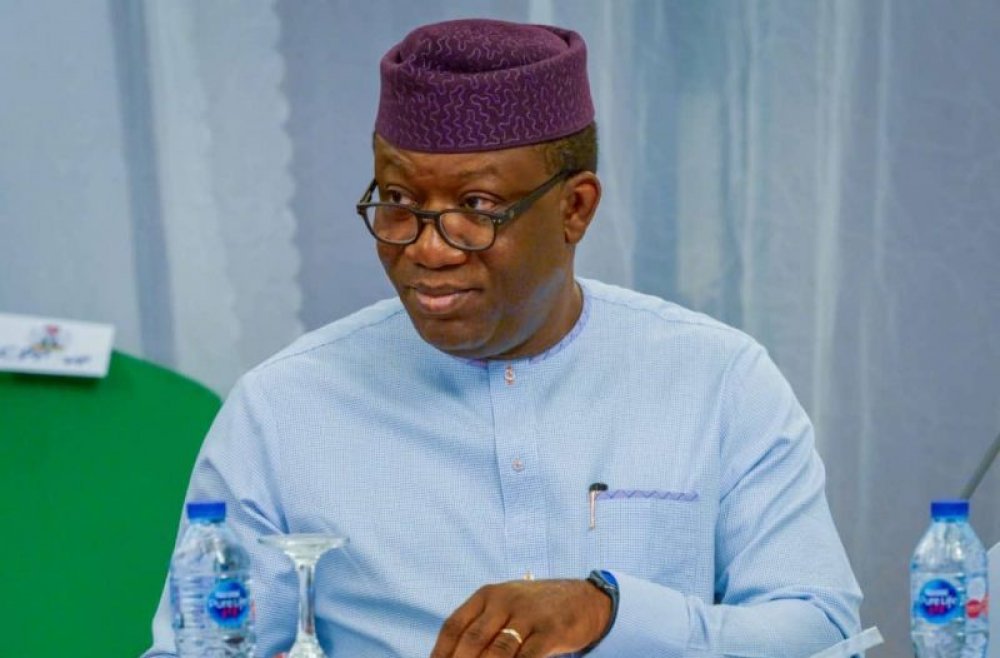 A factional executive of the All Progressives Congress (APC) in  Ekiti state has suspended the state Governor, Kayode Fayemi, over his contribution to the party's loss at the just-concluded governorship election in Edo state.

Serving the governor his suspension in a letter retrieved by AllNews on Friday, the state chapter of the party accused Fayemi of hosting a big wig of the Peoples Democratic party (PDP), Femi Fani-Kayode, in the State House prior to the governorship in Edo state.

The state chapter of the party accused the governor of plotting a coup against the party at the Edo state governorship election.

"Dr. Kayode Fayemi, the Executive Governor of Ekiti State is hereby suspended from the Party in view of his numerous anti-Party activities especially his role in the recent concluded governorship election in Edo State which is contrary to the provisions of Article 21 (A) (ii) of the APC Constitution.For five days prior to the Edo elections Gov Fayemi hosted PDP big wig Mr Femi Fani- Kayode in the government house in Ado Ekiti in the run up to the Edo elections.

"It was here they perfected the coup against our party in Edo State. This is same Fani-Kayode who daily abuses President Muhammadu Buhari, Vice President Yemi Osinbajo, the APC as a party as well a vital section of our country. We have evidence of that meeting.Fani-Kayode specifically said he has gone on his tour as part of an effort between him and Fayemi to build a cross-party alliance and few hours after leaving Ekiti he fired a shot at Asiwaju Tinubu," the statement read in part.

Accusing Fayemi of using the party's name to execute his illegal activites, the statement read,

"We note the continued illegalities in the name of the party, being conducted by Dr. Kayode Fayemi, who as Governor is an ordinary member of the SEC and ought to have called meetings of this duly constituted body as a critical party organ, has failed to do so since his assumption of office in 2018.

"The body currently masquerading as the elected members of the SEC or as the State Working Committee or appendages is unknown to us (as due statutory members of SEC) since no Ward Congress has taken place in Ekiti State APC since inception. All SEC members listed in Section 12.8 of our constitution, (i) to (xxvii) as such are open positions since only duly officiated Ward congresses with INEC observation can fill these positions."

The party also accused Fayemi of working for the PDP to defeat APC in oyo state.

"We  recall his role in the gubernatorial election in Oyo State where he supported the PDP candidate to defeat the APC candidate. A second tranche of money he sent to Gov Makinde in the election was intercepted by soldiers. The courier Mr Ayo Adegbite, his Chief Protocol Officer was arrested, and he immediately disowned and announced his sack. Mr Adegbite remains his aide till date.

"We also recall the support he provided a PDP candidate who challenged an APC Senator Prince Dayo Adeyeye in the Tribunal. He moved the judges to Kaduna to deliver judgement when he knew what he planned against his party was unpopular in Ekiti. We have more to tell on this betrayal and traitorous act of his. APC Senator is out of the Senate today and PDP is in. The relationship between Fayemi and Senator Olujimi of PDP, the beneficiary of his treachery is known to all in Ekiti State," the statement read.