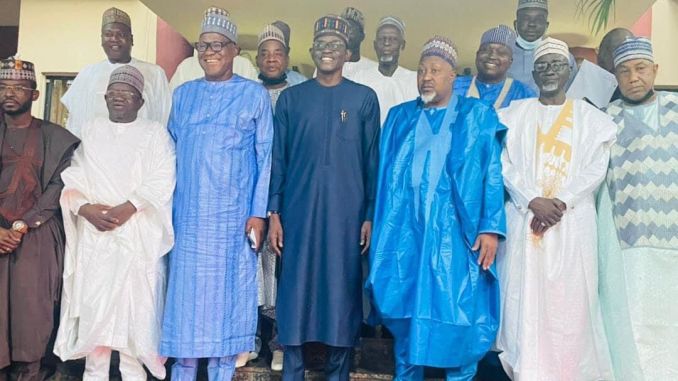 The reconciliation meeting was held in Abuja

The reconciliation meeting between the Ganduje and Shekarau led factions in Kano state was held in Abuja,

According to Governor Mohammed Badaru, the two factions have shown readiness to reconcile and work together with mutual respect for all.

It would be recalled that the two factions of APC led by Senator Ibrahim Shekarau group produced Ahmadu Haruna Danzago as Chairman at a parallel congress while Governor Abdullahi Ganduje side had Abdullahi Abbas as Chairman.

Dissatisfied with the court ruling, the Abdullahi Ganduje led faction proceeded to the Court of Appeal.

At the last sitting of the Court of Appeal on January 21, 2022, the appellate court reserved judgement after adopting the parties briefs and objections.