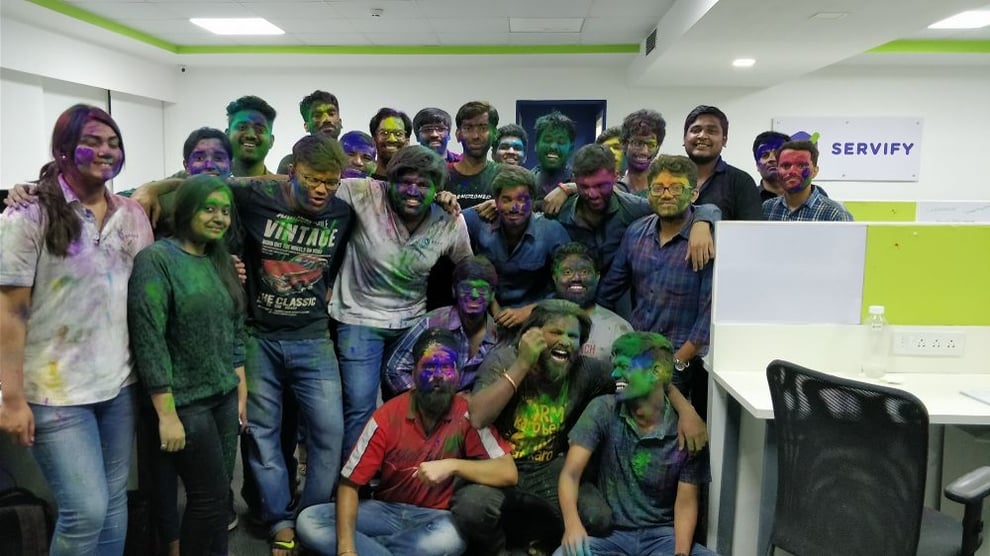 Servify, a startup that in many ways manages the device lifecycle for Apple, Samsung, and other well-known smartphone manufacturers, has received $65 million in preparation for going public in two years.

The investment has not yet closed, and according to the business, Servify is still seeking additional investors.

It expects the current round to generate an additional $5 million to $10 million.

The seven-year-old business, which has funded more than $110 million to date, collaborates with more than 75 manufacturers of electrical devices, including OnePlus and Xiaomi, and provides them with white-labelled after-sales services like damage insurance and extended warranty.

Partner businesses additionally use the Servify platform to give the clients trade-in, upgrade, and financing options.

Sreevathsa Prabhakar, the startup's founder and CEO, stated in an interview that Servify, which is now active in over 40 nations including India, the U.S., U.K., Canada, Saudi Arabia, and Turkey, aims to expand to Latin America this fiscal year and is also investigating a debut in Japan.

60% of Servify's revenue comes from India, the second-largest smartphone market in the world, according to him.

According to him, in addition to repairing electric vehicles and home appliances, Servify, which already concentrates on smartphones, tablets, laptops, and wearables, also wants to broaden its service area.

Companies like Apple and Samsung have recently started offering self-repair options to their clients. How do these initiatives affect Servify?

Prabhakar also disclosed that Servify will continue to charge large manufacturers for providing replacement parts as part of their self-service repairs, therefore the market's foremost manufacturers' self-repair programmes will be "good" for the company.

However, because consumers will be able to prolong the life of their current gadgets, such initiatives may lead to fewer individuals choosing to trade in and upgrade alternatives, he said.

Servify, a company with over 700 employees worldwide, asserts that it is now on track to generate over $130 million in annual sales.

According to him, the firm is trying to start turning a profit as early as next month.

Servify intends to submit an initial public offering application after it can guarantee an 18–20% profit margin.

The IPO's current schedule is between 18 months and two years.

He didn’t disclose the valuation at which Servify has raised the new funds, but said the startup was “nearing the unicorn” status.

“For me, all these valuations are still paper valuations. When you go public, real valuation is revealed,” he said.

Additionally, Servify wants to use the new capital to acquire smaller businesses.

Prabhakar stated that Servify has acquired a few startups since its last funding round in September 2020, including Noida-based 247Around, which gives the startup access to over 100 manufacturers in the kitchen and small appliance space, and Germany-based WebToGo to bolster its diagnostics capabilities.

“We have a couple of international targets in mind,” he said, without disclosing any names.

“Product protection is no longer an afterthought; in fact, it is rapidly taking centre stage for both OEMs and consumers.

"We, therefore, see Servify steadily moving towards global leadership in this massive addressable market of over $100 billion and are confident that they will deliver a great outcome for all of us,” said Apurva Patel, Managing Partner at Singularity Growth, in a statement.