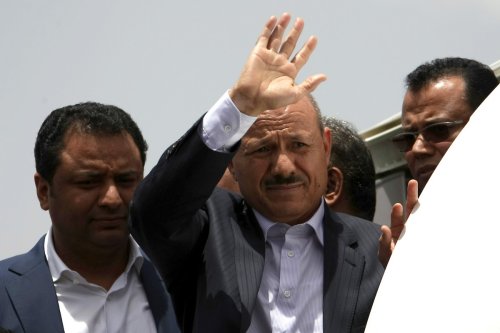 According to Anadolu News Agency on Thursday, Yemeni President, Abd-Rabbu Mansour Hadi, delegated his powers to the newly established Presidential Leadership Council to govern the country during the transitional period.

The Council is made up of seven deputy chairmen, including Aidarous Al-Zubaidi, the head of the Southern Transitional Council and backed by the UAE.

On Thursday, Saudi Crown Prince, Mohammed bin Salman, also met with members of the Council led by Al-Alimi, who pledged in a tweet to work on rebuilding the country and its modern civil state as well as protecting the gains of the revolution and unity.

In a statement, it was disclosed that Saudi Arabia expressed its full support for the Presidential Leadership Council and its supporting entities.

Saudi Arabia also pledged $3 billion in emergency aid to the Yemeni economy, one billion of which will be provided by the UAE, as well as $300 million to fund the UN humanitarian operation in Yemen.

In a statement, the Kuwaiti Foreign Ministry also welcomed the formation of the Presidential Leadership Council and affirmed its support for it in carrying out its responsibilities.

Jordanian Foreign Ministry also welcomed the Council's formation, stressing that the country supports effort to resolve the Yemeni crisis in order to reach a political solution.

Yemen has been engulfed by violence and instability since 2014, when Iran-aligned Houthi rebels captured at part of the country.