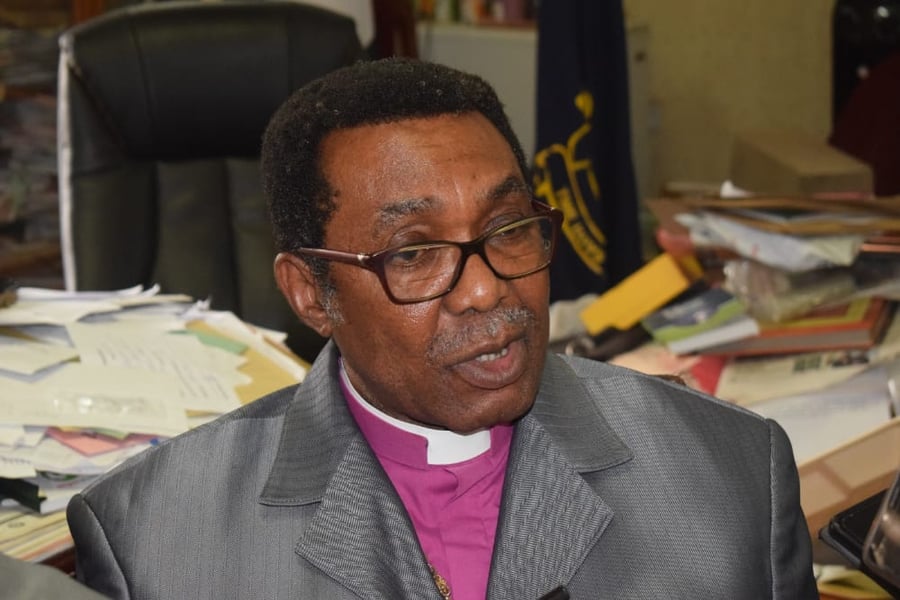 He further said that the popularity and acceptability was so high that the opponents and enemies alike would not be able to pull him down no matter the campaign of calumny.

Chukwuma who was reacting to reports in the media quoting him as saying that Enugu state was not ‘Obidient’, said he is not and has never been against Obi’s presidential ambition but rather has supported it more than those persecuting him.

The cleric had received much backlash after he said: “We in Enugu State are not ‘Obedient'".

The Archbishop has now said Obi’s fame became so high because he showed credibility, character, honesty and capacity in public office, as governor of Anambra state and other offices he had previously held.

“My own concern is that Peter Obi, found to be very credible, Nigerians should be out to make sure that young people should be given a chance and allow him to clean the mess that we’re in Nigeria.

“It is quite clear that in this country people know me as speaking out; I’ve been condemning the evil in this society and in Nigeria.

“And we are very much aware that even in my synod, I condemned the evil things happening in this government led by Buhari and I meant it that we need a new Nigeria, new Nigeria, a new win into a new wineskin.

“There is no doubt that I said both Atiku and Tinubu are expired and they have no new things to offer us.

"And I talked about being Obidient nationally.

"But the situation is that living in Enugu and seeing what has happened in the past years where PDP has been in power for years and other parties have not surfaced until now, it has become very much necessary for people to know that Enugu as it is has been so entrenched into a party called PDP.

“I totally support Obidient nationally, but state wise, I’m talking about the personalities in the state, and I do know that those in the state that are not corrupt will be endorsed and voted by us.

"We’re praying that the right people under God will come up in this nation to vie for positions that will make Nigeria to be better.

“Some people are going now in many states to hide under Obidient. Obidient is Peter Obi personified.

"Obidient is Peter Obi, there is no party called Peter Obi in Nigeria and so no persons should hide under the name Obidient thinking that you can win election because nationally we are ready for change.

"We are talking about personalities, people like Obi who can come and deliver Nigeria and the states out of the mess.

"But state tate wise, Obidient may not work. Because it is going to be a matter of personality and not a matter of party and again, Obidient is Peter Obi personified.

"Nobody in the state is Peter Obi, so it may not be possible for you to say states can be Obidient like Enugu, because it depends on the strength, structure and the power of the party in government particularly the incumbency.

“So I want us to please get it clear, all those who have been writing things against me should note that I’m not a person anybody push aroud, and by the grace of God, nobody has settled me and nobody can settle me.

"I’ve not received money from anybody. I’m only expressing myself with what I’ve observed and seen.

“Let us be very careful of corrupt politicians who may want to run under Obi or Obidient because they feel that it is catching much wave.

“All that I’m saying is that we must think about the personality, integrity, and pedigree of the person in any party that is going to vie for position in Nigeria.

"They should not hide under Obidient as if to say they are going to win the election.”