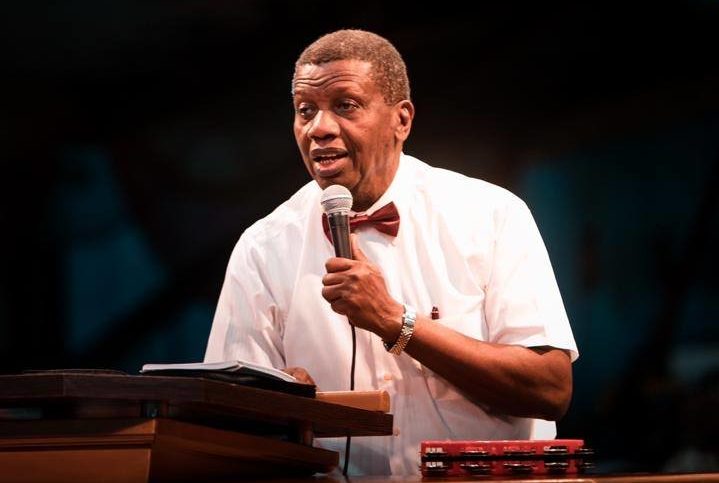 As Osun State prepares for the 2022 gubernatorial election, members of the state legislators elected under the platform of the All Progressives Congress (APC) have visited the General Overseer of the Redeemed Christian Church of God (RCCG), Pastor E.An Adeboye.

The visit was mainly to convince the clergyman of the need for peace between the Governor, Adegboyega Oyetola and his predecessor, Rauf Aregbesola.

Associates of Aregbesola, the current Minister of Interior, operating under the aegis of The Osun Progressives (TOP) are currently locked in a supremacy battle with Oyetola for the soul of the party in Osun State.

Sometime in 2020, the National Leader of the party, Senator Bola Tinubu and a former Governor of Osun, Adebisi Akande have both initiated peace moves that failed.

The APC caucus in the State House of Assembly taken aback by the ugly situation of things decided to pay homage to the respected man of God who also happens to be an indigene of the State.

According to a source who was privy to the arrangement, the visitation to Pastor Adeboye was led by the speaker, Timothy Owoeye and eight other members who met with Baba sometime last week at the Redemption Camp.

The source said "The visit was led by the Speaker and they sought Baba's help in brokering peace between the duo. Peace is the only ingredient that can guarantee and sustain the development and prosperity of the State."

The source however said Baba Adeboye made it clear to the delegation that he is a political father to all across party lines.

"Baba made it clear that he has no preference for any of the political party but that it is biblical to play the role of a peacemaker and on that premise, promised to do something about it," he said.