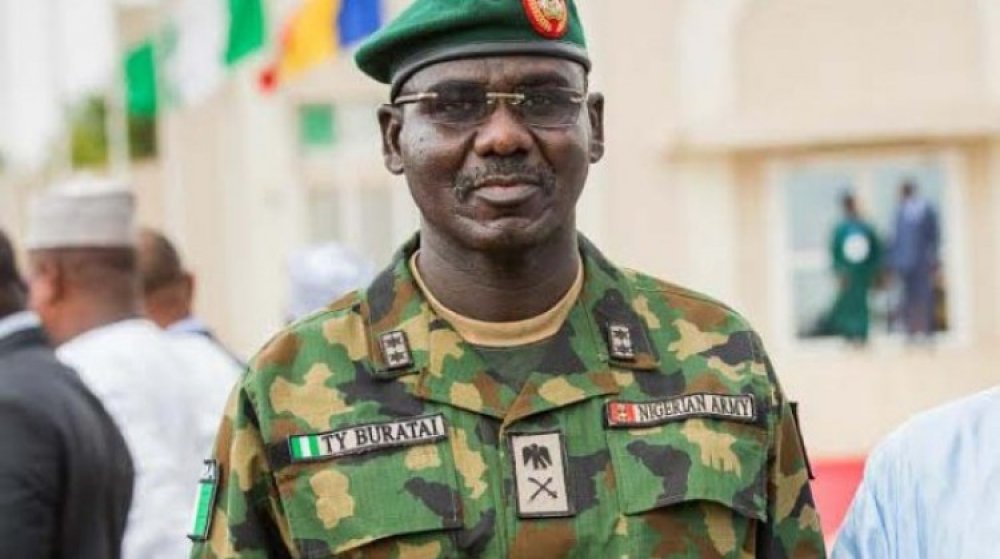 Nigeria's army boss, Tukur Buratai, has said that the organised spiritual warfare ensured that "there was no single corpse" at the Lekki toll gate.

He said this at the decoration ceremony of 39 recently-promoted generals, stating that there was no single corpse at the Lekki toll gate due to the warfare seminar the army organised.

Buratai said, “I am glad that we held the Spiritual Warfare Seminar on Wednesday and most of the decorated generals today are graduates of the seminar.

“I must say that the spiritual warfare seminar we had last time helped us during the last #EndSARS protest to the extent that there was no single corpse, but some persons were seeing double at Lekki toll gate in Lagos state.

“We will continue to protect every law-abiding Nigerian anywhere in the country and we will do that in accordance with the rules of engagement and confines of the constitution.”

He asserted that democracy "has come to stay" in the country and that the army would not give way to "agent of destabilization".

He said, “Democracy has come to stay. We will not tolerate any agent of destabilization. The years of military misadventure in politics have never carried us anywhere. It is over.

“The crop of officers (39 major generals) decorated yesterday will never be dragged into any interest that is contrary to the sustenance of democracy in our nation.

“All our eyes are on you. We know there are several moves to get your attention. You must make sure that whatever you are doing, and when some persons approach you, you must act within the confines of the constitution.”

Despite reports and graphic evidence of dead bodies found at the toll gate, the army denies any killing, maintaining that the officers only fired blanks.