Arsenal Boss Arteta Admits He Was Wrong About Two-Goal Nketiah 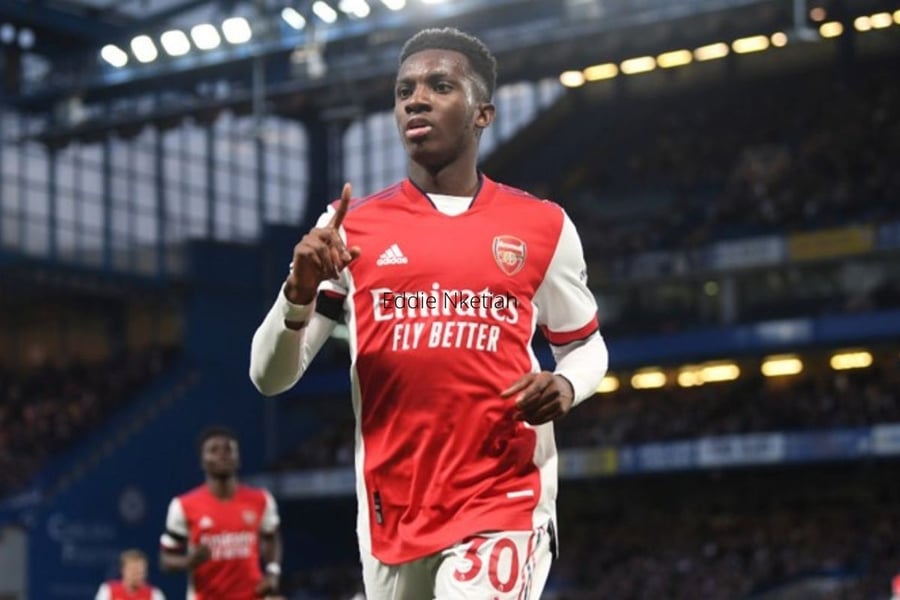 Arsenal coach Mikel Arteta showered praises on his striker Eddie Nketiah for proving him wrong by scoring two goals against Chelsea in the Gunners' 4-2 away win on Wednesday that boosted their chances of qualifying for the Champions League.

"If there is one player I think have been unfair with I think it is him," Areta told reporters, saying he had not given enough game time to Nketiah.

"Today he showed me again how wrong I was."

Nketiah's future at the club is up in the air with his contract up at the end of the season.

The 22-year-old has been on the periphery for much of this season, with the vast majority of his league appearances coming off the bench.

"Honestly the first thing that I thought was he was back in the summer and what happened," he said

"For him to have the courage to say I'm going to take it again, because I'm sure it was in the back of his mind, for me it is 'chapeau', even if he misses," Arteta said.

Arsenal's victory was a major boost in their bid to qualify for the Champions League via a top-four finish and Arteta was delighted that his side had shown they could compete on the big stage.

"I said to them if you want to be playing Champions League football you have to come to big stages and beat those top teams," he said. "Tonight we have done it and I am really proud of them."

Arsenal will now turn attention to another tough fixture against Manchester United on Saturday.