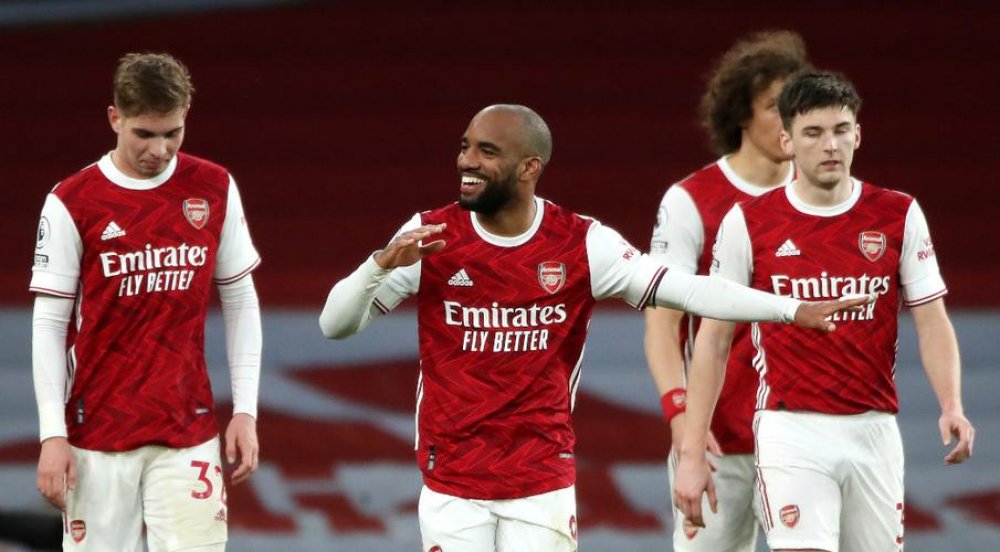 Lamela scored one of the greatest goals in Premier League history with an audacious strike in the first half at the Emirates Stadium.

But the Tottenham forward went from hero to villain when he was sent off for a second booking after Jose Mourinho's side blew the lead.

Martin Odegaard had equalised with a deflected effort just before half-time and Alexandre Lacazette sealed the points with a second-half penalty.

Lamela's moment of genius was ruined by his red card and it was Arsenal's day as they beat Tottenham for the first time in six games.

Denting Tottenham's bid to qualify for the Champions League via a top-four finish in the Premier League was an added bonus for Arsenal, who hadn't defeated their neighbours since 2018.

It was an even more impressive success given Arsenal manager Mikel Arteta caused a storm by dropping Aubameyang as punishment after he reportedly turned up late for a pre-match team meeting.

It is believed Arteta had grown frustrated with Aubameyang for similar offences in the past.

"He was going to start the game, but we had a disciplinary issue. We've drawn the line. We keep it internal," Arteta said before leaving Aubameyang as an unused substitute for the entire match.

After just a third loss against the Gunners in Mourinho's career, Tottenham remain without a win at Arsenal since 2010 and are six points adrift of fourth-placed Chelsea, with Arteta's team a further four points behind.

All eyes were on Aubameyang when the teams emerged before kick-off and the 31-year-old sat behind the Arsenal bench with his black face mask only partially disguising his gloomy expression.