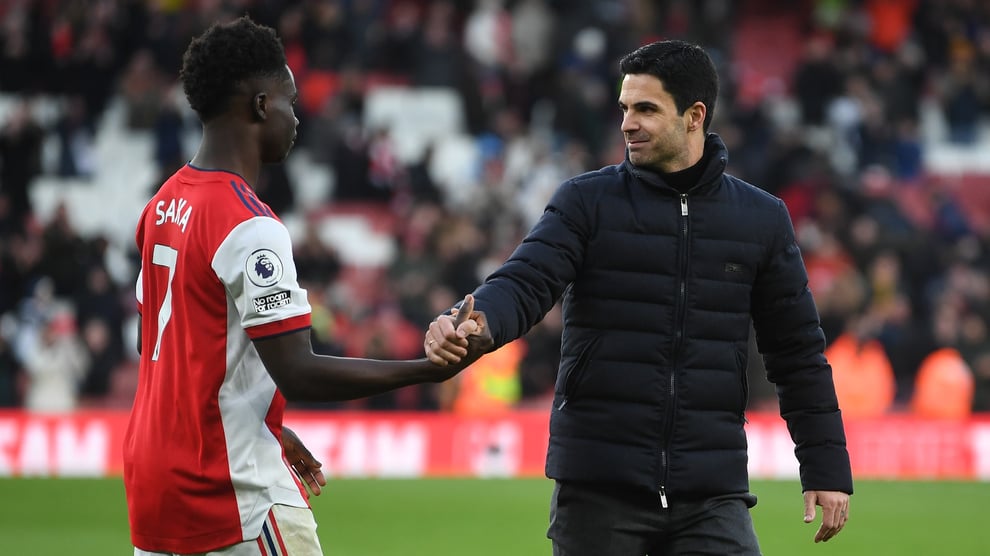 Saka has two years left on his contract at the Emirates, and talks have been ongoing about an extension for some time.

Arteta is confident that the club and player will soon agree on a long-term deal after he was offered a new deal that will make him one of the club's highest-paid players last month.

'I am very confident that we as a club and Bukayo, his family, his agent, everybody, we are very much aligned in what we want to achieve. And now it is about putting it on a piece of paper,' Arteta said on Friday.

'I would like that to get done because I don't want the player or anybody distracted while we are in the middle of the season.

'But those things take time, and they have to go through the right process, and I think the process has been really good.'

Saka has been instrumental for Arsenal since breaking into the team in 2018.

The Gunners have enjoyed an impressive start to the new Premier League season, winning their first two matches against Crystal Palace and Leicester City.

Arsenal will be back in Premier League action against Bournemouth on Saturday.