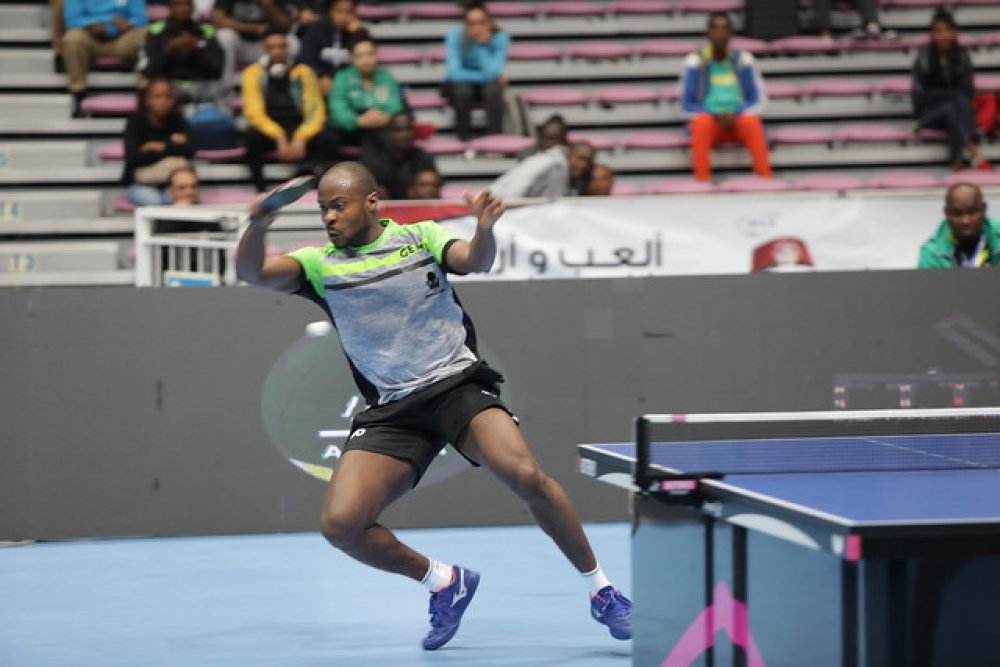 Following TTC's 3-0 convincing win over Post SV Mühlhausen last weekend, Aruna will be aiming for another home victory against the visitors.  .

TTC occupies 10th  spot in the 12-team league with five wins and seven losses and they are expected to take on eighth-placed ASV Grünwettersbach which has six wins and six losses.

Already, the management of the visiting team had admitted that they would face a Herculean task against TTC, stating the coach Joe Sekinger-tutored side will have to redouble their efforts if they are hoping for a win against the Aruna-inspired TTC.

However, Aruna who has been rated the 12th  best player in the league will be aiming for a leap for TTC and Coach Qing Yu Meng believes they can claim victory.

“We are poised to win the match because we are all in the best form at present and anything can happen. We are hopeful we can win against,” Aruna said. “That’s why we want to win at least one of the two games," says TTC Vice President Claus-Dieter Schad, who knows how close it is in the table.

Schad has the highest hopes for success at the away game in Bremen on Sunday.

After the home game against ASV Grünwettersbach in Wilmingtonhalle today, TTC will travel to Bremen on Sunday.