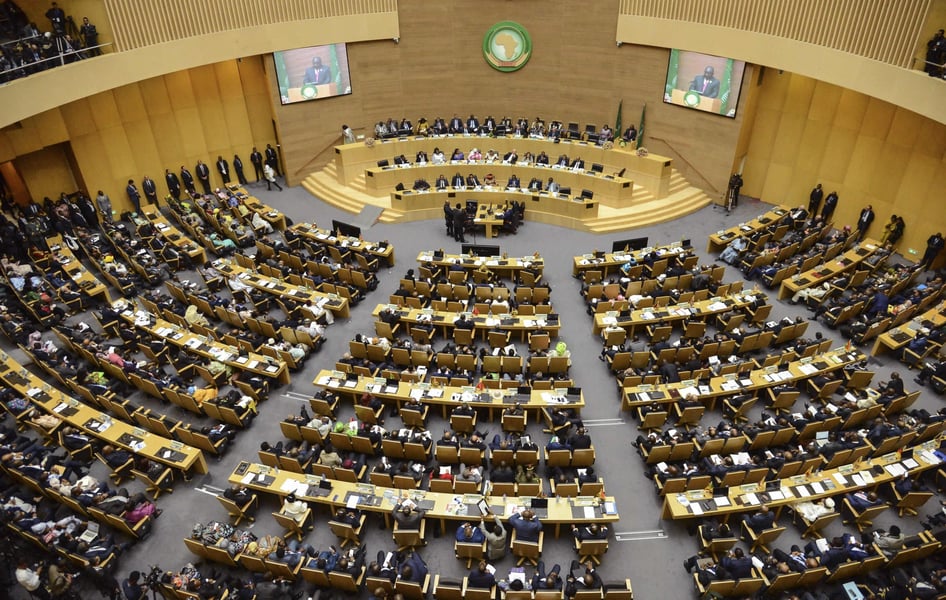 As an African Christian, I am shocked that some African countries have supported Israel’s accreditation to the African Union (AU). It is shameful that certain Christian leaders in Africa have even asked their governments to lobby the AU to keep Israel’s accreditation.  Many unsuspecting Christians in Africa have celebrated Israel’s return to the AU. How can we, as Christians, celebrate and support Israel – a state that is waging a war on the indigenous Christians of the Holy Land, and erasing their presence?

Palestinian Christians - the descendants of Abraham, Isaac, Jacob, and Jesus Christ – are under threat of extinction due to Israel’s occupation.  Israel’s checkpoints, its permit system, blockades, home demolitions, detention without trial, and bombings have made it almost impossible for Palestinian Christians - whose ancestors were the first to hear Jesus’ message of love - to practise and live their faith.

As an African from thousands of miles away, I can enter and explore the sacred city of Jerusalem. Yet, Christian Palestinians – whose families go back hundreds of years in Jerusalem and Palestine, and who live just kilometres away from Jerusalem - are prevented from entering that sacred city.  These indigenous Christians must beg for permission to visit, or endure humiliating searches from Israeli soldiers and pass through walls and checkpoints, just to visit Jerusalem. Does this situation not remind us of the worst days of colonialism and apartheid where we - as the indigenous population - were treated as second-class citizens in our own land?

As we prepare to celebrate Christmas, remember that Israel will allow only a few hundred Palestinians to visit the tomb of Christ in the Church of the Holy Sepulchre. Some Palestinian Christian clergy are totally prohibited from visiting Jerusalem because they oppose the occupation. Christians from the besieged Gaza Strip are also not allowed into Jerusalem.

Israel conducts itself in a most un-Christian manner.  In December last year, the Church of All Nations in Jerusalem survived an attempted arson attack from an Israeli settler. The church is built on land which is - according to some Christian traditions - the property of Saint Anne - the mother of Mary and the maternal grandmother of Jesus Christ. This was the fourth attack against the church. In March this year, the Greek Orthodox Church of Jerusalem was attacked four times by Israelis.

Israeli settlers regularly deface the walls of churches and monasteries with racist graffiti. This barbarism takes place under the watch of Israeli soldiers, and is a violation of international law and the basic principles of religious freedom and respect.

What is the international community doing? What are African churches doing? Welcoming Israel with open arms!

A plea from Palestinian Christians

In 2009, Palestinian Christians from various denominations painfully described to the world their suffering under Israeli occupation.  “Reality is the daily humiliation to which we are subjected at the military checkpoints, as we make our way to jobs, schools or hospitals. Reality is the separation between members of the same family, making family life impossible for thousands of Palestinians,” wrote our Christian brothers and sisters.

Our Christian brothers and sisters in Palestine have – rightly - declared the occupation an evil sin. For this sin to be committed in the land where Jesus was born, raised, where he ministered, was crucified, rose and ascended, makes it necessary for us as Christians to take the situation of Palestinians even more seriously and act more urgently.  Jesus Christ must be weeping at the injustice that he sees in occupied Palestine meted out against Palestinians.

Israel has made it so difficult for indigenous Christians to practice and live their faith, that many feel there is little hope for a better future, and are leaving the Holy Land. The Holy Land is being emptied of its indigenous Christians. This is an assault by Israel on the Christian faith that the church, and indeed all Christians, must speak out against. Yet, some African Christian leaders continue to misguidedly support Israel.

Criticising Israel is not anti-Christian

There is an often misquoted statement in the Bible that “those who bless Israel will be blessed and those who curse Israel will be cursed”. The Israeli government and its Christian fundamentalist supporters in Africa have wrested this text from its context. They want believers to accept that any critique of the state of Israel - for its numerous violations of international law and acceptable standards of basic human rights and decency - is to curse Israel and incur God’s Wrath. This is not true.

We must not be blind to the atrocities committed by Israel because we are hungry for blessings. Our quest for economic prosperity cannot trump our conscience and our love for others as we love ourselves. We cannot be happy to throw Palestinian people under the bus of Israeli oppression, because we believe that this will earn us the blessings of the heavens.  This is an annulment of everything the just Christian gospel stands for.

It is in defence of the Christian gospel that we as African Christians must renounce - in the strongest terms possible – any attempts to defend the Israeli occupation and oppression of the Palestinian people using the Bible. This kind of Christianity makes the Christian faith a servant of oppression, similar to how the Bible was used to justify apartheid in South Africa.  We refused to allow apartheid South Africa to join the Organisation of African Unity (OAU). Why, then, is apartheid Israel, being welcomed in to the African Union?

One of the central messages of the gospel is that those liberated by God cannot be made slaves by anyone. But this is exactly what is happening today in occupied Palestine. Israel is asking the Palestinian people to let their freedom die, so that the Israeli people can live.

In the Holy Land, we see one group of people committed to security, justice and peace for themselves that is built on injustice and occupation for another set of people. We see one human being living at the expense of another human being.  Jesus Christ died and rose from the dead to give life for all, to enable everyone to triumph over death and become a maker of life, justice and peace for oneself; their people; and all the peoples of the earth.

Freedom for one group cannot come through the oppression of another. Israeli security and peace cannot be built at the expense of Palestinian security, dignity and peace. The occupation of Palestinian life must end, so that both Israelis and Palestinians may live as equal human beings.

The time for us to express our understanding of faith is now. As African Christians who have witnessed injustices and colonialism, standing on the side of justice should be natural to us.

Until it ends its occupation, colonization and apartheid against the Palestinian people, Israel cannot have a place in the African Union.

Opinions solely belong to the authors and they are not the official position of Allnews.ng