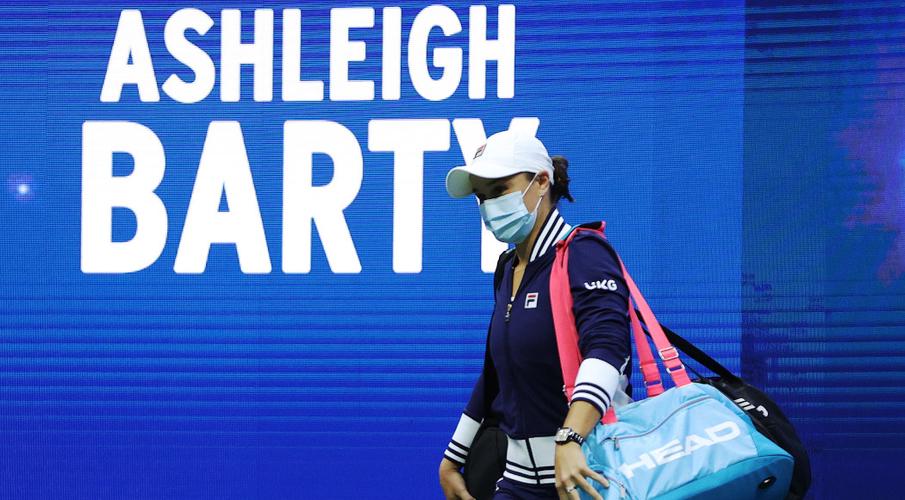 World No. 1 Ash Barty was crowned WTA Player of the Year for the second time and US Open champion Emma Raducanu took the Newcomer of the Year title, the governing body of the women's game confirmed on Tuesday.

Australian Barty, who won the title in 2019, won a tour-leading five titles this year including the second Grand Slam trophy of her career at Wimbledon where she beat Czech Karolina Pliskova in the final.

She also defended her title at Miami and triumphed in Melbourne, Stuttgart and Cincinnati to secure her third year-end No 1 ranking in a row.

Raducanu, 19, entered the US Open as a qualifier ranked 150th in the world and ended it as Britain's first female Grand Slam champion for 44 years.

Czech Barbora Krejcikova took the WTA prize for the Most Improved Player of the Year following a stellar season in which she won the French Open singles crown.

She also excelled in doubles with playing partner Katerina Siniakova, with the pair earning the Doubles Team of the Year award which they also won in 2018.

Carla Suarez Navarro was named the Comeback Player of the Year award.

The 33-year-old announced in September, 2020 that she was being treated for early stage Hodgkin lymphoma and underwent months of chemotherapy and radiotherapy before returning at Roland Garros in June.