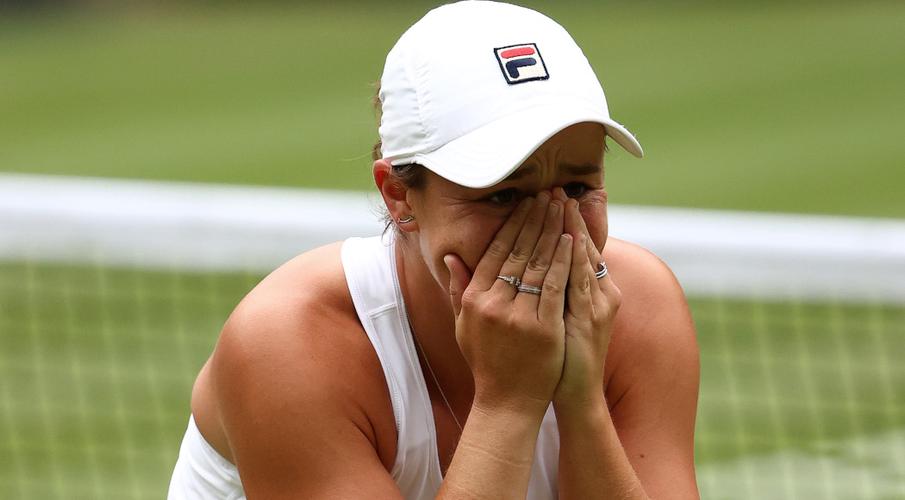 World No. 1 Ashleigh Barty will return to action for the first time in four months at Adelaide in January while Naomi Osaka and Rafael Nadal kickstart their Australian Open build-up in Melbourne, officials said Friday.

Barty hasn't played since a shock third-round loss at the US Open in September, but the Australian still finished 2021 as WTA top-ranked after a season in which she won five titles.

The reigning Wimbledon champion headlines an Adelaide International field that boasts nine of the world's top 10 women, including Iga Swiatek, who will be defending her title.

Former world No 1s Garbine Muguruza, Karolina Pliskova and Victoria Azarenka are also entered for the January 2-9 event, along with world No 2 Aryna Sabalenka.

The only top 10 players missing in Adelaide will be seventh-ranked Estonian Anett Kontaveit.

Defending Australian Open champion Osaka, who has slipped to 13 in the world, will play at the Melbourne Summer Set event from January 3-9, which features simultaneous women's and men's tournaments.

She will be joined by US Open champion Emma Raducanu, whose form has slumped since her shock win at Flushing Meadows.

Others on the Melbourne bill include Simona Halep, Elise Mertens and Anastasia Pavlyuchenkova, the top-ranked player at 11.

US great Serena Williams, who is marooned on 23 Grand Slam titles – one short of the all-time record held by Margaret Court – has pulled out of the Australian summer, saying she was not "where I need to be physical".

Most of the leading men are scheduled to start 2022 at the ATP Cup in Sydney from January 1, including nine-time Australian Open champion Novak Djokovic, Daniil Medvedev and Alexander Zverev.

But Spanish superstar Nadal opted to skip it and will instead have a lower-key preparation in Melbourne at a tournament also featuring former world No 3 Grigor Dimitrov.

Nadal, competing with Djokovic to be the first man to reach 21 Grand Slam titles, has hardly played since losing in the semifinals of the French Open.

He plans to make his tennis return at an Abu Dhabi exhibition later this month before travelling to Australia, where all players are expected to be fully vaccinated against coronavirus.