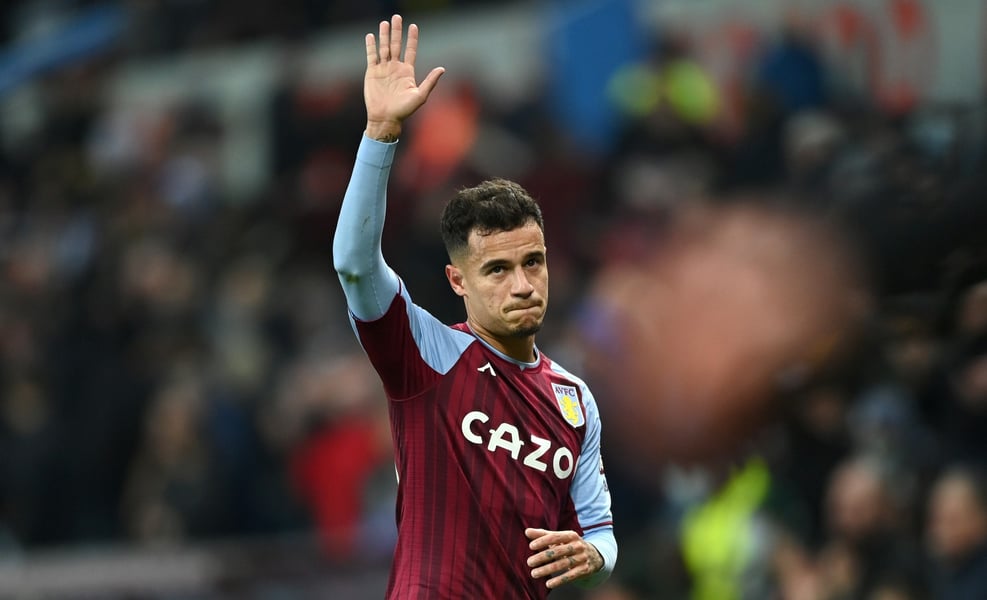 Barcelona said they had inserted a 50% sell-on clause for any future sale of Coutinho, who bagged four goals and three assists since initially signing for Villa on loan in January.

At Villa, Coutinho was reunited with former Liverpool captain Steven Gerrard, with the pair playing together at Anfield from 2013 to 15 and Gerrard now managing the Premier League team.

"This is a brilliant signing for Aston Villa. Phil is a model professional and his impact on the group has been very clear since he joined in January," Gerrard said in a statement by Villa.

"With the way, he conducts himself on and off the pitch, he’s also a valuable role model for our younger players who can only benefit from his experience."

Brazil international Coutinho joined Barcelona in January 2018 for approximately £142 million but had not been able to establish himself in the first team at Camp Nou and he spent the 2019-20 season on loan at Bayern Munich.

Villa are 12th in the league and host Crystal Palace on Sunday.