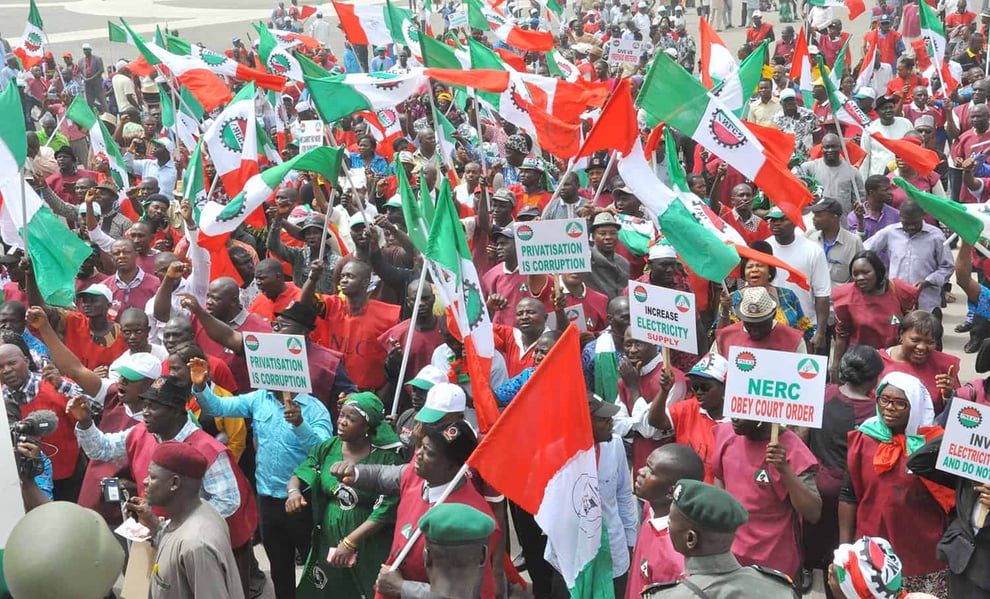 The Nigeria Labour Congress (NLC) is in disagreement with the government of Rivers State over the planned protest in solidarity with members of the Academic Staff Union of Universities.

The government, through the state Head of Service, Rufus Godwins, had earlier warned to punish any civil servant who joined the strike out of sympathy, while speaking to workers in Port Harcourt.

According to Godwins, the government was not owing lecturers or civil servants in the state, therefore, they had no reason to join the strike.

“This does not detract from the rights of civil servants to belong to their different unions.

“But they cannot take part in a strike under the guise of a sympathy strike with another agency or another tier of government which is not fulfilling its obligation to its own staff while we are doing our own.

“That is why I say you cannot go and do a sympathy strike.

"When we owe you, then that is a different ball game. We do not owe our civil servants.

“Our universities are running. We are fulfilling our obligations to them,” he said.

He further stated that an attendance register would be made available to ensure disobedient workers are figured out and punished accordingly.

“Under the public service rules applicable to the services, every civil servant knows that absence from duty is an act of misconduct and there is a punishment for it.

“Malingering, loitering, refusal to treat files; you can’t be away from your duty without permission, you will be queried.

Responding, the state chairperson of the NLC, Beatrice Itubo, discredited the assertions that the union had plans of embarking on a solidarity strike from Wednesday.

Itubo, however, reacted to the meeting convened by the  Head of Service to threaten the civil servants in the state.

“Nobody has called for any national strike. What happened was that we went for a National Executive Committee meeting last Thursday.

“There, the directive was given at the floor of NEC that the labour family wants to join ASUU and the students in solidarity.

“Based on that we should come back home and sensitise our people so that any day the whistle blows, we will all join.

“So, I don’t know where the Rivers State Government got their news that we are going to begin a nationwide protest.

“There is nothing like that. Check all our websites.

"But of course, everybody in this country is in solidarity with ASUU and also sympathising with the students who have been at home for almost six months now.

“It is because most of their children are not studying here in Nigeria,” she said.

The state NLC boss maintained that the government had no right to stop organised labour if they decided to embark on a strike, calling the intended sections "mere threats''.

“The workers know better. When we get to that bridge, we will cross it,” Itubo added.