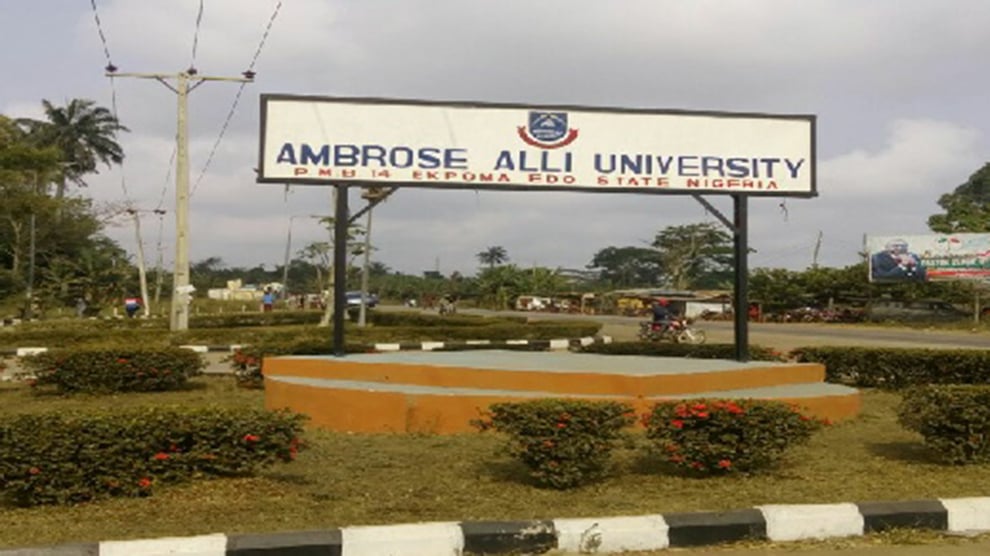 The Benin zone of the Academic Staff Union of Universities (ASUU) has enjoined the Edo State government and the National Universities Commission (NUC) to urgently intervene in the ongoing industrial crisis at the Ambrose Alli University (AAU), Ekpoma.

The coordination of the zone, Prof. Fred Esumeh, who made this request at a news conference on Monday in Benin, said the appeal became necessary after the blackmail against the Benin chapter of ASUU in the university.

Esumeh, who spoke on behalf of the other chairmen present at the conference expressed discontent at the irregular payment of salaries, the mismanagement of resources and the poor funding by the management.

He noted that the recent decrease in the monthly aid to the university from N270 million to N41.3 million has resulted in workers being owed 20 months salary arrears from 2020 to date and 15 months of unremitted reductions putting the total debt at N4 trillion naira.

“The state government must of a necessity intervene at this point to clear the arrears of emoluments of workers of the university.

“For what it is, the problem is a catalyst for industrial crisis and therefore a threat to the smooth running of the academic calendar and the general administration of the university,” he said.

Esumeh called for the settlement of all outstanding payments, threatening to enrol on a local strike after the suspension of the national industrial action by the union, urging the Edo government and the NUC to do the needful.

“All outstanding emoluments – salaries, check-off dues and other deductions of staff in the university should be paid without further delay to avoid the continuation of the local strike when the national strike is suspended.

“The Edo Government should approve a bail-out fund for the university and satisfactorily increase the monthly subvention to the university.

“The ongoing academic fraud in the university should be investigated and dealt with decisively. We, therefore, call on the regulatory agency, the NUC, to immediately do the needful.

“The Edo Government should make haste to release a white paper on the report of the Special Visitation Panel to the university in October 2020 to deter further embezzlement of the finances of the university and mismanagement of its affairs,” he said.

Speaking to the News Agency of Nigeria (NAN), Prof. Sonnie Adagbonyin, the Vice-Chancellor of AAU, however, blamed the crisis on the lack of understanding of the institution's peculiarities by the union's leadership.

The VC noted that the government has never held back in its financial commitment and the release of monthly subventions to the university.

“And we must emphasise that government has never failed in bringing its own component of the subvention.

"There is no month that the government has reneged in paying subvention to the university.

“The union’s quarrel is that it is not as much as it used to be.

"But they have also failed to realise that within the university system, our capacity to discipline the resources and all the things that we do also have a role to play in sustaining us as a university.

“That has been the missing link. People just look at the amount government brings and begin to complain.

"How can this be enough to pay this or salary and can this settle the whole issue on ground?

“I want to say that what has always created a backlog of unpaid salaries is not what government brings.

"It is not the IGR the university generates. It is the consistency in the fragmentation of academic calendar.

“And I think that it is what offended government to the extent suspending activities of unions in the institution,” Adegbonyin explained.