ASUU Strike: It Will Be Resolved Very Soon  — Chris Ngige 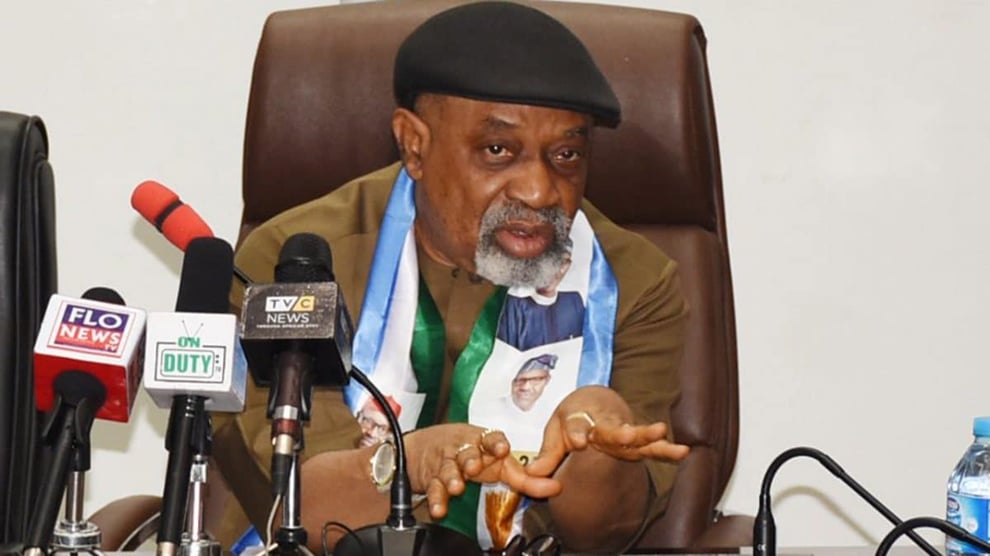 Minister of Labour, Senator Chris Ngige has said the conflict between the Federal Government and the Academic Staff Union of Universities (ASUU) would be resolved very soon.

Ngige stated this while giving a progress update on the issues between the parties in a tweet on the official ASUU Twitter handle.

The minister said the initial problems included money, recounting, and welfare before the issues of the 2009 ASUU-FGN agreement were also brought to the table.

Ngige said the change of the payment platform of ASUU members from IPPIS to UTAS is another bone of contention.

He maintained that the NITDA was ordered by the government to test the three platforms and report on June 17, 2022, which was last week Friday.

The government, according to Ngige, expects the report from NITDA today, June 23, 2022.

"By February 21, I cut short my trip to an African session conference in Botswana and we held a conciliation with the Ministry of Education and the NUC.

"As the issue is bordered on money, remunerations, welfare, we did another conciliation meeting inviting the Ministry of Finance, Budget Office of the Federation, National Salaries, Incomes and Wages Commission and again, with their employers on the first of March.

"After that, it became clear that two cardinal things were still keen: the issue of renegotiation of welfare package, as in the 2009 agreements.

"That agreement says you can review every five years. That issue stuck out like a sore thumb. Then another issue arose.

"The payment platform of University Transparency Accountability Solution, which said they’ve invented. They don’t want to be on IPPIS; that IPPIS was amputating their salaries and taking off certain allowances.

"No worker can dictate to his employer how he/she will be paid.

"As the Conciliator-in-Chief, I have not gotten any report from education. What the government did at the last meeting was to say, NITDA, test the three platforms and give us reports.

"Their term expired last Friday. That’s why we’re calling them to come 23/6/22 and brief us,” Ngige explained.