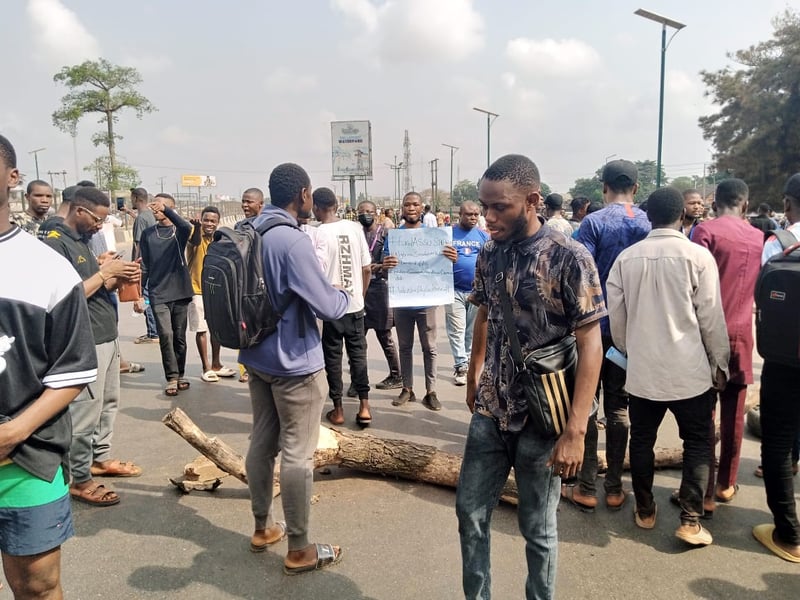 Protesting Ondo State students took to their heels as men of the Nigerian Army allegedly stormed the protest location on Tuesday.

The students, mostly from Adekunle Ajasin University, Akure (AAUA) who came out in their numbers yesterday to protest the prolonged Academic Staff Union of Universities (ASUU) strike, blocking the Akure Road, had gone out today to block other major roads.

Newsmen report that while the students were protesting, soldiers, some on foot and holding guns, followed by a van, disrupted the protest firing gunshots as they moved.

The soldiers were seen at the protest location yesterday, but not until today did they shoot and interrupt the students' demonstration.

One of the students screamed “What happened in Lekki is happening again in Ondo!” in a video, while another said, “they’re killing us” .

The banners and placards used in the protest were reportedly destroyed in the course of the rampage.

AllNews Nigeria reports that men of the Nigerian Army also had a clash with students who protested the ASUU Strike in Ibadan last week.

As the ASUU strike lingers, Nigerian students who are tired of the situation have since last week taken to major roads to protest.