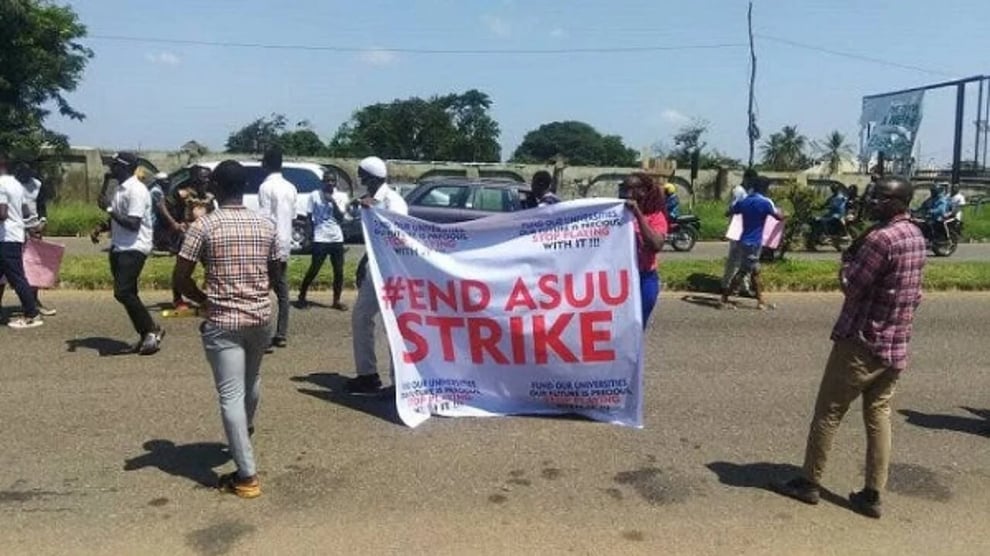 Aggrieved students from Nigeria's northern states took to the streets to protest the ongoing strike by the Academic Staff Union of Universities (ASUU) in Taraba State capital, Jalingo on Friday.

The undergraduates under the aegis of the Coalition of Northern Groups’ Students asked traditional rulers, civil society organisations, and government at all levels to immediately intervene and put an end to the strike.

While rallying their cause, they barricaded the busy Jalingo Expressway, causing gridlock for motorists.

Addressing pressmen, the National Secretary-General of the Coalition, Emuseh Gimba, stated that the government has refused to listen to the demands of the lecturers.

"The Federal Government has refused to listen to ASUU or even consider their plea. This is something we are supposed to be responsible for,” she said.

"These same people in government have once been students. These people have enjoyed free education in the past.

She further disclosed that students in Kaduna, Katsina, and other northern states are worried by the worsening state of insecurity in the nation.

Gimba lamented the incessant kidnappings and banditry in the region, accusing the government of making life miserable for students by worsening issues with the lingering strike.