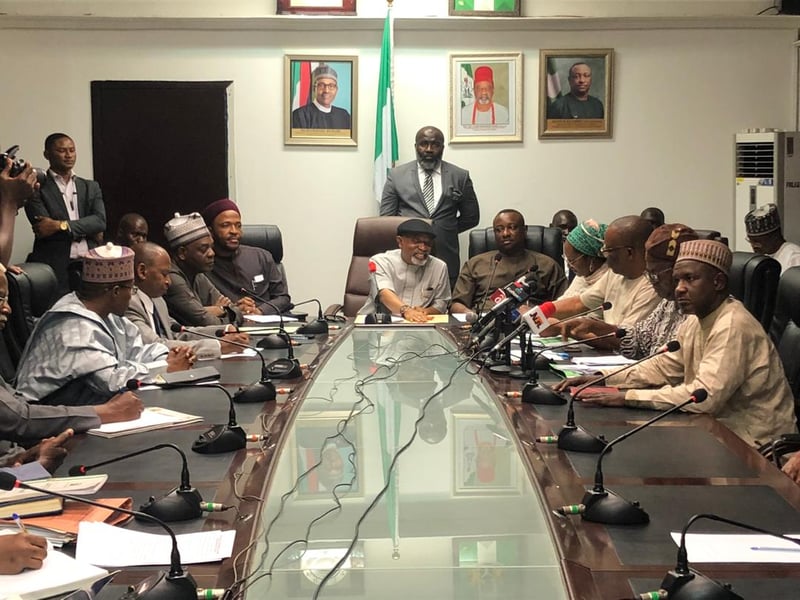 ASUU and the Joint Action Committee of NASU and SSANU are currently on strike; the former since February 14 and the latter since April 14, 2022.

The unions resolved to industrial actions to reiterate their demands for the implementation of agreements signed with the Federal Government including improved welfare and better working conditions.

The national leaders of the unions, Prof. Emmanuel Osodeke and Mohammed Ibrahim said the meeting the Federal Government, stakeholders in the education sector, and religious leaders had with ASUU and the JAC of NASU and SSANU did not yield strong agreements.

This was against what was said by the MNgige had said Minister of Labour and Employment, Senator Chris Ngige in a report released last weekend.

“We had a cordial and fruitful discussion; we looked at the issues dispassionately and reached some agreements, to the satisfaction of everybody in attendance,” Ngige had said.

Osodeke called Ngige's claim a political statement, he however said:

“We are not aware that we are calling off the strike.

"We met but there was nothing concrete between us and the government.

"Like we said before, we do not want promises, we want actions.

"If they show action and implement all the issues, we will go to our members, but knowing their antecedents, we know they will not do anything.

“They promised us since December 2020 and it is going to a year and a half, they have not done anything. We are waiting for them.

“As far as we are concerned, only when they sign our agreements, accept UTAS, release EAA and revitalisation funds will we call the strikes off.”

“We are not talking about calling off strike now,” Ibrahim said.

The meeting was chaired by the Chief of Staff to the President, Prof. Ibrahim Gambari.