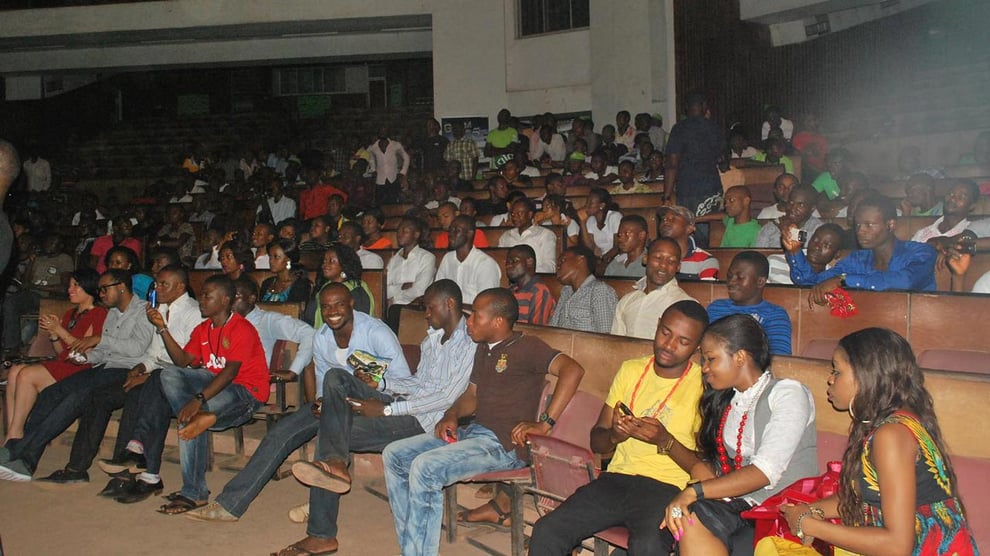 The enraged students stared at the SUG president as he barricaded the campus gate; a lone figure facing a multitude bent on making a statement. It was a confrontation neither side enjoyed but something that had become inevitable at this point. As tensions rose under the scorching sun, several kilometres away, Blessing smiled as she mixed the ingredients for her cosmetics brand. The only thing both scenarios have in common is that they were brought about by the lingering ASUU strike.

Just like the other times ASUU has taken to industrial actions to reiterate its demands, the ongoing strike commenced on the day love is universally celebrated, February 14; causing public university students to always remember the day, only not for the expected reason. 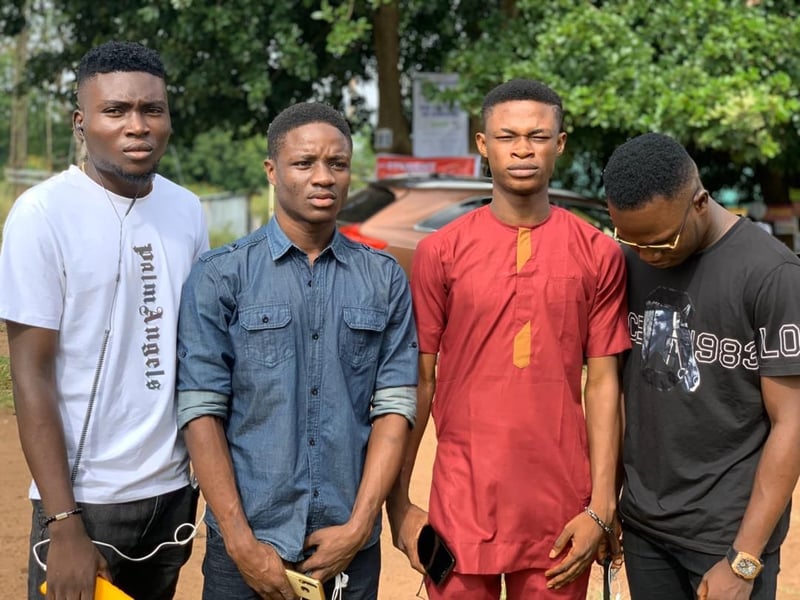 Nigerian students in higher institutions, secondary schools, and even primary schools, are not new to the acronym ASUU since the university-based union has resorted to industrial actions, the most popular of which are strikes, at least 16 times in the past two decades.

For the most part, ASUU embarks on strike due to the failure of the federal government to improve the welfare of lecturers in government-owned universities.

It is common knowledge that students often bear the brunt of the consequences of such strikes as they have to stay at home, losing several precious weeks (sometimes months) to the industrial action.

Below are some of the travails of students who have been affected by the ongoing strike action:

'My Friends Will Graduate Soon While I Tarry In 300 Level'

Kehinde Sanni, a 300-level Pharmacology student of the Olabisi Onabanjo University (OOU), Ago Iwoye said the strike came to her as a shock, as she had planned her life, from how she would graduate and serve her fatherland, to how she would begin to work.

“The strike came as a shock because when they started the ASUU strike palava, I had no plan of coming home or doing anything.

“I had already planned when I'll be done with my undergraduate programme, when I'll serve, and start working, so I wasn't prepared for the strike.

“I was in a class when I heard we would go on strike. I prayed to God to avert it because there was nothing to do at home.

“I am the type who reads daily at school, and I thought about doing the same at home. I knew I would be distracted, lose concentration, and lose the habit of reading.

“I knew I would have to help my mum in her shop and do one or two things.

“These thoughts made me stay back at school for the first month of the strike, hoping they would call off the strike.

“To me, the strike has had no positive impact, they are all negative. Maybe it's because I'm in my penultimate year and I've planned my life and when I'll be done with school.

“Now, I'm home doing nothing. If there was a particular day fixed to call off the strike or if we knew how long it would last, it would have been better. But the strike is indefinite.

“Initially, it was just for a month, then they added eight weeks. Now, I've been hearing they would add 16 weeks or so.

“What do I want to do at home while the strike is on?

“Again, most of my friends are from rich homes and they attend private schools, but I attend a state-owned school that the strikes affect.

“My friends will graduate two months from now while I am struggling at 300 level. It's really making me feel down.

“My friends will serve and start working before me. When I think about that, it makes me down.

“Again, it's tiring. We had gone on strike for eight months before now due to the COVID-19 pandemic. I'm just still hoping they just call off the strike.

“Meanwhile, my exam was very close before we embarked on the strike and I was already getting prepared for it.

“I think it was a month before my exam when we went on strike. Now I have to read again and I'll be distracted at home. 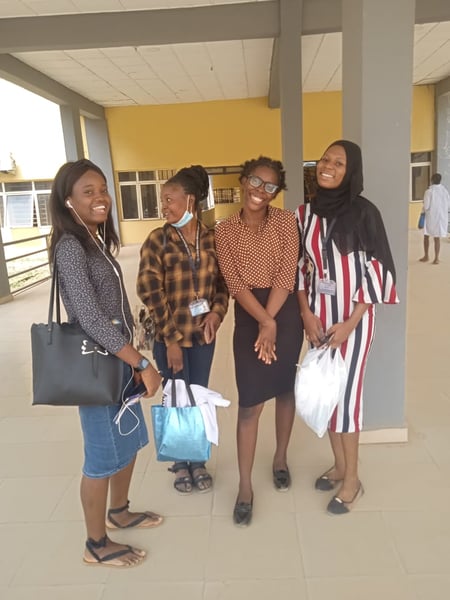 “One can't wait till this strike will end and all that.

“So, that's my opinion. It didn't affect me positively. It was in 2020 that it affected me positively because I embarked on my makeup business and all sorts of things.

“But now, I combine all three; makeup and cloth businesses and reading. Now that I'm at home, I am even more idle.

“I'm trying with the business but it's hard at the moment for entrepreneurs because of the state of the economy.

“So, I just hope they call off the strike.”

'It's Been Helpful For Me, I've Gotten Fatter'

On the other hand, Blessing Olutomi (who was introduced earlier with her cosmetics brand) sees the strike as a blessing (no pun intended!) as it has helped her business thrive.

The 400-level student of the Federal University of Technology, Akure (FUTA), has seized the opportunity to put some things in place for her booming brand, stating that the strike has helped her.

“Honestly, the ASUU strike has been awesome and amazing for me and my business. I’d say the positive impacts are more than the negative.

“Actually, the only negative impact I feel I have right now is the fact that there's a little bit of delay, but there’s nothing that speed cannot fix. 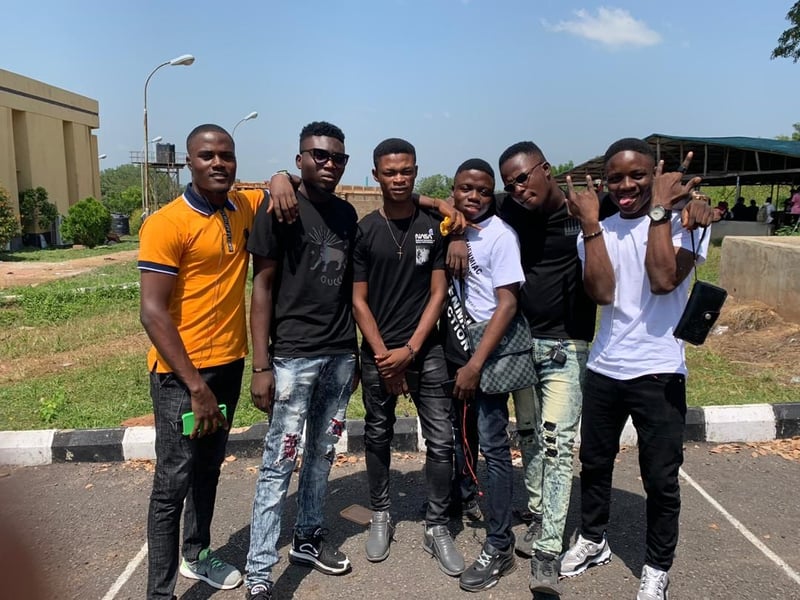 “Basically, it has been really helpful for me, plus I’ve gotten fatter. I’ve formulated new recipes.

“I've gotten time to think, rethink, and also re-strategise about life basically. I just want it to end at the right time,” Blessing said.

'My Creative Side Has Enlarged'

The experiences of both students are expected as they are bound to find themselves on both sides of the fence when it comes to the ASUU strike.

But there are also those who have had mixed feelings about the whole thing.

“Initially, I was happy about the strike because I thought I needed time to rejuvenate”, says an unnamed final year student of English Language, University of Ilorin (UNILORIN).

“Last semester was a whole lot; a whole lot for me emotionally, physically, mentally, and so on. Then I said, this strike, I could actually use it to rest and just get myself together for the new session.

“Coupled with the fact that. I didn't have a place to stay because they evicted us from our hostel.

“I got a call on my birthday that they threw our stuff out. So, I didn't want to go back to school with that kind of scenario going on.

“I just wanted everything to be settled. So I felt I could use this month to learn a skill or improve a skill like my writing and all that. You know, earn money through other means apart from...

“I said I was going to maximise these eight weeks, so I started looking for a job and I actually found one in line with my writing.

“The negative side of this strike is that it has affected my relationship with people, you know, not seeing people. 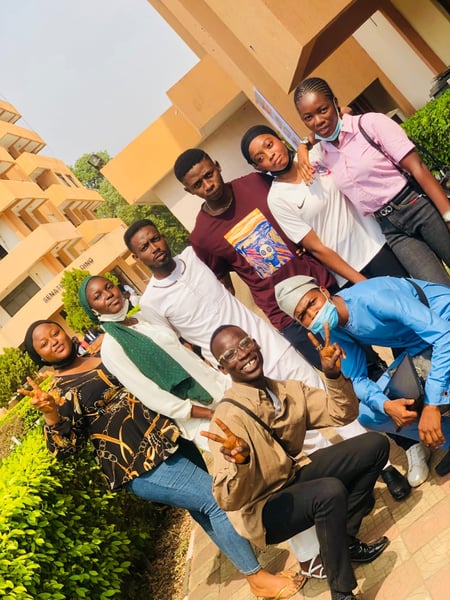 “I used to be that person who always checked on people at any point. But since the strike started and I found myself in the midst of a whole lot of things, I've not had the time to reach out to my friends. I hope they are fine.

“I don't know if I have friends anymore because no one is calling me and I'm not calling anybody too.

“I'm a church leader and my members are not really responding to me, but I understand that everyone is at home and it feels like we’re all relaxed and all of that.

“So, when we ask them certain things they feel like ‘Oh, I’m at home’, that kind of thing.

“So that's the only part that's really painful to me; my relationship with people, my members, and all that.

“Still, on the bright side, the strike is helping me buy time in the sense that I have the time to learn some other things to do and invest in myself before I’m done with school.

“I feel like it has more positive sides than negative."

What then is the fate of newly admitted students who have four, five, or even seven years ahead of them before they move to a new phase?

A 100-level UNIBEN student who pleaded anonymity expressed her pain as it dawned on her that her dream of graduating in four years has been thwarted, closely followed by her hope for a better Nigeria.

"The negative effects are more than the positive.

"Imagine me, a 100 level student who just entered school thinking of a better future, taking a course of four years that won't be four years now.

"Like I'm pained. I can't read because it's not easy, and the distraction from home is too much. 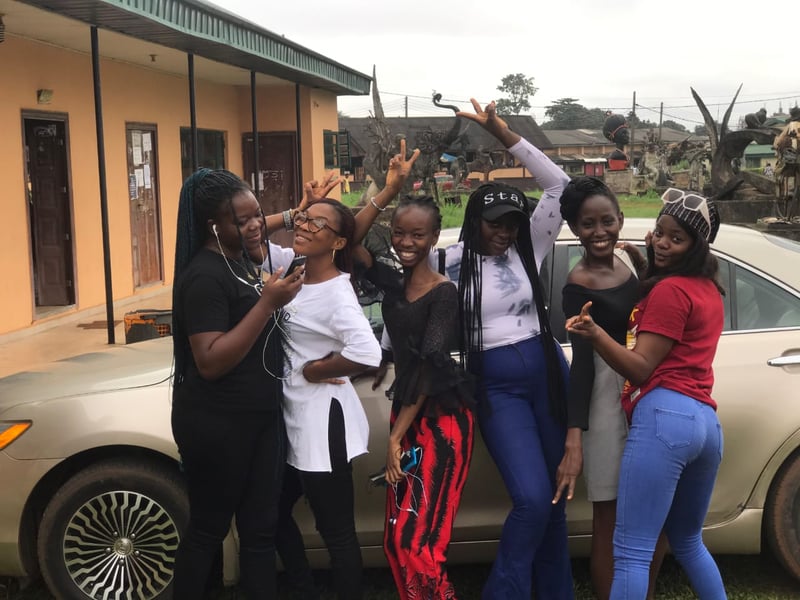 This strike is making me lose hope in Nigeria as a whole. I'm tired!

"No positive effect on my side except the fact that I'm working and getting money. Aside from that, nothing else."

'We Don't Even Know Our Fate Yet'

Which hurts more, being stuck at the beginning or the end of a journey? If this final year OAU student (names withheld) were to answer that question, he would go with the latter option, as according to him:

"The only negative experience is that we don't even know our fate yet. They've refused to release our final year results because there's a delay in our clearance.

"Even without the strike, some of us would still have started working or learning a thing or two.

"I'd have said it would have allowed us to work, intern, or learn skills, but then, we could have still done those if the academic calendar was running smoothly since I am a final year student."