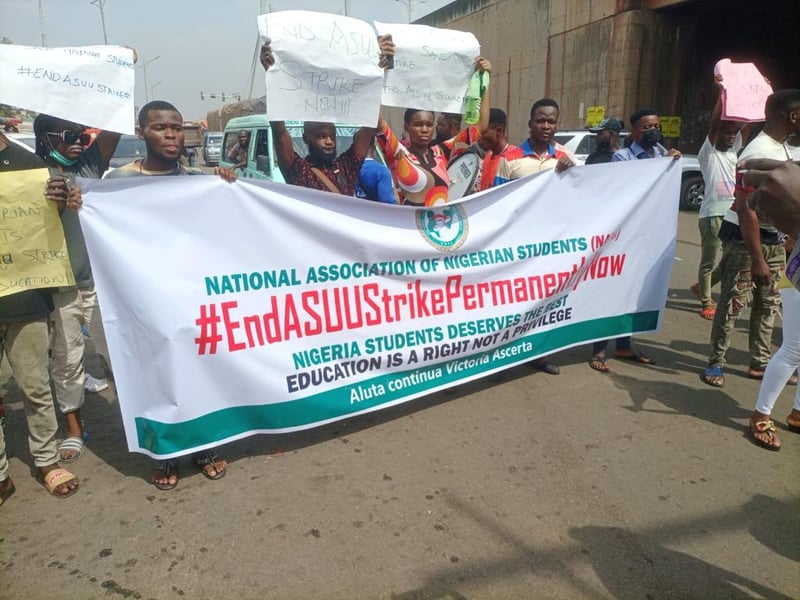 The Council of Student’s Union Presidents (CSUP) has stated that students are the ones suffering the most from the ongoing strike action by the Academic Staff Union of Universities (ASUU).

Ishaka Yahaya, the Student Union President (SUG) of the Federal University of Technology (FUT), Minna who spoke on behalf of all SUG presidents made the comment at a news conference in Abuja on Thursday.

According to him, the federal government and ASUU have nothing to lose in the strike as those most affected by it are Nigerian students who have everything to lose.

“It’s true when they say, when two elephants meet, only the grass suffers.

“It is quite obvious here that both the Federal Government and ASUU have nothing to lose in this fight.

“This is because while the strike is ongoing, the salaries of Federal Government staff keep flowing and at the end of every strike, nothing stops the salaries of ASUU members from also flowing.

“The only most unfortunate and innocent victim here you would agree with us, are the Nigerian students, who have everything to lose.

“Even when the strike would have been called off, so many of the students would not be able to serve the nation due to the age limit.

“So many students after graduation would not be able to get government jobs due to age limit consideration", Yahaya stated.

Speaking further, he said that the strike had led to an increase in the rate of drug abuses, prostitution and thuggery, among other vices indulged in by the students who ought to be in classrooms learning.

“We hereby appeal to the Federal Government to meet the demands of ASUU within the shortest period of time as failure to do so would leave us with no option but to go ahead with our peaceful demonstration even amidst this security instability.

“For it’s better to die for something than to live for nothing", Yahaya added.