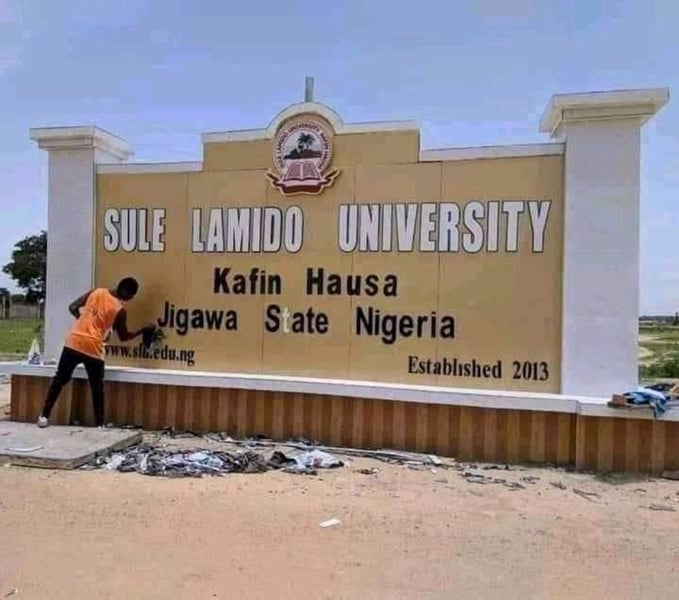 The management of the Sule Lamido University Kafin Hausa, Jigawa State, has ordered members of its academic staff to pull out of the ongoing strike by the Academic Staff Union of Universities (ASUU) and return to work on Monday, August 29, 2022.

This was disclosed in a statement signed by the registrar of the University and Secretary of the council Adamu Muhammad on Monday.

According to Adamu, the decision was made after the Varsity's 30th Emergency Meeting of the Council on Monday, August 29, 2022.

He added that all Heads of Departments have been directed to mark members of staff who resume between August 29 to September 5, 2022.

"Sequel to the 30th Emergency Meeting of Council held today, Monday 29th August 2022. I am directed to request all those on strike to suspend the ongoing strike and return to work immediately.

"All heads of Departments are, by this notice, directed to take register of staff who return to work today Monday, 29th August to 5th September 2022," the statement read.

ASUU in the early hours of Monday extended its six-month-old strike after its National Executive Council meeting.