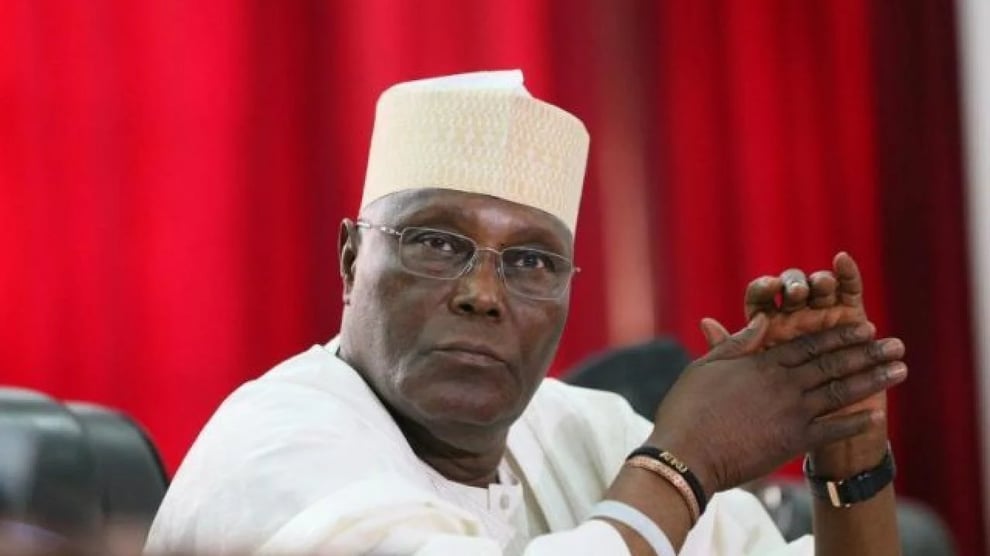 Former Vice President Atiku Abubakar was forced to delete a post he shared on Twitter after it got him threats for commenting on Deborah Samuel, the student of Shehu Shagari College of Education killed for blasphemy.

Deborah Samuel was beaten to a pulp and burnt to death on Thursday by male Muslim students who accused her of Prophet Muhammed through their WhatsApp platform.

Following the tragic incident, the school authority has shut down academic activities indefinitely.

Commenting on the tragedy via his Twitter handle, Atiku Abubakar condemned the act, saying that there was no justification for the gruesome murder.

He called for justice to take its course on those behind the killing while sending condolences to Deborah's family and friends.

Irked by his comments, some religious fanatics took to the comments section and threatened to withdraw their support for the presidential aspirant in the 2023 election.

On Friday, it was observed that the post had been deleted. See a screenshot of the post and a few reactions below: 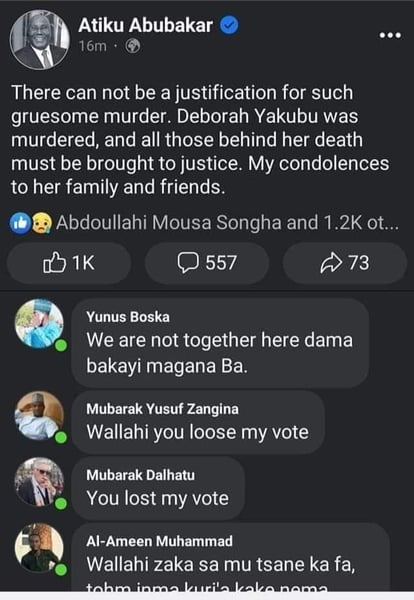