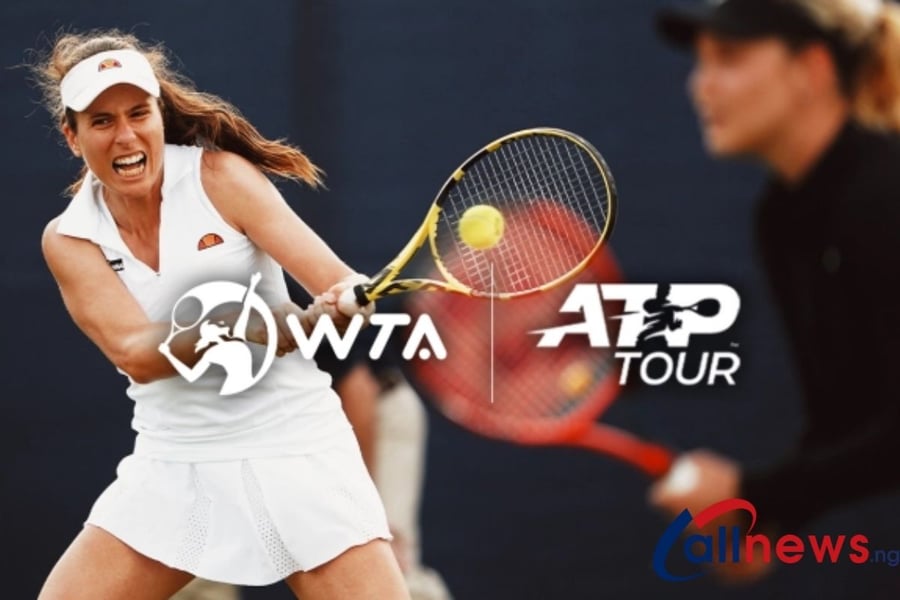 Russian and Belarusian tennis players will be allowed to continue competing in ATP, WTA tournaments, and Grand Slam events, the sport's governing bodies said on Tuesday.

A joint statement from the ATP, WTA, ITF, and the organisers of the four Grand Slam competitions said Russians and Belarusians can keep competing in professional events "at this time", despite Russia's invasion of Ukraine.

However, they will not be allowed to compete under the name or flag of Russia or Belarus.

The ITF has suspended both countries from team events, the Davis Cup and Billie Jean King Cup.

And the ATP and WTA tournaments set to be held in Moscow in October have been suspended.

The International Olympic Committee on Monday urged sports federations and organisers to exclude Russian and Belarusian athletes and officials from international events.

Fifa and Uefa followed suit by banning Russia from international football tournaments with World Athletics and cycling's UCI among the many governing bodies also to implement a ban.

"A deep sense of distress, shock, and sadness has been felt across the entire tennis community following Russia's invasion of Ukraine in the past week," said the joint statement.

"Our thoughts are with the people of Ukraine, and we commend the many tennis players who have spoken out and taken action against this unacceptable act of aggression. We echo their calls for the violence to end and peace to return."

However, the decision to stop short of an outright ban is a controversial one.

Part of the IOC's reasoning for their recommendation was the impact the participation of Russian and Belarusian athletes could have on Ukrainians competing.

World number 15 Elina Svitolina had said she would not compete against Russian or Belarusian opponents unless all national emblems, flags, and colours were removed.

Svitolina is due to play Russian Anastasia Potapova in the first round of the Monterrey Open in Mexico later on Tuesday.