Australia: Rescuers Save 32 Of 230 Stranded Whales 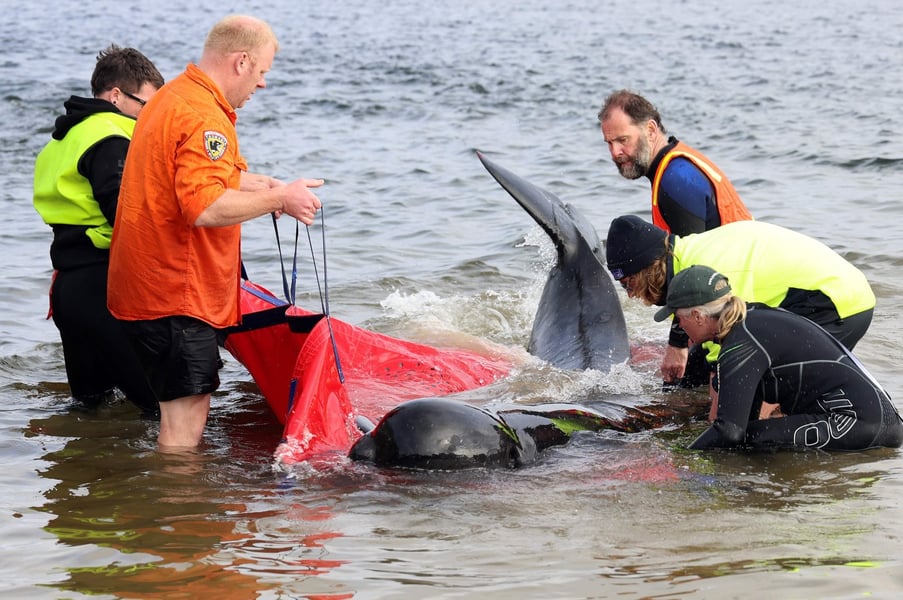 More than 200 pilot whales have perished after stranding themselves on an exposed surf-swept beach on the rugged west coast of Tasmania as wildlife experts succeeded in rescuing 32 others, Australian rescuers said on Thursday.

The Department of Natural Resources and Environment Tasmania said after the rescue, only 35 had survived the pounding surf.

"Of the 35 that were remaining alive, we've managed to refloat, rescue and release 32 of those animals, and so that's a terrific result.

"We still have three alive on the far northern end of Ocean Beach, but because of access restrictions, predominantly tidal influences, we just haven’t been able to access those three animals safely today. But they’ll be our priority.”

Marine Conservation Program biologist Kris Carlyon said the dead whales would be tested to see if there were toxins in their systems that might explain the disaster.

"These mass stranding events are typically the result of accidental sort of coming to shore, and that’s through a whole host of reasons.”