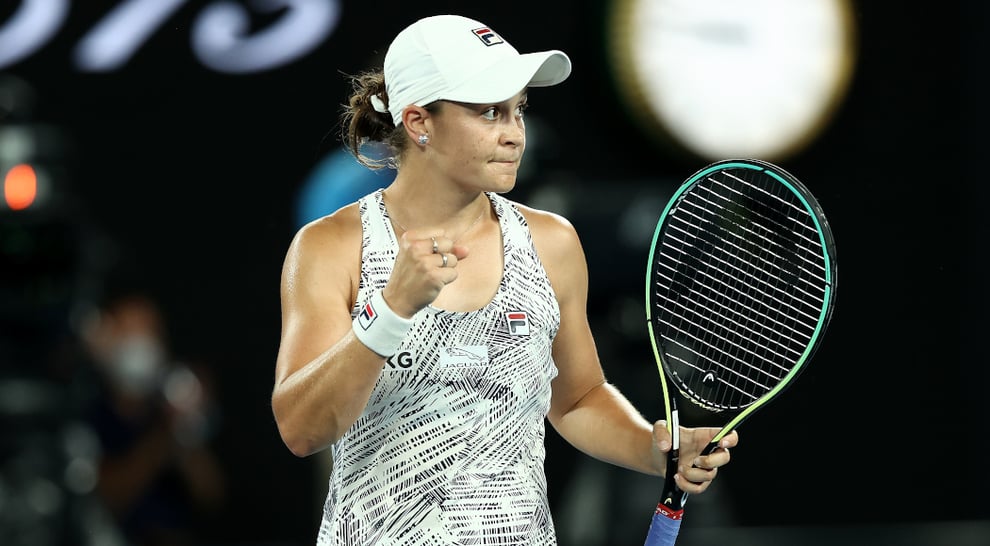 World No. 1 Ashleigh Barty swept into her first Australian Open final on Thursday with a clinical, straight-sets demolition of Madison Keys to set up a title match with the hard-hitting Danielle Collins.

Barty is the first Australian woman into the decider of her home Grand Slam since Wendy Turnbull in 1980 and is aiming to become the first winner since Chris O'Neil two years earlier.

But the tenacious Collins stands in her way on Saturday with the 28-year-old enjoying a second coming after surgery last year for endometriosis that left her pain free.

Nine months on and she has a 32-7 win-loss record, capturing her maiden WTA singles titles last year in Palermo then San Jose.

After making the semi-finals at Melbourne in 2019, she is now in a first Slam final and will break into the top 10 for the first time to cap a remarkable comeback.

"To play against the number one player in the world in her home country, it's going to be spectacular," said Collins of the final.

"I couldn't be happier. It's been such a journey, so many years of hard work."

Barty, though, has been rampant so far, dropping serve just once through six matches and is yet to drop a set as she powered through the top half of the women's draw.