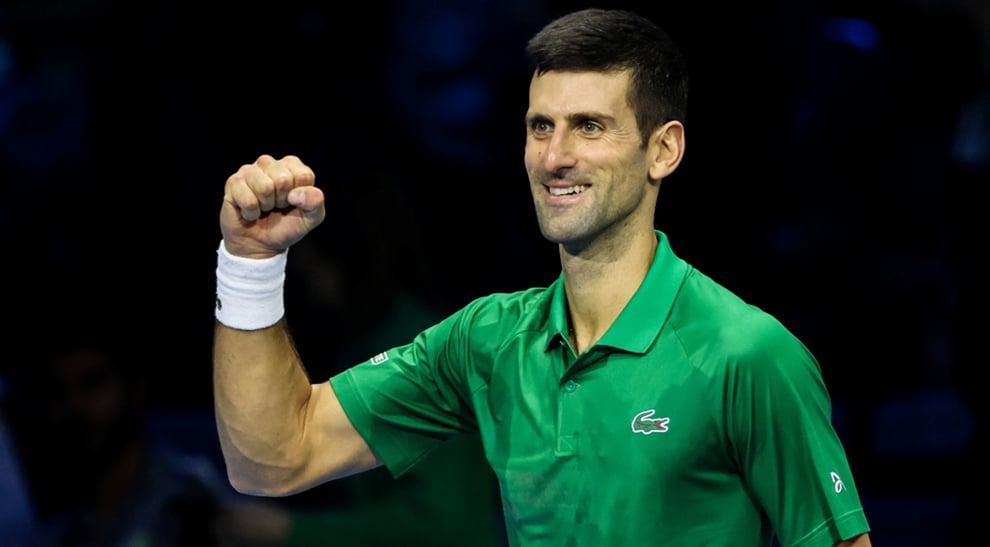 Novak Djokovic will be able to bid for a record-extending 10th men's singles title at next year's Australian Open after the Australian government granted the Serbian a visa to travel to the tournament.

The 35-year-old was deported on the eve of this year's tournament in Melbourne after he arrived in the country without being vaccinated against Covid-19.

The Australian government said it had decided to revoke the decision to cancel Djokovic's visa after "considering all relevant factors".

Since the cancellation of Djokovic's visa in January 2022, all Covid-related border restrictions have been removed in Australia, including the requirement to provide evidence of vaccination status to enter the country.

"Djokovic has subsequently been granted a temporary visa to enter Australia," Immigration Minister Andrew Giles said in a statement.

A decision to cancel a visa may be revoked by the Australian government if the person satisfies the country's immigration minister that the grounds for cancellation no longer exist.

Djokovic, who remains unvaccinated, confirmed on Wednesday that he had now been given clearance to compete.

"I was very happy to receive the news yesterday," Djokovic, whose deportation dominated the build-up to this year's Australian Open, told reporters after his victory over Andrey Rublev at the ATP Finals in Turin.

"It was a relief obviously knowing what I and people closest to me in my life have been through this year with what happened in Australia and post Australia obviously."

Djokovic, the former world No 1 who has 21 Grand Slam titles, was originally barred from the country until 2025 but that decision has now been reversed.

"I could not receive better news for sure – during this tournament as well. The Australian Open has been my most successful Grand Slam. I made some of the best memories there," he said.

"Of course, I want to go back there, I want to play tennis, do what I do best, and hopefully, have a great Australian summer."

Djokovic in October said he had received "positive signs" about the status of efforts to overturn his ban.

Australian Open tournament director Craig Tiley said this month that Djokovic would be welcome in January if he could get a visa, but that Tennis Australia could not lobby on his behalf.

Djokovic also missed this year's US Open because of the country's rules on Covid-19 vaccinations, robbing him of the chance to match Rafael Nadal's men's record 22 Grand Slam titles.

The Belgrade native found himself at the centre of a political storm in Melbourne this year, twice being held in a hotel with asylum seekers while he awaited a decision by Australia's immigration department on whether he could stay.

Australia's Federal Court finally ruled to uphold the cancellation of his visa – originally granted on a medical exemption as he had recently had Covid-19.

Nadal went on to win the title, moving ahead of Djokovic in the race to become the player with the most major crowns.

Djokovic will now have the chance to reclaim the title at a tournament he has dominated since his first triumph there in 2008.

"Just giving that clarity (that I will start my season in Australia) makes it great for us," Djokovic said.

Djokovic maintained his bid for a sixth title at the ATP Finals as he thrashed Rublev 6-4 6-1 in group play on Wednesday, confirming his place in the semifinals.