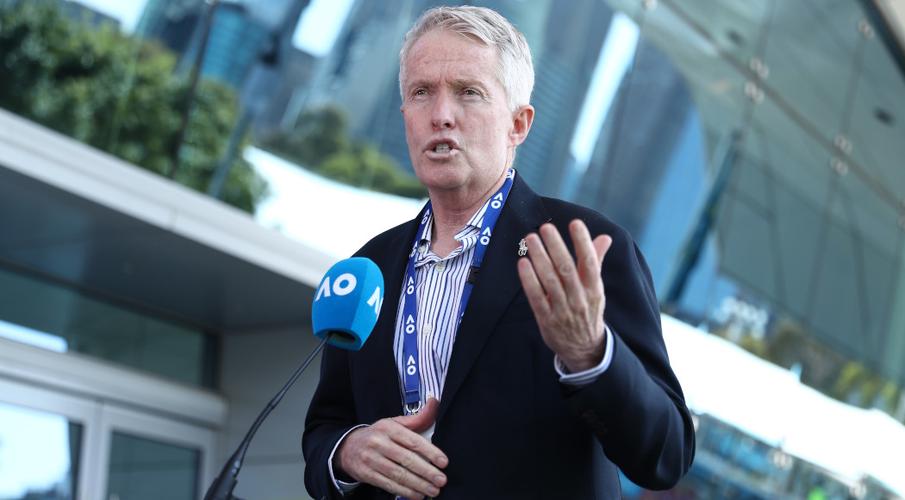 No tennis player hoping to compete at the Australian Open has yet been granted medical exemption from vaccination, tournament director Craig Tiley said on Thursday as he reiterated that everyone at Melbourne Park would need to be fully inoculated.

Tiley also said that Novak Djokovic being named on the Australian Open entry list on Wednesday implied nothing about his Covid-19 vaccination status, which the world No 1 has declined to disclose, citing privacy.

"To be clear upfront, no one can play the Australian Open unless they are vaccinated," Tiley told the ABC.

"The only condition at which, outside of being vaccinated, that you could compete is if you receive a medically approved exemption from Australian authorities ...

"I've seen reports this morning. There have been no medical exemptions that have been granted at this point."

Tiley added that appearing on the entry list had no bearing on whether Djokovic would actually be in Melbourne from Jan. 17-30 seeking a 10th Australian Open title and a record 21st men's Grand Slam singles title.

"Everyone goes on the entry list," Tiley said. "It's not a commitment list about exactly who's in the draw. That comes in several weeks' time when the actual list and draw gets finalised for the Australian Open."

Serena Williams was not on the list, having decided not to compete on advice from her medical team, and neither was Roger Federer, who is still recovering from a series of knee operations.

Djokovic said last week that he would be making a decision "very soon" about whether to travel to Australia.

His father Srdjan said last month that Djokovic was unlikely to play and described the vaccination requirement as being akin to "blackmail".