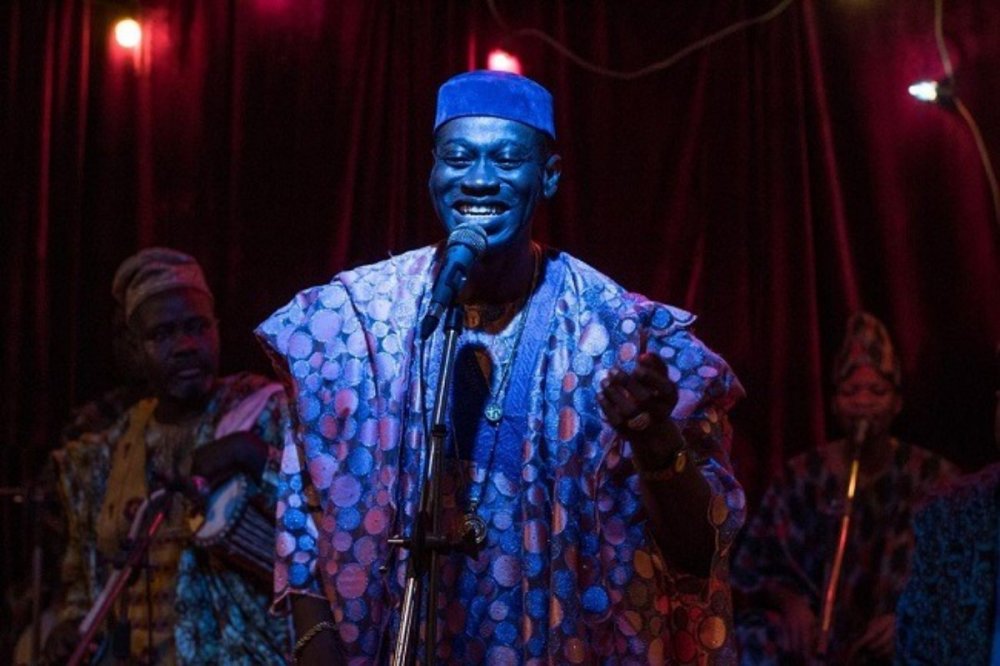 Adedimeji Lateef wears the eponymous character like a second skin, making the viewer root for, understand, and empathize with a man who was fallible and flawed.

As a veteran filmmaker, Tunde Kalani proves that with age comes wisdom as his account of the late Apala musician has undertones of classical Greek tragedies.

Like Sophocles' Oedipus, Ayinla Omowura ends up being a victim of his tragic flaw; his hot-headedness and rash nature set him on a path that leads to his demise. It's a journey that is both touching and instructive, with a splash of the necessary Yoruba culture to lend authenticity to a well-told tale. 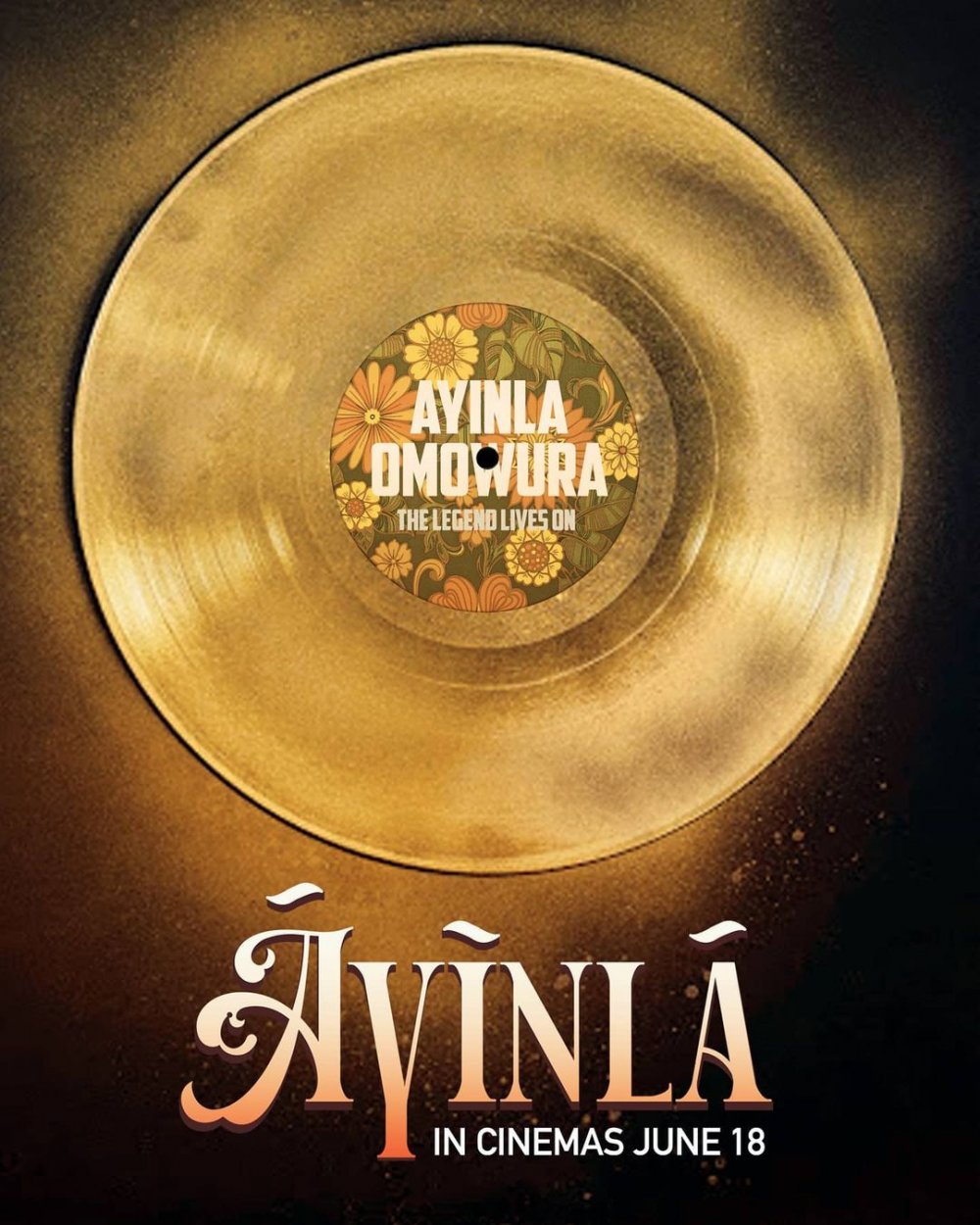 Ayinla begins at a pivotal moment in the life of the singer; his fame has attracted the attention of the media and an influential show promoter named Ajala (played by actor and filmmaker Kunle Afolayan).

Ajala starts making the necessary moves in preparation for Ayinla's first-time tour to London; something that the rising star is at first skeptical about. But when Ayinla is informed that it would only make him greater, he gives his consent to the trip.

Bimbo Manuel is an editor who sends his inexperienced writer (Ade Laoye) to get close to the budding musician whose name is spreading like wildfire. Uncovering the man behind the myth proves to be a daunting task that threatens to overwhelm her. But she has to succeed because if she doesn't, she will lose her job.

Besides his temper, Ayinla has another weakness; he has a thing for the ladies. When his manager Bayowa (an afro-wearing Mr. Macaroni) introduces him to one of the latter's girlfriends, it starts a chain of events that culminate in a confrontation at a beer parlour, ending in tragedy. 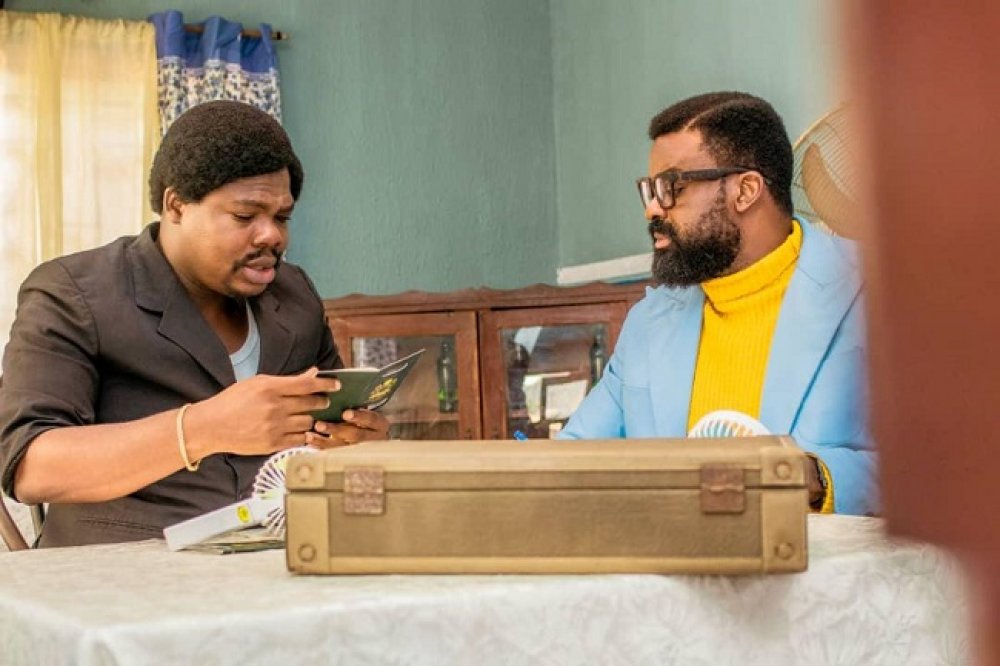 Shot in Abeokuta (the hometown of Ayinla), the landscape and melodious Yoruba tunes provide an amazing backdrop to the story. It's a blend Kelani knows works well and he uses the elements in the best ways possible.

Now, for the issues I had with the film. Firstly, the makeup for the character of Bayowa (talking about his hair) isn't good enough. It's pretty obvious that's not his hair. I mean, wouldn't it have been better if the dude just grew some hair?

Secondly, the standing fans seen in some of the scenes were all of. Why weren't they turned on, I wonder. Funnily enough, the characters in those scenes never looked like they were hot. 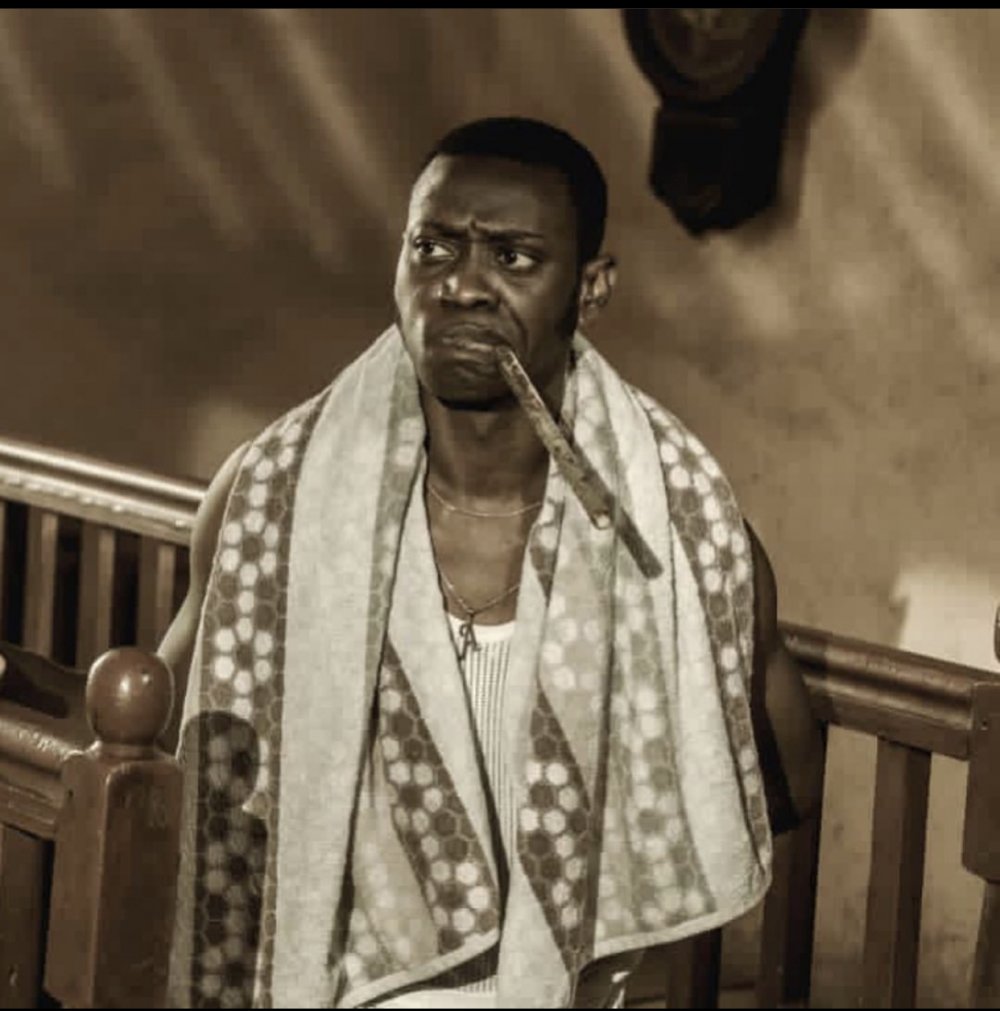 The last thing is Adedimeji Lateef's rendition of Ayinla's songs in some of the scenes. His lips aren't in sync with the lyrics in the first musical scene and it was terrible in my opinion. In other scenes, there appeared to be a disconnect as it looked like he was only mouthing the words being sung. Fortunately, there is a marked improvement and in later performances, the actor fuses completely with the music.

The costumes and set pieces (particularly the cars) truly reflect the 1980s period in which the story is set, and the various departments deserve commendation for this. I'm glad the dialogue is mostly in Yoruba as it serves to better project the origins, beliefs, and superstitions of the titular character.

Now, back to Lateef's portrayal of Ayinla. I confess that I haven't actually seen him act in more than one or two films and so didn't know what to expect from him here. I'm happy about that because he just blew me away! 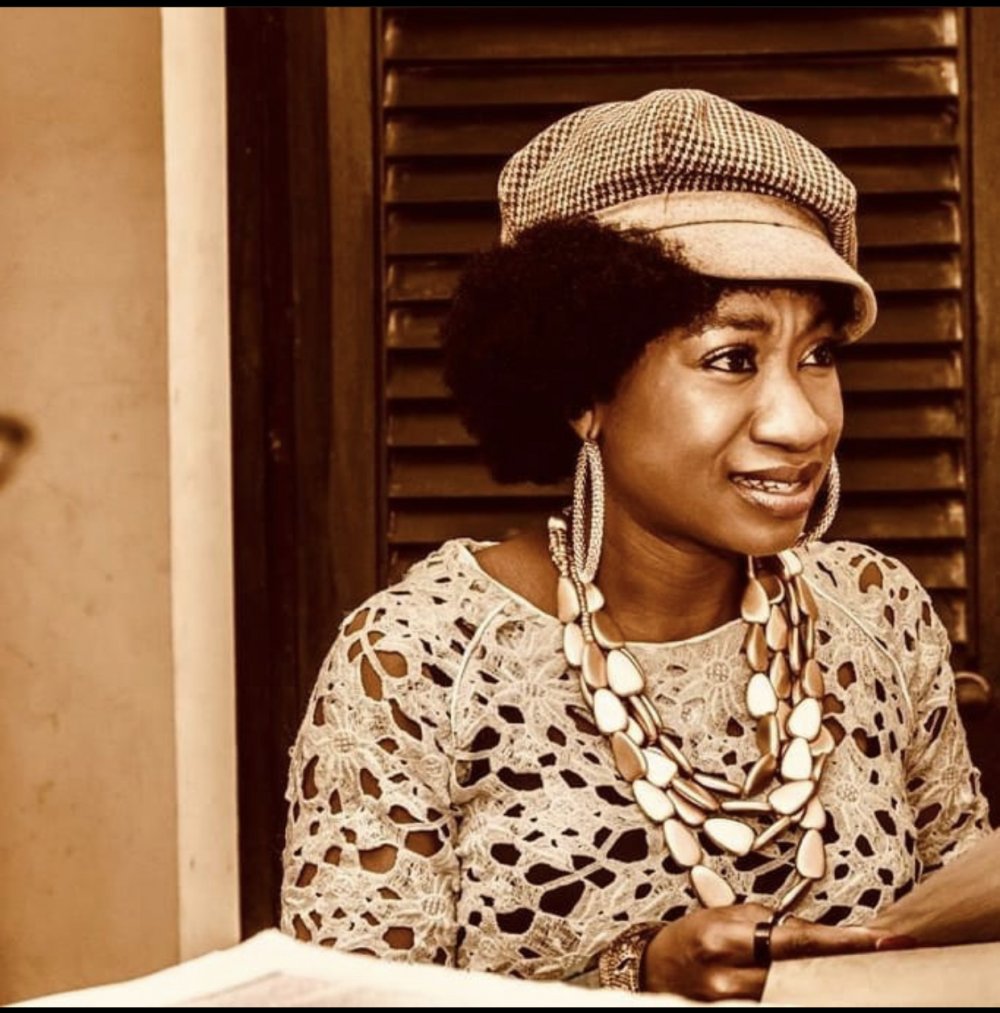 I don't know much about the late Ayinla himself but I have a strong feeling the lead actor disappeared completely into the character. How else could he have put on such an award-worthy performance? And let me add that I will be disappointed if he doesn't get an award for this role.

The director of this movie shows Ayinla in perhaps his most unfiltered form; a stark illiterate with a big ego who was a larger-than-life character. But beyond all that was a man who was also introspective and someone who will be remembered for using his songs to talk about life's most important issues. He left an indelible mark and a lasting legacy in Yorubaland.

Once again, I salute Adedimeji Lateef for doing an excellent job with the character of Ayinla. I found that I was always looking forward to seeing him onscreen. The scenes where he loses his temper leave you thinking; 'this isn't Lateef, the actor. This is Ayinla, the hot-headed enigma. 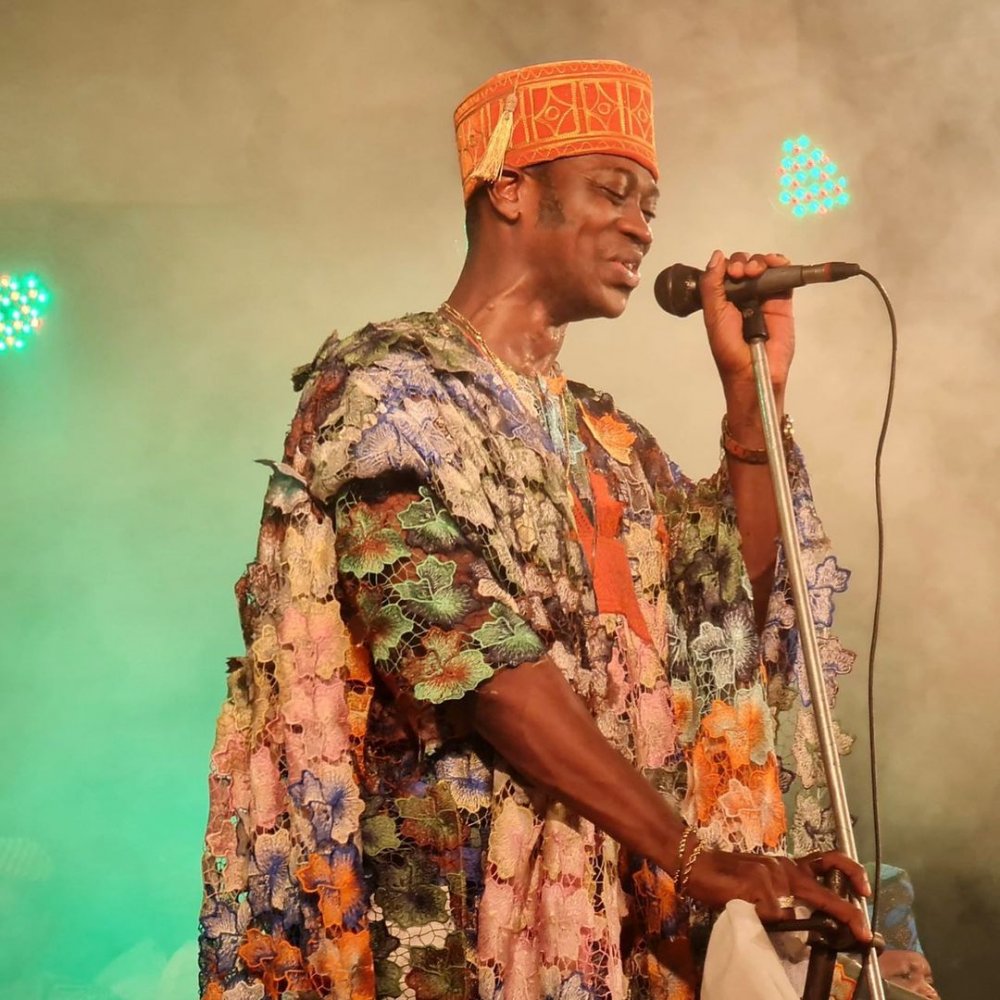 The songs play a prominent role in giving an insight into Ayinla's psyche. I'm not a fan of Apala music or Yoruba music for that matter but I couldn't help but enjoy the verses as the music played.

There is also some humour fused into the plot and the best thing about it is that these funny moments come in at the right moments.

The supporting characters (particularly Afolayan) play their roles well. Kudos to all the members of the cast and crew. Their efforts made all the pieces come together in a complete way.

Conclusively, Ayinla proves to be worth the hype. That it succeeds is largely due to Adedimeji Lateef and director Tunde Kelani. No film is perfect but this one takes its place among the Nollywood greats in recent times.