Baba Ijesha: Speak Up If He Molested Your Child â€” Princess Comedian To The Public 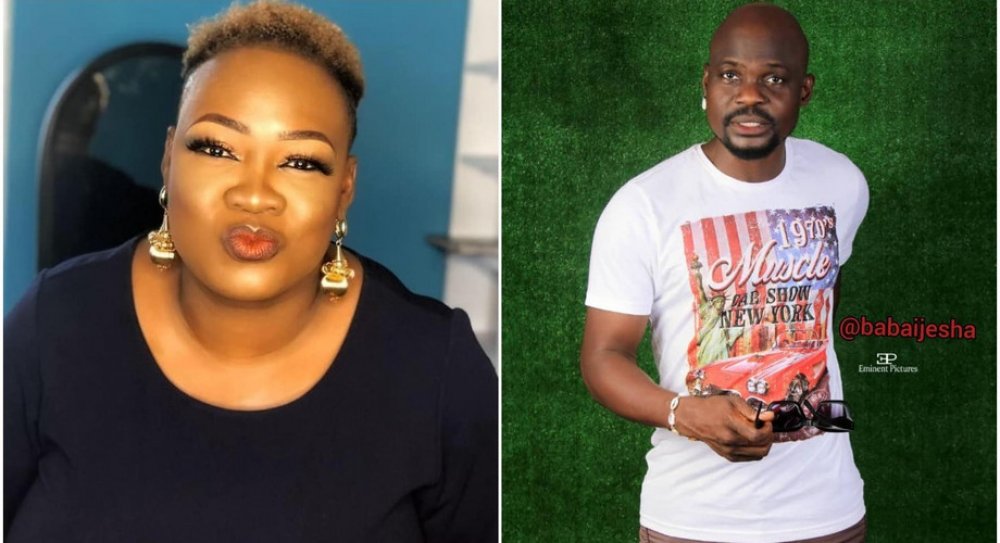 Princess Adekola Adekoya popularly known as 'Princess comedian' has taken to Instagram to call on other victims who have been sexually molested by Olarenwaju James, aka Baba Ijesha to speak out.

According to reports, Princess reported a case of defilement against the embattled Nollywood actor Baba Ijesha at the Sabo police station on 19th April 2021 which has now been transferred to the Gender Unit of the State CID, Panti, Yaba, Lagos.

In the video, Princess narrates how the victim and five other kids came to live with her, after some challenges she had with having her own children.

She revealed that Baba Ijesha approached her 7 years ago for help, which necessitated his visit to her home. She added that she left him in her house for a few minutes to see off a guest, which marked the beginning of series of unusual behaviour from the victim.

According to her, Baba Ijesha came back subsequently to make sure the child had not spoken to anyone about the incident and molested her one last time.

The comedienne debunked the rumour that Baba Ijesha has been sexually assaulting her foster daughter for the past 7 years, emphasizing that he stopped coming to her house after his last visit to blackmail the victim to silence.

She further emphasized that it was impossible that such an act would go on for that long without her knowledge.

She narrated that she came to the realization that something was fundamentally wrong when the victim started performing badly at school and started exhibiting some weird traits over the years that family and friends thought could be spiritual.

"For over 14 years, I have been helping children who have been abused and molested. I house them, I take care of them, I help them!

"Why did this have to happen to me?", she lamented.

The comedienne said the girl finally revealed how the actor molested her which necessitated the need to gather enough evidence to secure his arrest and conviction.

She narrated further how she called the accused over to her house under the guise that she had a movie role for him. It was in her house that a trap was set for him to be captured by a CCTV camera. His confession was also captured following the event.

In the video Princess is in tears, calling on people to speak up. She said;

"Don't be afraid if you know that Ijesha has molested your child, your friend, your neighbour, or anyone you know. Speak out, don't hide, DM me, or report at Panti police station."

She makes it known that she does not care that she is being threatened and urged parents not to trust anybody with their children.

"Justice would still be served," she said.

If found guilty of defiling a child by a court of competent jurisdiction, the 48-year-old accused will be liable to imprisonment for life.

See the second video below: