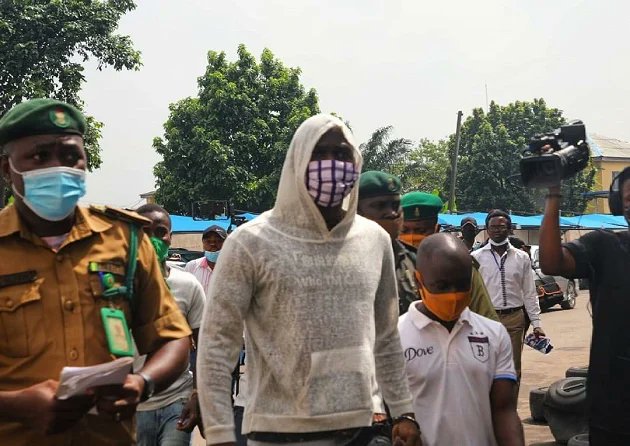 The sexual abuse case against Nollywood actor Olarewaju James, popularly known as Baba Ijesha, continued today and a tape of the victim narrating her ordeal with child rights advocate Bisi Ajayi Kayode was played in court.

In a video aired in court, the alleged victim discussed her hobbies and the people in her life, including her mother, guardian, grandmother, and sister. She then went on to discuss the alleged sexual abuse.

According to her, Baba Ijesha came to the house seven years ago and asked if he might pull out his sex organ. He allegedly asked the girl to sit on his lap.

In response to the child advocate’s queries, the victim remarked in a video produced in court:

“After seeing his private parts, I didn’t say anything. Because of my devotion to the cartoon I was watching, I sat on his laps and voluntarily removed my trousers.”

According to reports, the victim felt dampness and went into the bathroom to clean herself up with a towel. She claimed that Baba Ijesha remained silent after everything had occurred.

According to the court, she saw Baba Ijesha the next day after the first event seven years ago.

“He parked his car away from his house, and while trying to kiss me, he placed his car key into my private region,” she claimed.

“I felt some kind of sensation when he inserted the car key,” she recalled, demonstrating how she sat on Baba Ijesha’s laps with a doll.

“I was sitting in front of the TV, trying to watch a cartoon,” she explained.

“I followed Baba Ijesha’s instructions and sat on his lap. Then he took off his privates and urged me to take a seat on him.”

The purported vehicle key event was also the subject of a demonstration by the victim. She claimed she told her mother on April 17th and 19th to gather evidence in order to bring Baba Ijesha to court.

She is the 20th housemate to enter the BBNaija season 6 show.