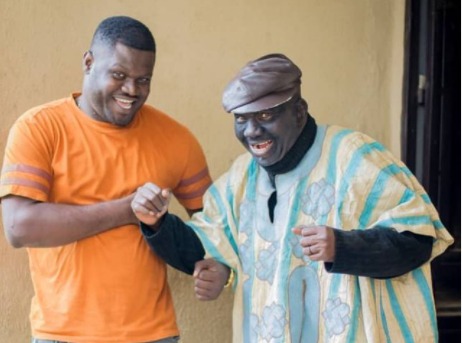 The burial plans for late Nigerian comedy legend Baba Suwe has been announced.

AllNews Nigeria reports that Adesola Omidina, a son of the late Nigerian comedy legend Baba Suwe announced that his father’s internment will hold on Thursday, November 25, 2021.

In a statement e-signed by Adesola on behalf of the family, it was revealed that the internment will commence at the deceased's residence at 26 Oluwatimiro Street, Ewu Elepe Bustop, Ijede Road, Ikorodu, Lagos, by 10 am prompt.

A post shared by Adesola I. Morenikeji Omidina (@omo_omidina)

Adesola also stated that the final funeral ceremony of his 63-year-old deceased father would be announced at a later time.

Baba Suwe is survived by children, grandchildren, his aged mother, and other family members.

Furthermore, Adesola Omidina apologised to the members of the Theatre Arts And Motion Pictures Practitioners Association Of Nigeria (TAMPAN) over his comments after his father died yesterday.

The young actor, in a video that has gone viral, showed his father’s corpse while claiming that friends and colleagues of the late actor abandoned him in his time of need.

While retracting his statement, Omidina via his Instagram page wrote, “As the son of the veteran actor late Babatunde Omidina ‘Baba Suwe’, I am genuinely issuing this statement to denounce and condemn the video(s) about Baba Suwe’s death that has been wrongly posted.

"Nollywood, TAMPAN, the government, Prophets, family, and fans have been supportive in their own ways. I tender an apology to all the groups, people and families affected! Again, please disregard any inappropriate ‘video’ circulating social media.”