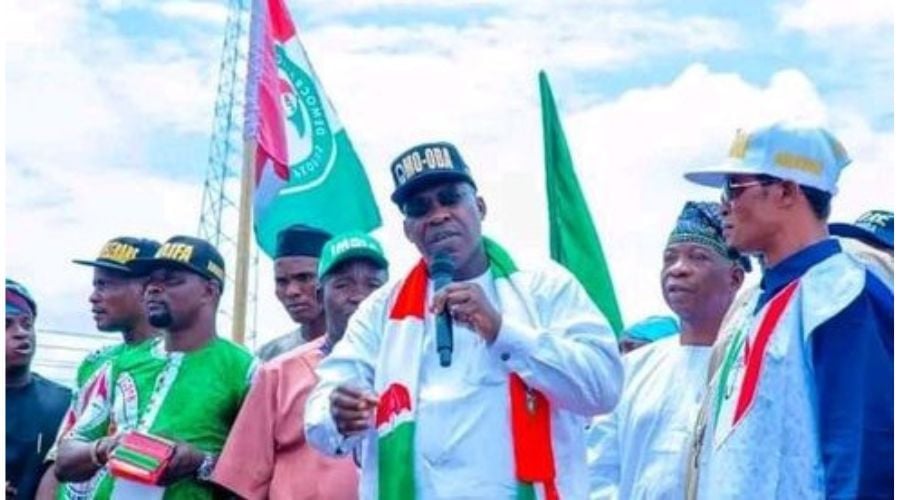 A week after losing out at the Supreme Court, the expulsion of Prince Dotun Babayemi was on Thursday reaffirmed by the leadership of the party from the ward, local and the state level.

The reaffirmatiin has put a lid on any comeback bid by the Gbongan born politician.

Conducted by the statutory leaders of the party at the ward, local and state levels, the reaffirmation spelt out once again the many anti-party activities of Babayemi, the high point of which was his failed collaboration with the All Progressive Congress (APC) to scuttle the victory of Senator Ademola Adeleke at the July 16 elections.

State Caretaker Chairman of the PDP, Akindele Adekunle who confirmed the development in a statement disclosed that the official leadership of the party at the various levels undertook the reaffirmation to further authenticate the expulsion and reinforce the urgency of discipline within the party's ranks and file

The state leadership in a letter to the National Chairman of the Party, Dr Iyorchia Ayu forwarded the disciplinary letter from the Otun Balogun Ward 2 executives, as well as the Caretaker committee of Ayedade local government, which detailed the processes leading to the withdrawal of Babayemi's party membership in line with relevant provisions of the party constitution.

Signed by all members of the state caretaker committee led by Akindele Adekunle, the letter from the state to the national headquarters also contained attachments from the PDP Caretaker Committee of Ayedade local government led by the Chairman, Adesanmi Adeyefa.

The local government caretaker committee in the letter to the state chairman had informed that the party at its executive meeting of October 3, 2022, received communication from Otun Balogun Ward 2 in whch the official ward execitive reaffirmed its earlier expulsion of Prince Babayemi.

The Ayedade Caretaker in the attached letter further reiterated that the decision of the ward executive was ratified by the October 3, 2022, meeting, leading to renewed reconfirmation of Babayemi's expulsion.

The third attachment was the reaffirmation letter from the ward execitive of Otun Balogun Ward 2 signed by all the 12 executive members led by Baale Awodeji Julius, its ward Chairman.

Speaking on the development, the State Caretaker Chairman, Dr Akindele noted that all documentations have been filed with the national secretatiat, making Babayemi's expulsion a fait accompli.

"We have sealed all the processes. Without any doubt, Babayemi had ceased to be a member of PDP," the party Chairman declared.