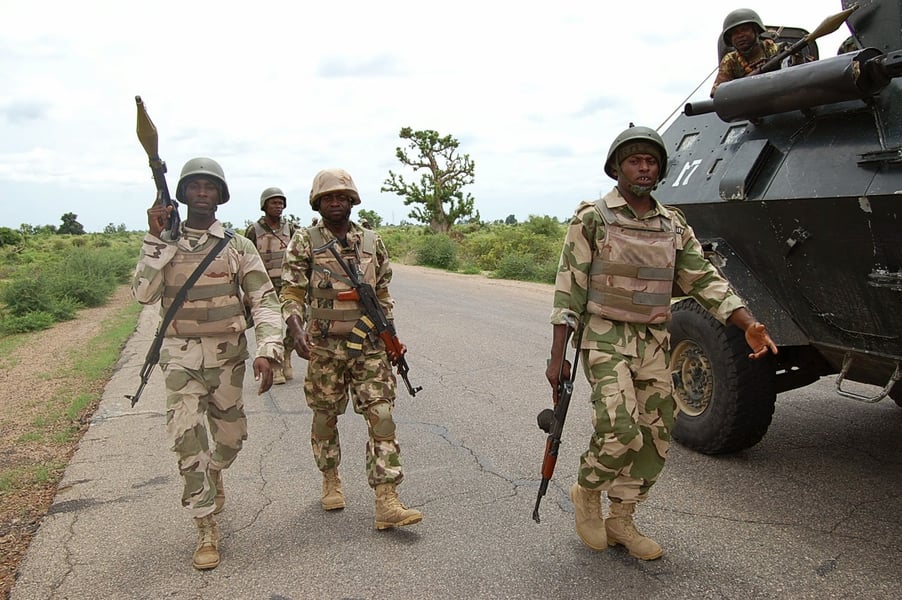 Troops of the Nigerian army have recorded success in dislodging bandits at their camp in Chikun local government area of Kaduna state.

The troops also rescued six ladies including an infant during the clearance operation.

This was disclosed by the Kaduna state Commissioner of Internal Security and Home Affairs, Samuel Aruwan on Wednesday.

Aruwan stated that the troops have continued clearance operation at the location.

According to the Commissioner, the operation was carried out by troops of the Operation Forest Sanity in the early hours of Tuesday.

“After clearing the camp, the troops rescued six kidnapped citizens who were held at the location.

He added that the rescued victims have been reunited with their families.

“The Kaduna State Government has noted the report, and especially the rescue of six kidnapped citizens, with gratitude.

"The Government warmly commended the troops, police personnel, intelligence operatives, vigilante members and other security forces, for another successful round of operations," added Aruwan.

The Kaduna state government further appreciated the troops for their gallantry which recorded success of the operation.

“Security forces will continue operations in the general area and other locations of interest across the state.

"Further updates will be reported accordingly."