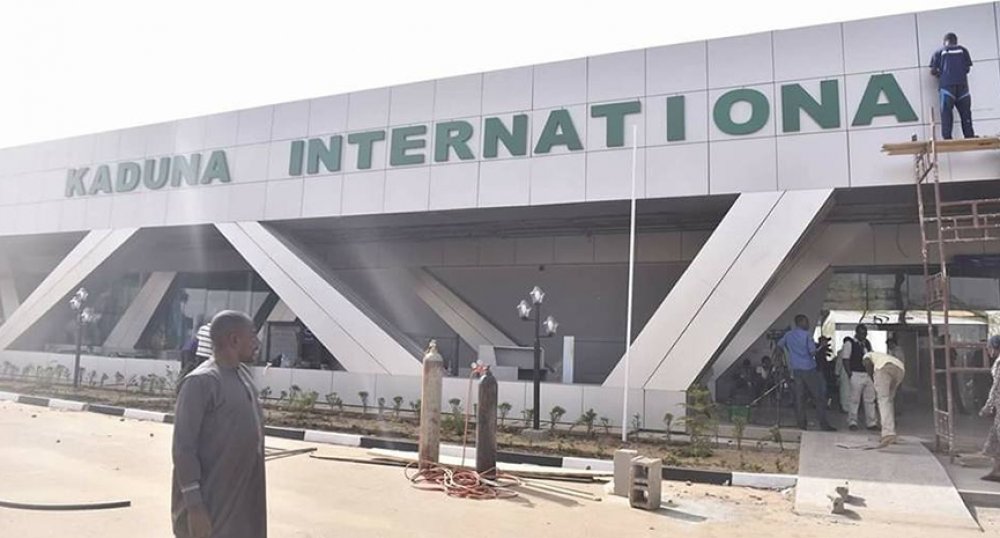 Not less than 12 persons have been kidnapped by bandits who attacked the Junior Staff Quarters of the Kaduna International Airport.

The incident happened on Saturday, but the police authorities in the state are yet to confirm the attack as of the time of this report.

One of the victims, identified as a member of staff of the Nigerian Airspace Management Agency (NAMA), was kidnapped along with his wife, five children and three other persons who visited them.

In another place, the wife and child of an employee of the Nigerian Meteorological Agency (NIMET) were also kidnapped during the attack.

The Regional Manager of NIMET in the North Central, Sani Majidadi, confirmed the attack to newsmen.

According to him, the gunmen invaded the junior staff quarters at the airport in the early hours of Saturday and broke into two apartments from where the missing persons were kidnapped.

Majidadi said that the gunmen in their large number came through a bush from Ifira Village and cut the air-side perimeter fence before gaining access into the staff quarters.

He explained that the armed men escaped into the bush after hearing the security operatives shooting into the air.

The attack came barely a year after the staff of the airport came under heavy attack by bandits.

In 2020, several workers of the airport were kidnapped, and one was killed by bandits, a situation that prompted the state government to deploy troops along the Airport Road.

But the attack on Saturday has created fear for the workers of the airport, who called on the Federal Government to deploy more troops to the staff quarters and surrounding environment as soon as possible to forestall a recurrence of the incident.

They warned that the failure of the government to address the security challenges in the area would have a negative effect on the airport’s operation.