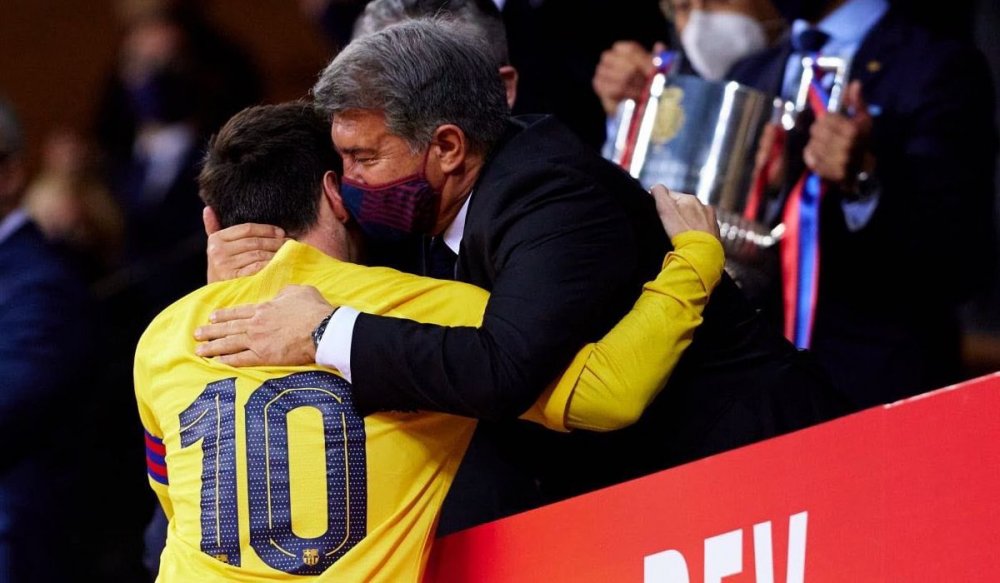 Barcelona president, Joan Laporta has spoken out on the club's skipper, Lionel Messi amid the big news today that the Argentine has become a free agent.

The Catalan giants will be under pressure to finalise a new deal for Messi as soon as possible, though Football Espana recently reported that an announcement on a new contract looked imminent as the media team prepared material for the news.

It’s now July 1 and there’s still no official announcement, and Laporta has provided an update of sorts on the long-running Messi saga.

“We want him to stay and Leo wants to stay, everything is on track, we have the theme of Fair Play, we are in the process of finding the best solution for both parties,” the Barca president said today.

“I would like to announce his stay, but in these moments, I cannot say it because we are in the process of finding the best solution for both parties.”

Messi has been linked with Manchester City and Paris Saint-Germain, but it would be surreal to see him in anyone else’s colours.

Sergio Ramos, Juan Mata and Diego Costa are among the other big names whose contracts have expired today.