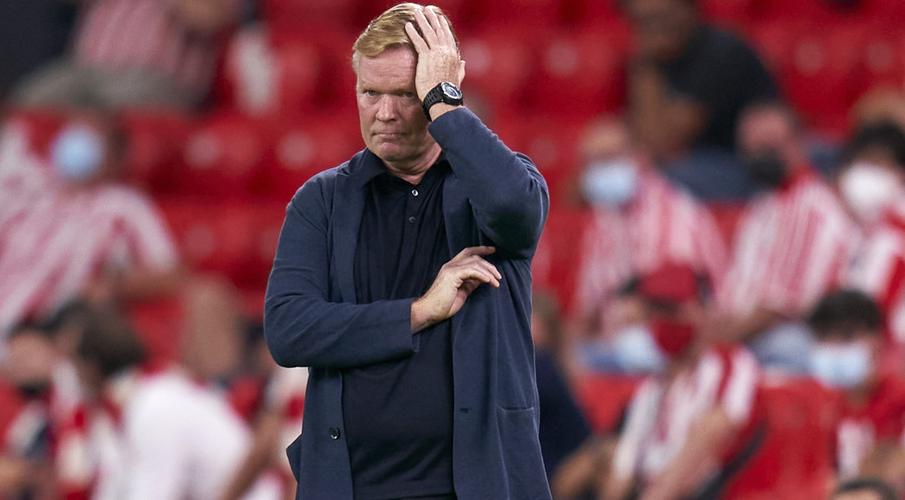 Ronald Koeman has been dismissed as Barcelona's coach, the club announced on Wednesday after defeat by Rayo Vallecano left the club ninth in La Liga.

Barca have won only two of their last seven league games under Koeman, a run that included losing to Real Madrid in Sunday's Clasico at Camp Nou.

A poor start to the season has raised the possibility of the team failing to qualify for next season's Champions League, which would have enormous consequences for the club's already-dire financial situation.

Barcelona's former midfielder Xavi Hernandez, who is currently in charge of Qatari club Al Sadd, and River Plate coach Marcel Gallardo are reportedly among those under consideration to take over.

A club statement released after midnight in Spain on Wednesday read: "FC Barcelona has dismissed Ronald Koeman as coach of the first team tonight.

"The president of the club, Joan Laporta, has informed him after the defeat against Rayo Vallecano. Ronald Koeman will say goodbye to the squad this Thursday at the Ciudad Deportiva.

"The FC Barcelona wants to thank him for his services and wishes him good luck in his career."

Koeman spent six years at Barcelona as a player and is considered a club legend after scoring the winning goal in the 1992 European Cup final against Sampdoria.

He was appointed coach by Barca's previous president Josep Maria Bartomeu in August 2020 and enjoyed some success in his first season, winning the Copa del Rey and bringing a disillusioned Lionel Messi back onside.

But a disappointing finish in La Liga and a convincing defeat by Paris Saint-Germain in the Champions League last 16 cast doubt over Koeman's ability to navigate the biggest games, a criticism that was aimed at him again last weekend following the loss to Real Madrid.