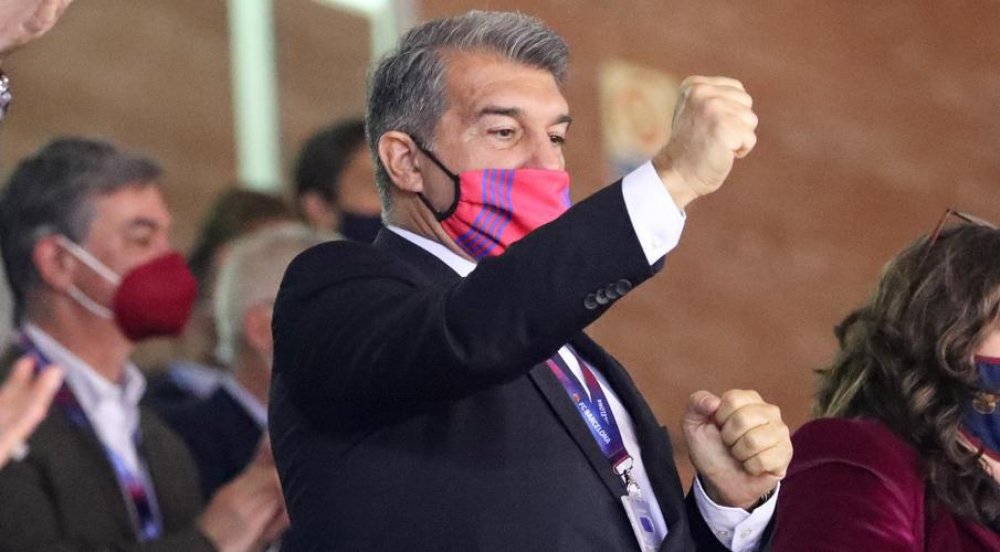 Barcelona president Joan Laporta has confirmed that there would be a lot of changes at the club as they approach the end of a disappointing season off the back of a Copa del Rey triumph.

Barca can at best finish third in La Liga this season having seen their former forward Luis Suarez fire Atletico Madrid towards the title while they have toiled for large parts of the campaign with arch-rivals Real Madrid also above them.

They won the Copa del Rey but were knocked out of the Champions League in the last 16 by Paris St-Germain.

Coach Ronald Koeman's future has been up for debate in recent weeks, with the club's revered former midfielder Xavi Hernandez heavily linked to the post.

Speaking at a Catalan Sports Festival, Laporta, who returned for a second spell in charge at the Camp Nou in March, said that decisions on the future will be made shortly.

"I said I'd review things with the team at the end of the season in terms of how they played and the results," he said.

"We won the Copa del Rey and are very proud of that, but we were knocked out of the Champions League very early on and threw away the league in an incomprehensible way in my point of view.

"From next week, you'll see a series of decisions taken that need to be made and we'll announce them. When I talk about it being the end of a cycle or renewals that are needed it's because I think that's what we need to do."