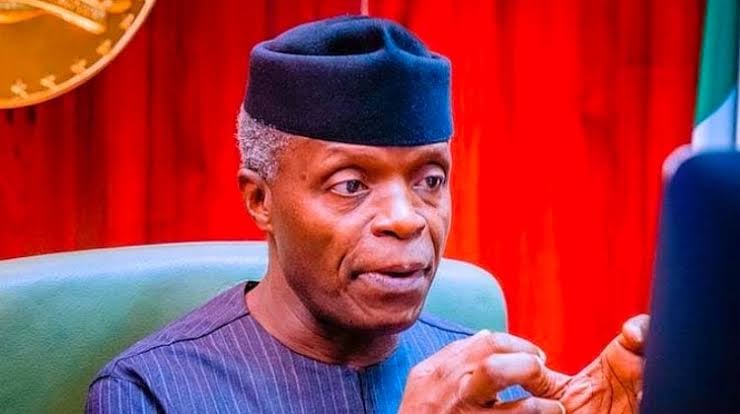 Bauchi State Governor, Bala Mohammed, has said on Saturday, that the Vice-President of Nigeria, Yemi Osinbajo (SAN), is a leader with distinguished qualities.

The governor said this during the wedding of Fatima, the daughter of the Education Minister, Adamu Adamu.

According to him, the people and government of Bauchi are extremely grateful to Osinbajo.

While addressing Osinbajo, he said:

“Thank you very much Sir, you have distinguished yourself as a leader defying all the odds. I remember you came and attended my daughter’s wedding. That was very refined and it was very unique.”

Also, the Emir of Katagum, Umar Farouk, commended the Vice President and President Muhammadu Buhari as he said;

“I wish to express our gratitude to President for all the projects that he was able to complete.”

According to PUNCH, the event was attended by many big figures including Bola Ahmed Tinubu, state governors and ministers.