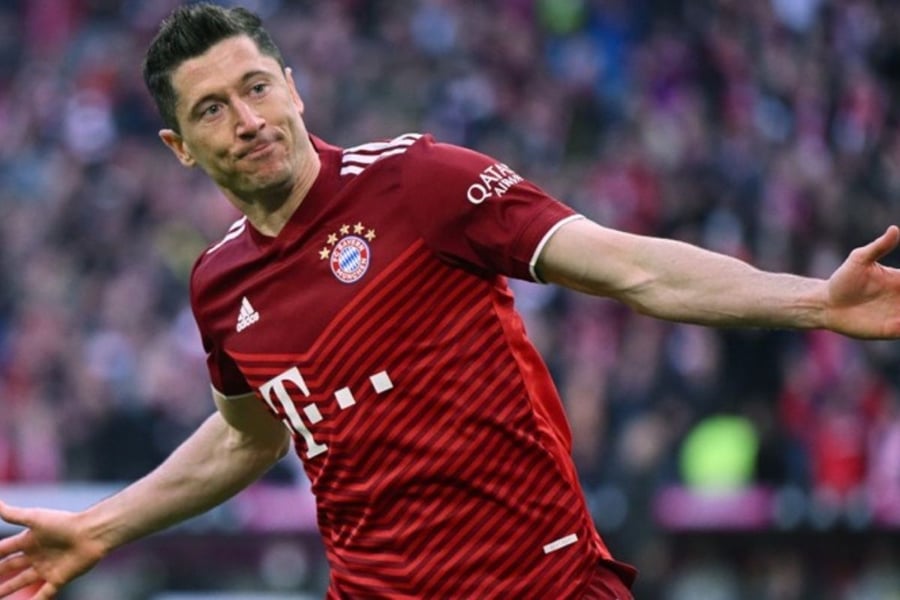 Bayern Munich sports director Hasan Salihamidzic on Sunday dismissed the possibility of Robert Lewandowski leaving the freshly-crowned Bundesliga champions this summer, amid rumours of a transfer to Barcelona.

When asked by Sky if he could "rule out" Lewandowski leaving Bayern this summer, Salihamidzic dismissed the possibility with an emphatic "yes".

Lewandowski has a Bayern contract until 2023, "that is clear. We will now talk about what happens after that", added Salihamidzic.

Lewandowski has scored 48 goals in 41 club games this season, yet Salihamidzic admitted concrete extension talks with the player's agent are yet to take place.

Lewandowski netted in Saturday's 3-1 home win over Dortmund which confirmed Bayern as Bundesliga champions for the tenth consecutive season.

Salihamidzic insists he is "absolutely relaxed" about the subject, but Lewandowski looked uncomfortable discussing his future on Saturday in a post-match interview with Sky.

"Something will happen soon. The only thing I know is that there will be a meeting," Lewandowski said.

The back-to-back winner of the FIFA best male player title admitted: "It's not easy for me".

In contrast, Thomas Mueller and Manuel Neuer, who like Lewandowski are also out of contract next year, have both made it clear they would be happy to extend with Bayern.

Salihamidzic said there have "very good talks. 'Manu' (Neuer) belongs to FC Bayern just as much as Thomas".