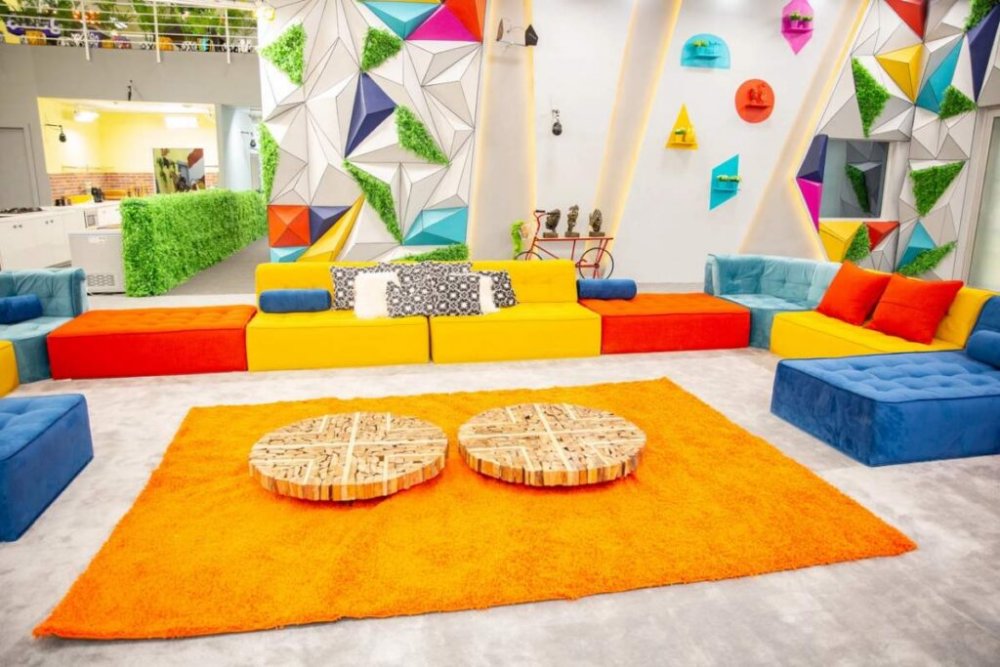 Welcome to the daily dose of the major moments from the ongoing BBNaija season 6 show. It's all about Nini's disappearance and we have all the reactions.

Check out the highlights below:

The Moment Nini 'Disappears' From The House

It's important to take a look at the genesis of Nini's disappearance which has affected Saga. The moment she makes her exit is captured in a video footage.

Big Brother had instructed Nini to leave the house for 24 hours in her diary session on Tuesday. This was after she broke down in tears and complained about being exhausted.

Check out the moment she leaves unseen here.

Saga Refuses To Partake In  Exercises After Nini's Exit

Saga is going through emotional trauma since the love of his Nini disappeared on Tuesday night.

On Wednesday, Saga joined his fellow housemates when it was time for the early morning exercises but unlike before he didn't join them.

While the others performed the exercise routines, Saga stood transfixed, oblivious to what was going on around him. It's anyone's guess what was going through his mind at the time.

After Nini's disappearance from the BBNaija house on Tuesday night, Cross and Pere got together to talk about the mystery and the deep connection she has with Saga.

Noticing Saga's disturbed state, Cross and Pere went aside and concluded that the bond shared between him and Nini was something that was more than sexual.

Saga questioned the use of his life without Nini after she disappeared from the house on Tuesday night.

Executing her task from Biggie to perfection, Nini used an exit behind a mirror to leave the house and when Saga got wind of her disappearance, he alerted the others, and a search commenced for her.

Obviously weighed down by the unexpected development, Saga knocked on the diary room door and when he got no response, sat down and started asking Biggie for answers to put him out of his misery.

Touching Moment Saga Broke Down In Tears After Nini Disappeared

Saga was not himself after his love interest Nini disappeared and he was seen shedding tears while waiting for his beloved her to reappear.

Nini had been blue during her diary session on Tuesday and had complained about several issues to Biggie. Her mood had been elevated when she was given the task of disappearing for 24 hours.

After leaving via a secret exit, Saga and the others launched a search for Nini. After it proved to be fruitless, he sat down outside on Wednesday morning as the rain poured, was seen drowning in his sorrow.

Saga demanded that Biggie open the diary room so he could search for his love interest Nini the first search proved fruitless.

Looking very frustrated and unhappy, he was seen in front of the diary room knocking and demanding that Biggie open the door just in case Nini was stuck inside.

“Honestly am not joking this time, Biggie should open this door. I need to be sure Nini is not Inside there,” he said. Read more here.

Big Brother served some wonderful content to fans of the Shine Ya Eye edition as he took things up a notch on Wednesday while pranking the housemates by calling Nini for her diary room session.

It's been a tense atmosphere since Nini's disappearance, with Saga crying and staying aloof to ponder on the mystery of her unexpected 'exit'.

Watch the video here to see how the housemates reacted to it.

After Biggie called the 'missing' Nini for her diary session, the other housemates had a meeting and tried to unravel the mystery behind it all.

Sitting near the diary room door, all the housemates racked their heads in their attempts to guess Nini's whereabouts, with the prominent one being that she may be inside the diary room.

Pere, however, questioned the logic behind Nini being inside the diary room for long and Liquorose told him it was possible while reminding him about the coolness of the place.

Watch the confusion in the video here.

Amid the confusion caused by Nini's disappearance, Cross hurled harsh words at Pere after the latter said he (Cross) was a suspect in the case.

While pondering the mystery behind Nini's unexpected 'exit', the housemates revealed how the issue had affected them negatively, with Cross saying he saw her in a dream at night.

After Cross revealed the dream, Pere made a comment that resulted in an insult from Cross. Check out the video here to know more.