BBNaija Lockdown Reunion Highlight: 'Talk To Me When You Have A College Degree' - Tolanibaj Fights Dirty With Vee 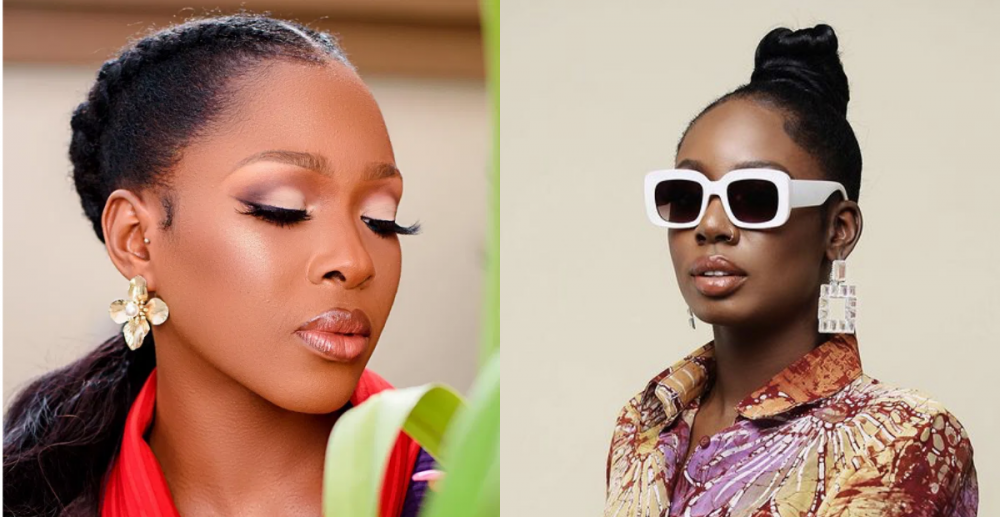 As each day goes by, things get more heated at the lockdown reunion of the Big Brother Naija reality show. On the Monday episode, the bad blood between Vee and Tolanibaj became more glaring.

The two ladies got into a verbal back and forth after the show's host, Ebuka questioned Vee on how she felt knowing that her ex-friend, Tolanibaj, wanted to use her man, Neo, to make Prince jealous.

In response, Vee had admitted to insulting Tolanibaj because she was hurt knowing that her friend wanted her man. The singer tagged Tolanibaj a desperate woman and urged her friends to stay away from her.

In the middle of Vee's talk, Tolanibaj had an outburst, called her names, and even threw a pillow at her. Tolanibaj slammed Vee while Vee, in turn, called her a runs girl.

Recall that while in the house, Vee and Tolanibaj had a sisterly bond but things went south after Ebuka revealed on the day that Tolanibaj was evicted that Tolanibaj at some point wanted Vee's boyfriend.

While reacting to Tolanibaj’s feelings Neo, Vee said “things are crazy”, adding that the media personality had an interest in her man, but calls her sister.

The altercation between the two ladies got a reaction on social media as netizens bashedTolanibaj for her ratchet attitude while Vee was praised for maintaining her poise and carriage even in the middle of Tolanibaj's outburst. 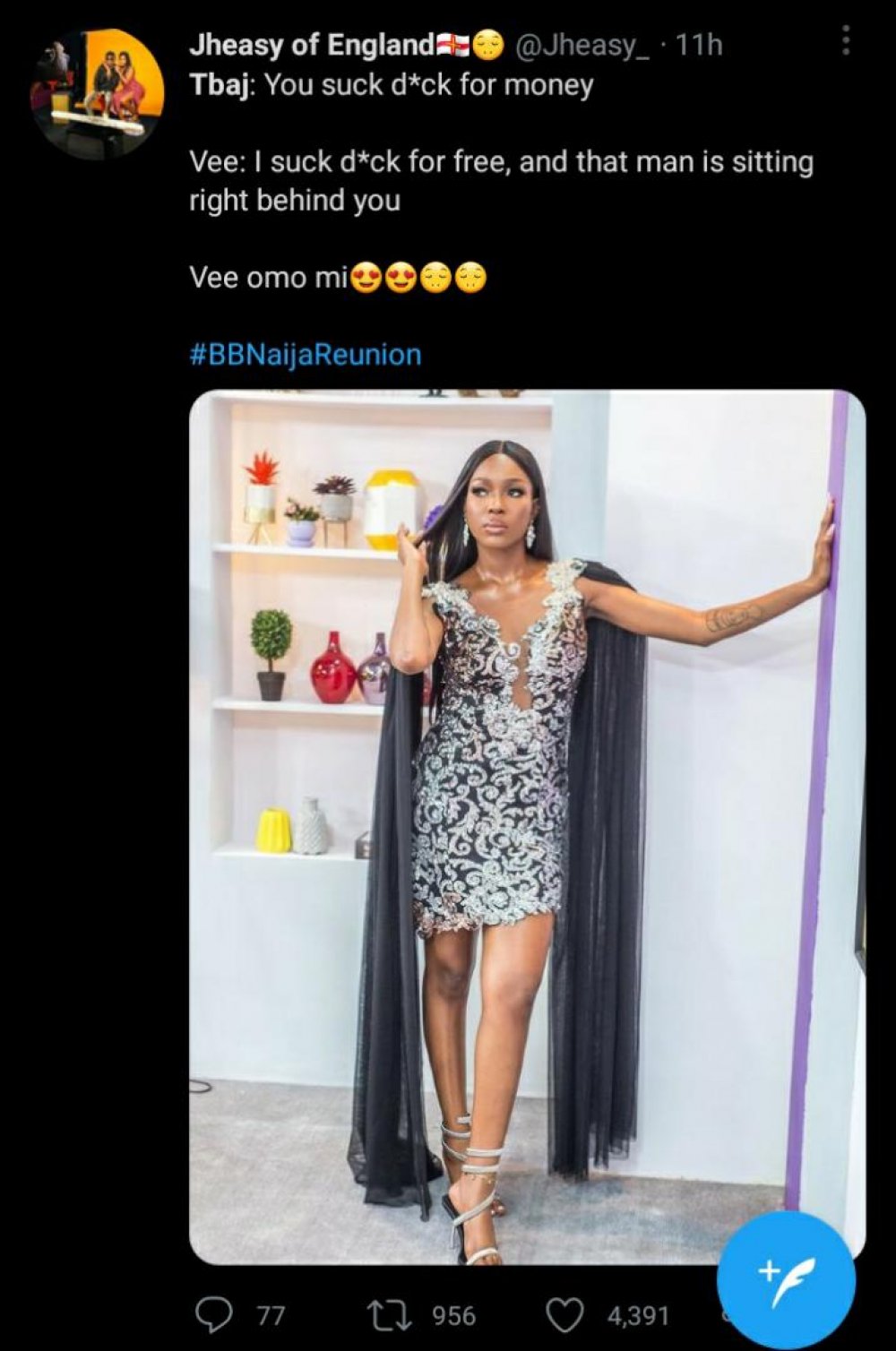 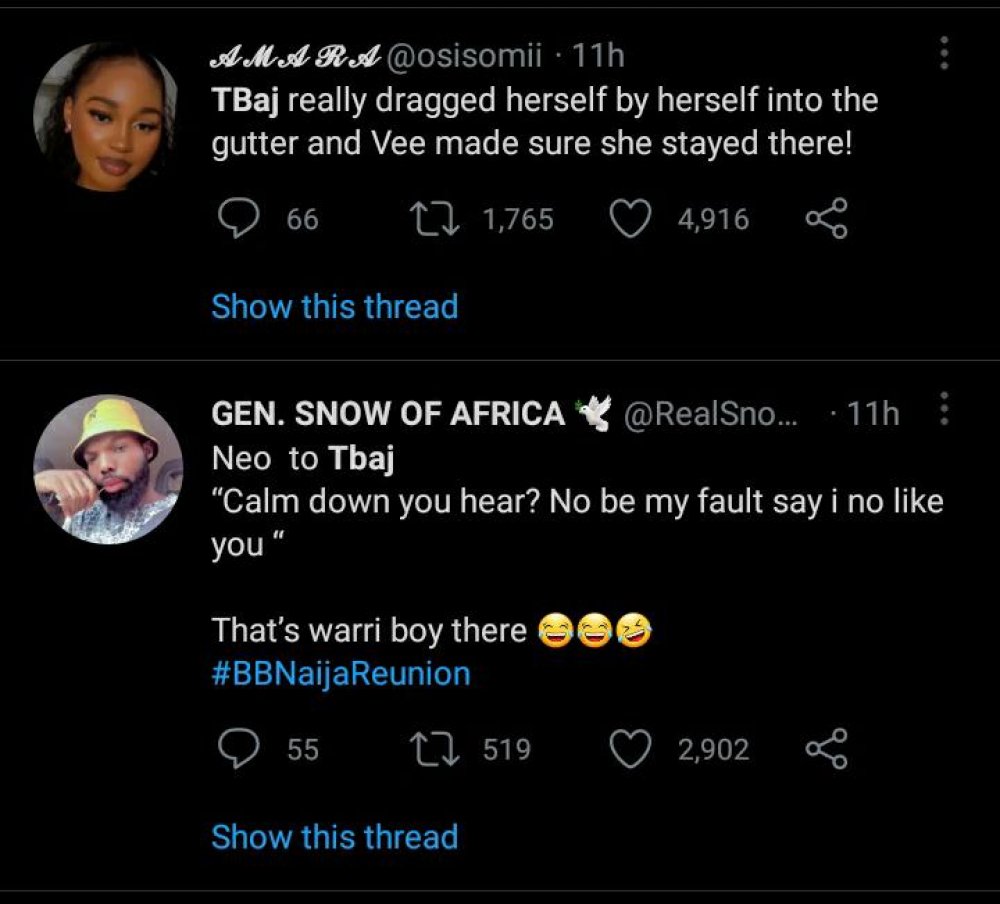 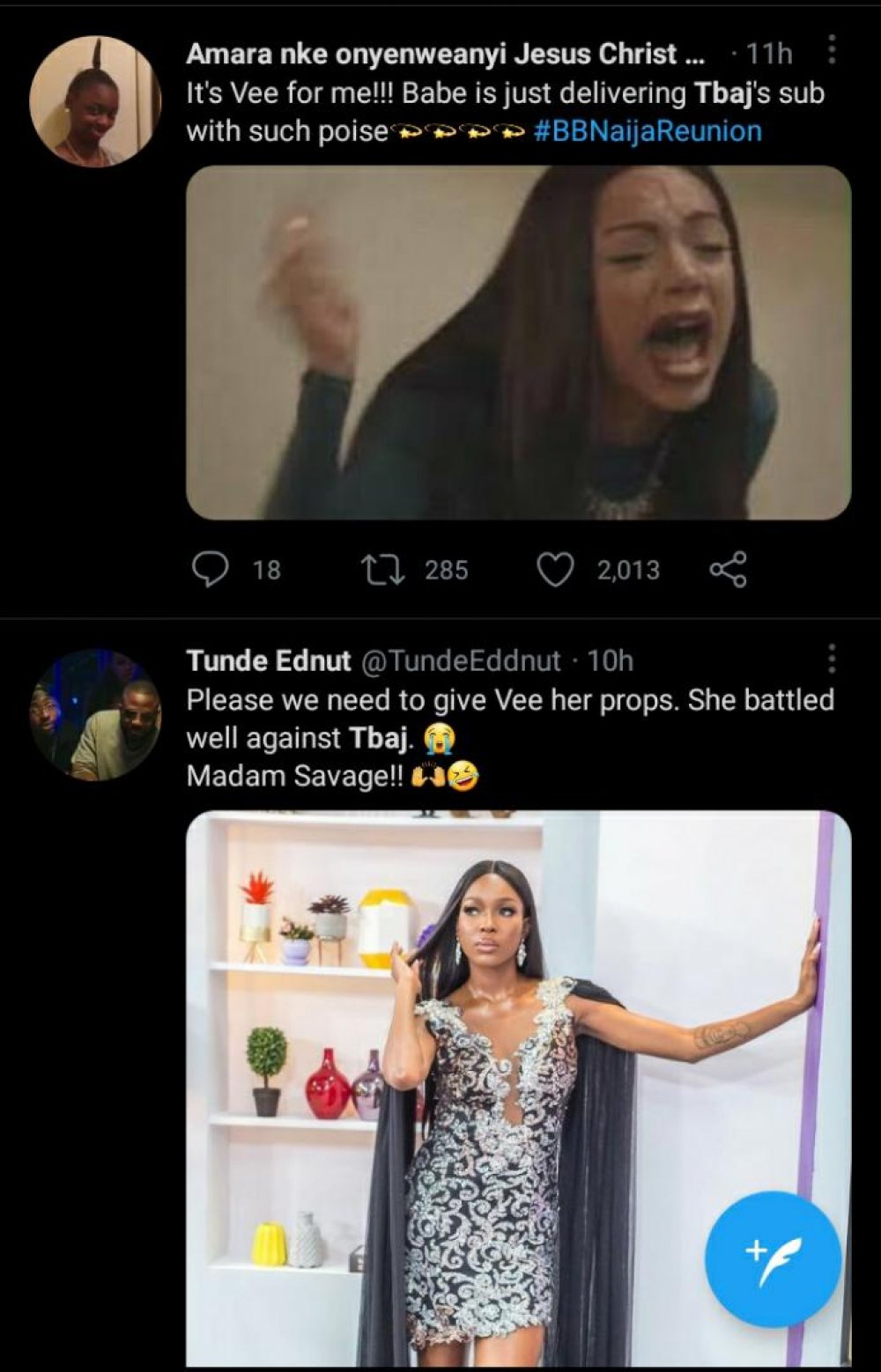 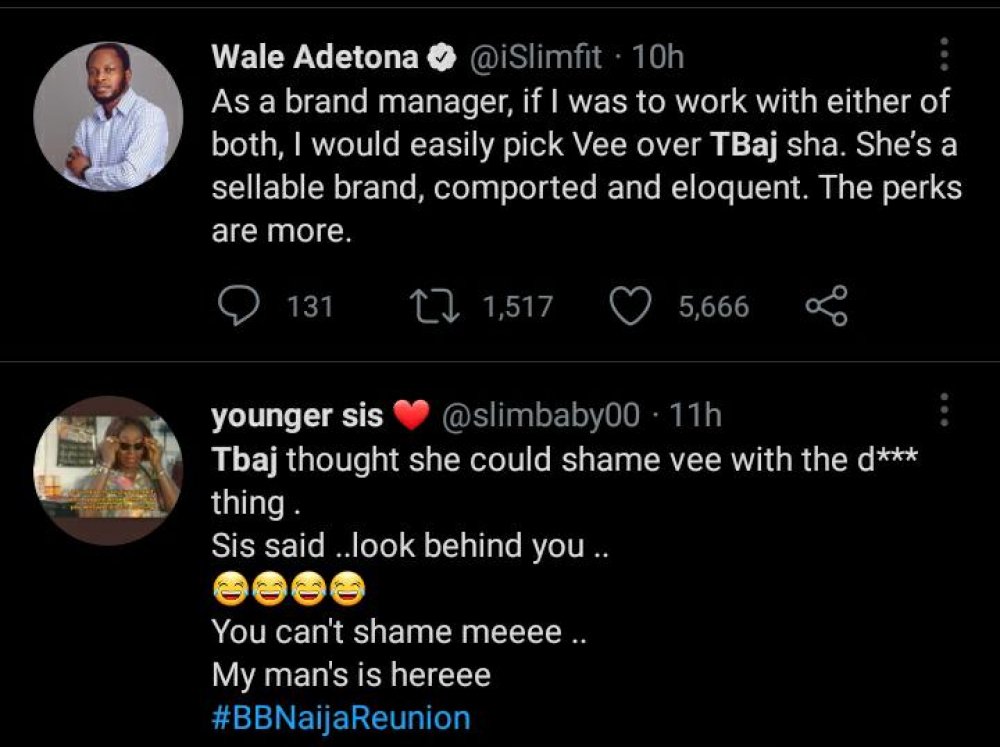 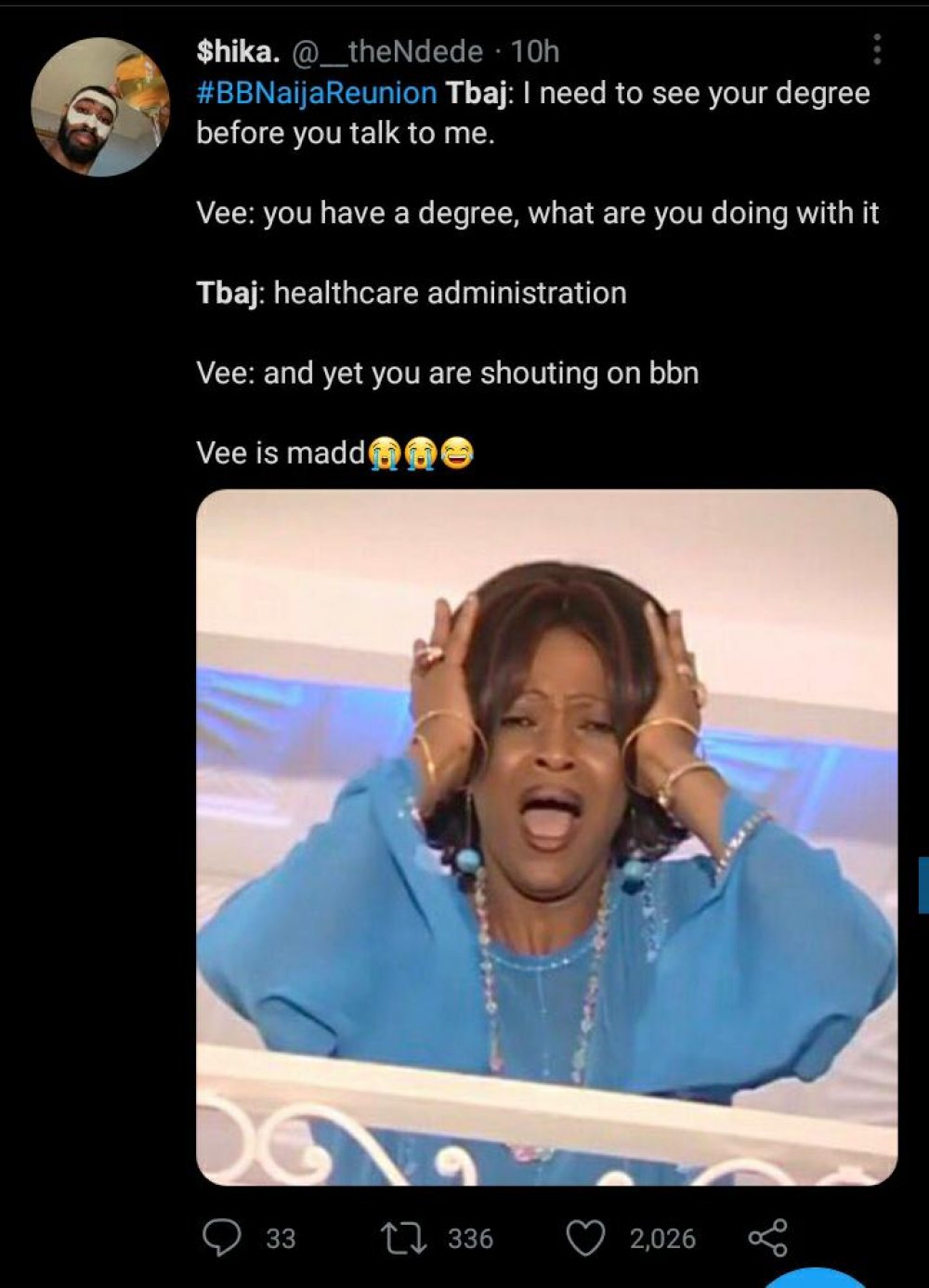 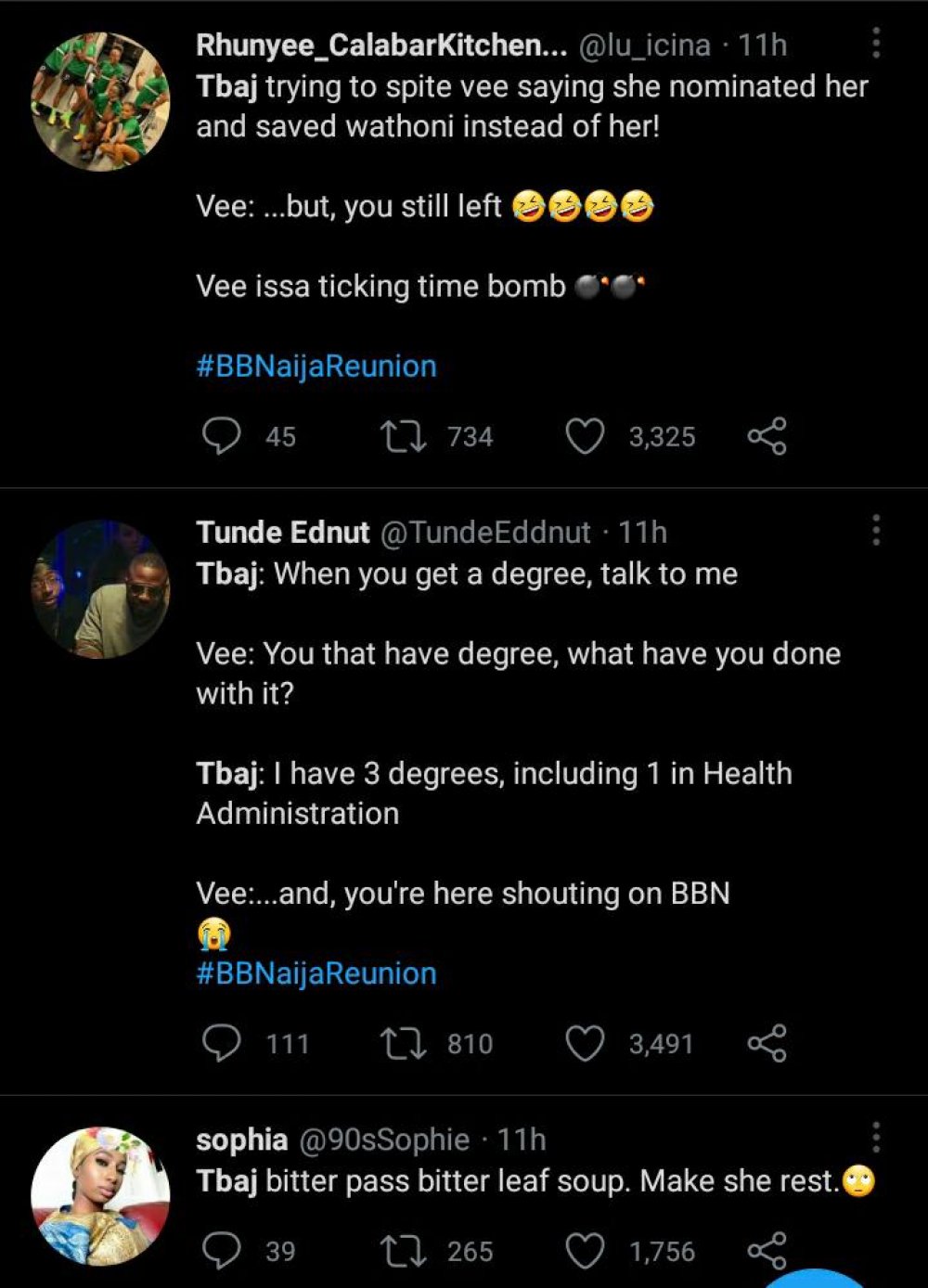 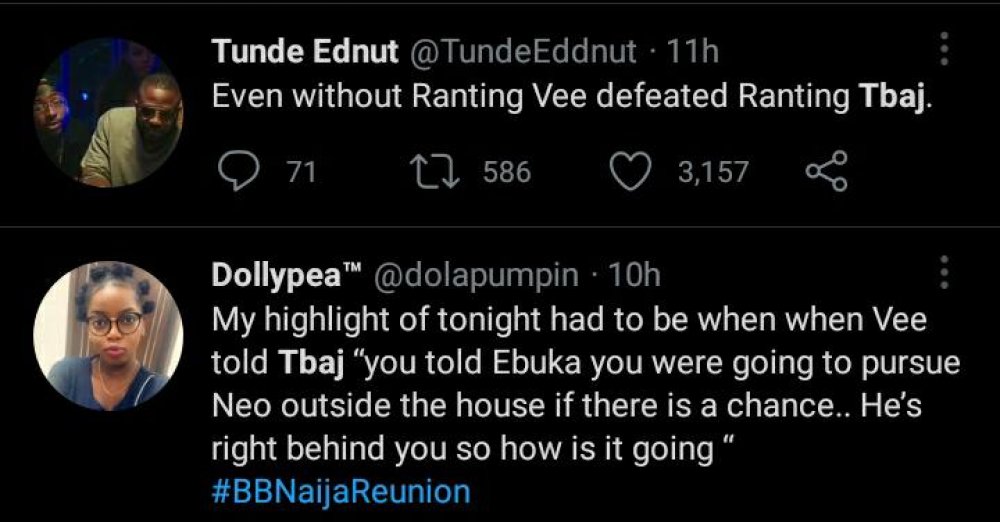 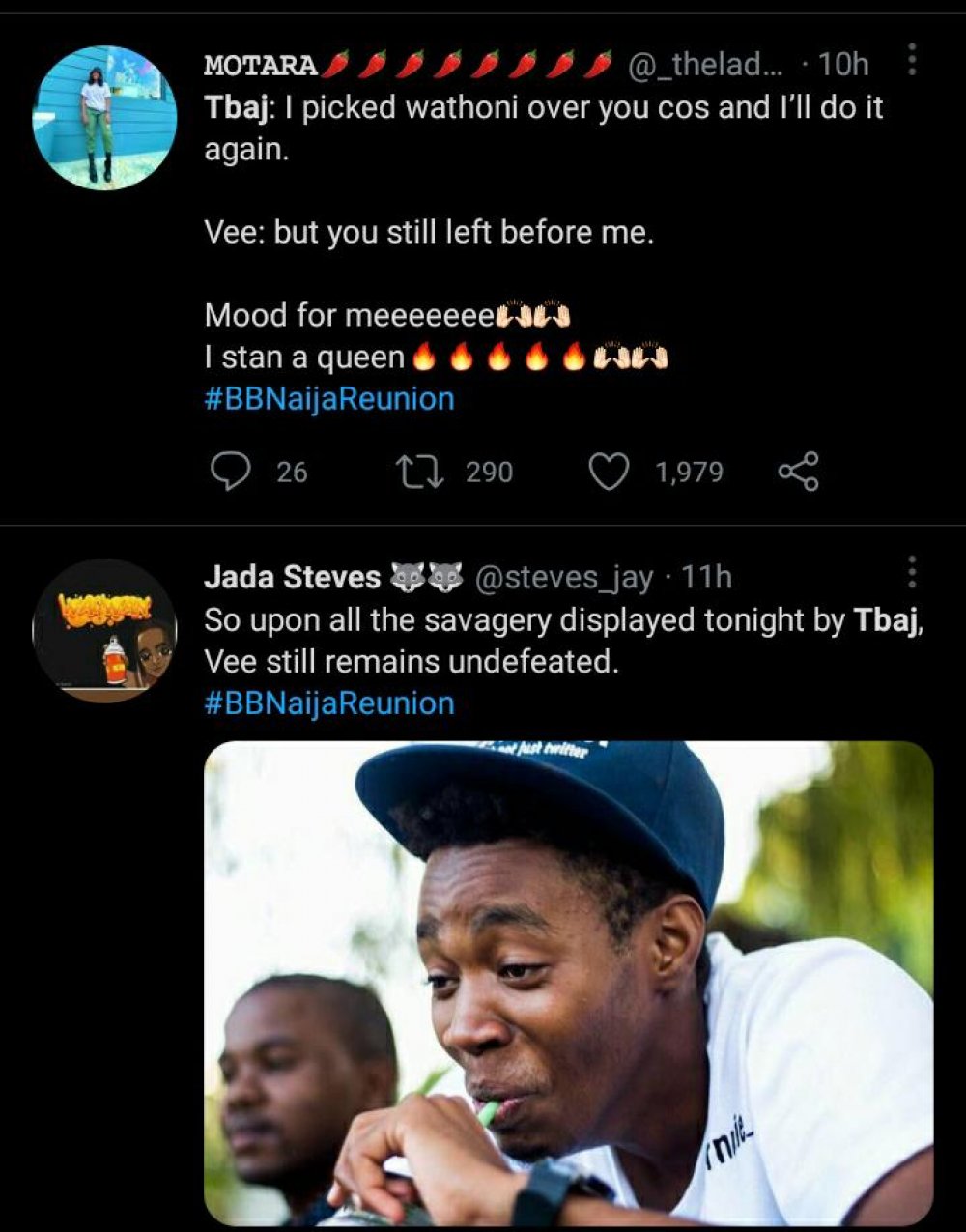 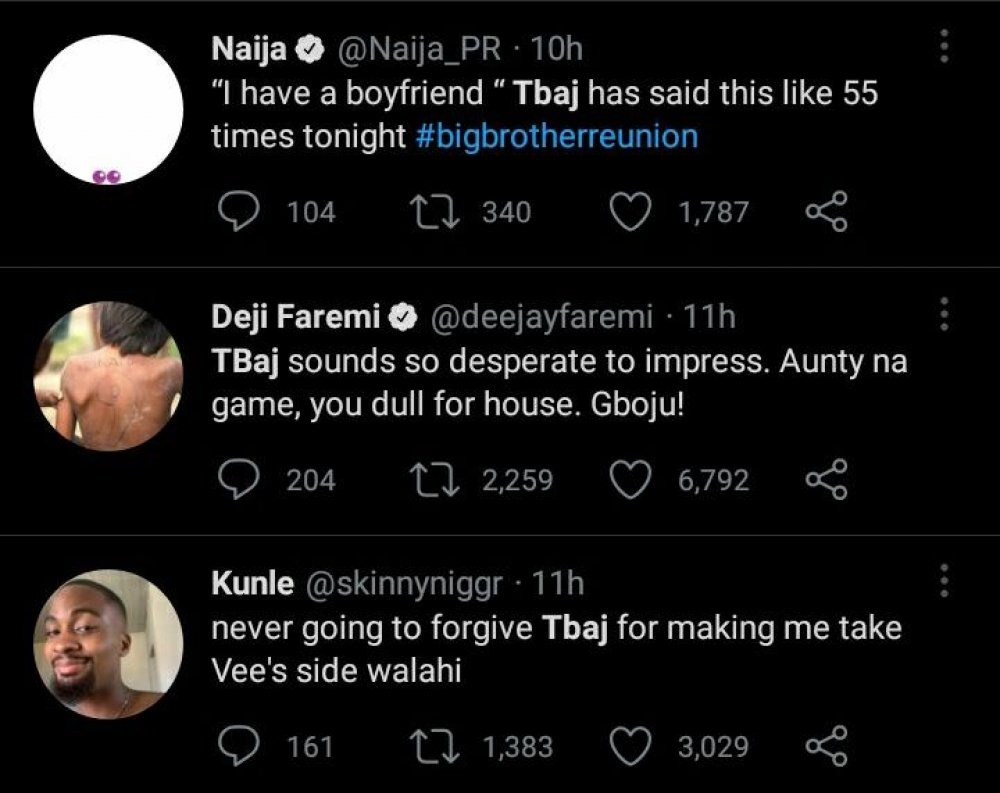 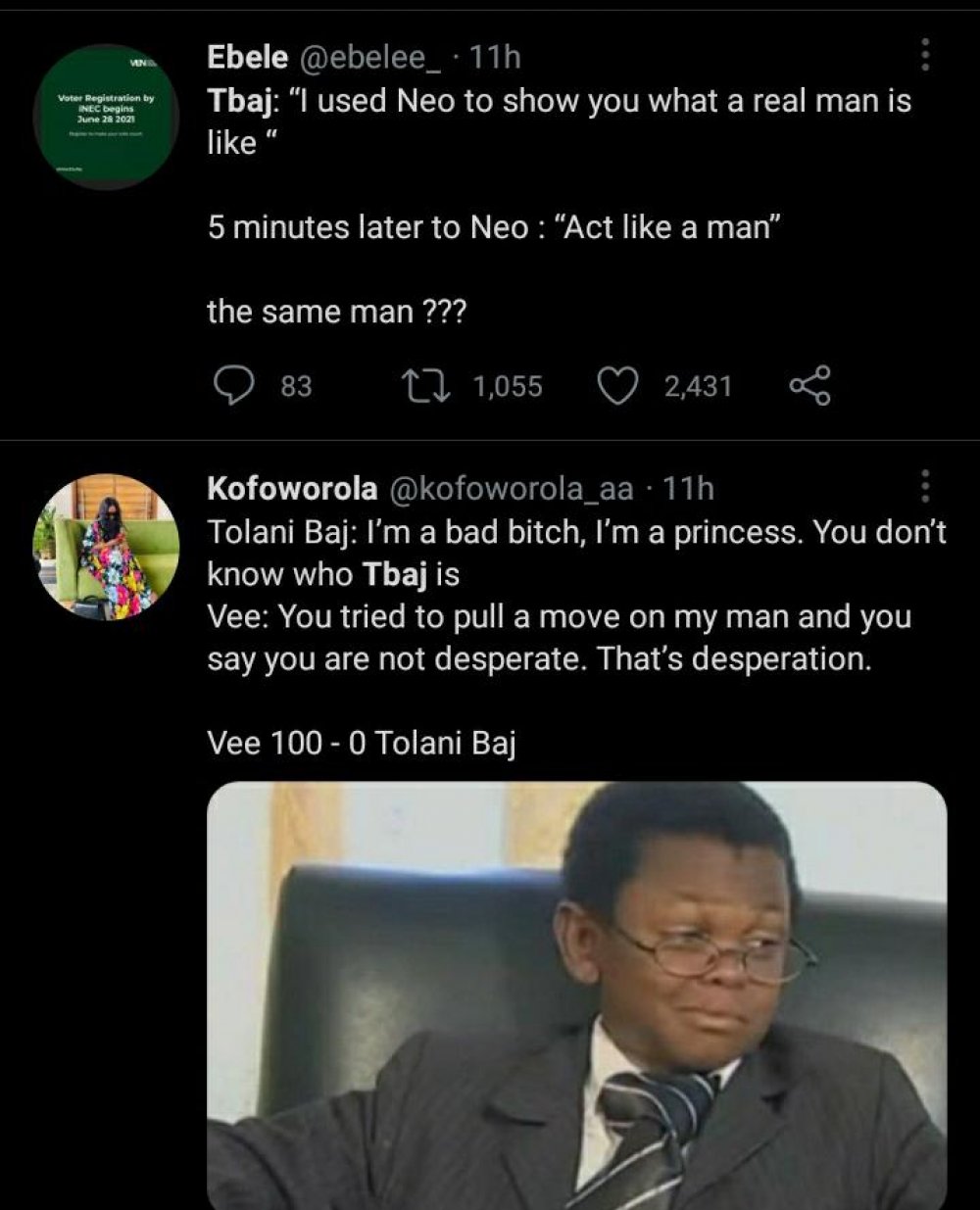