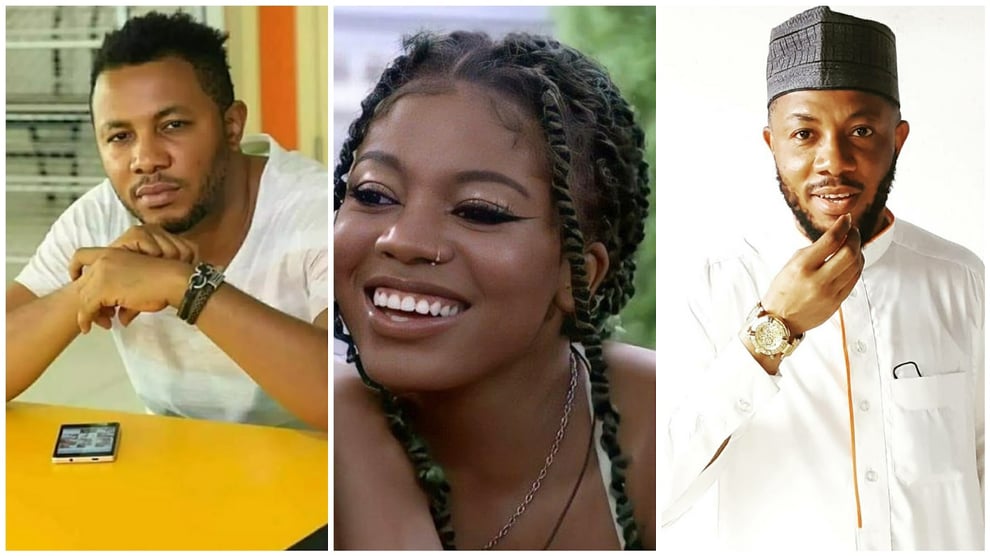 Baron Meyagy, the father of reality star Angel, has called out Cross for his comments on the reunion's final episode.

Cross revealed how much he has done for her parents during a heated argument with Angel Smith.

Following the revelation, many people took to her parents' pages to drag them.

On his Twitter page, Baron questioned why Cross would go on live television to give the impression that he had done something for him.

To set the record straight, he stated that he had asked the reality star and several others to donate to a charitable cause he and his partner were holding for an orphanage for Christmas.

“Dear @crossdabossike I don’t know why you’d go on live tv to give the impression that you have done stuffs 4 me?

"I asked you and several people to donate to a charitable cause my partner and I held 4 an orphanage for Xmas, of which u did & got tagged 2d videos? This is wrong!”. 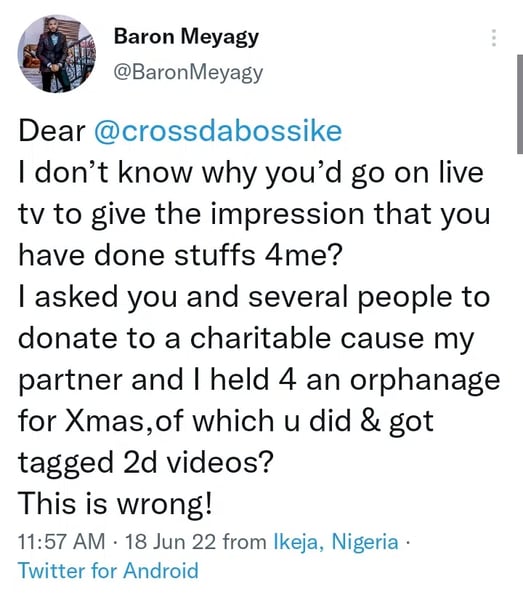 His call came just hours after his daughter, Angel Smith, slammed trolls who dragged her parents for feeding off Cross.