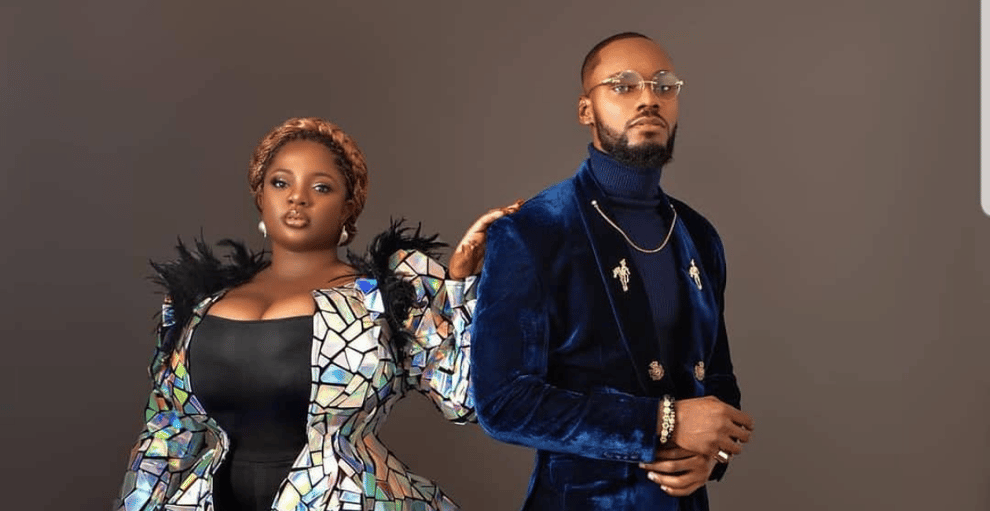 Dorathy revealed this in a Question and Answer she posted on her Instagram story.

A fan had asked her why she is not dating Prince. The fan wrote, "I really loved u and Prince in the house... why are you and Prince not dating??"

In response, she said it is taboo to date one's brother.

She wrote, "You cannot marry your brother. It's forbidden." 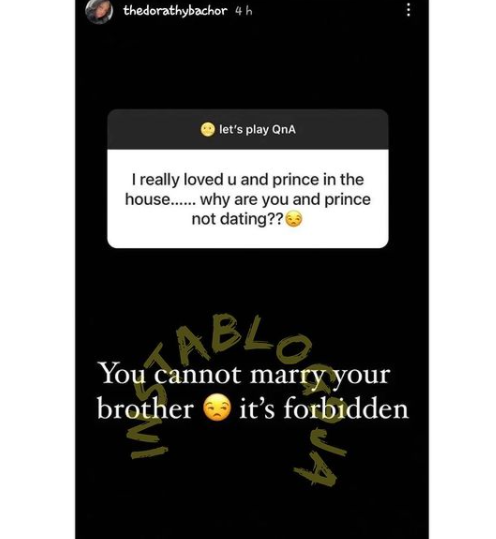 However, netizens were quick to disregard her 'brother' comment as it was stated that they both claim sibling relationships but are lowkey having sexual intimacy. 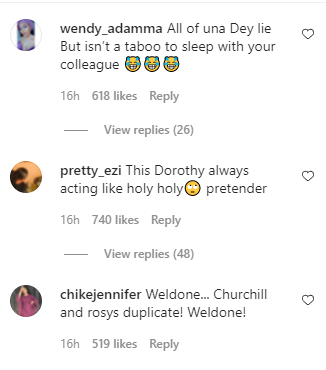 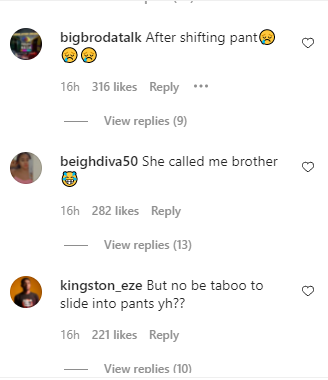 While on the show, Prince and Dorathy started a friendship and after leaving the show, the duo became very good friends that some people thought they were lovers.

Soon, they fell out, ruining the lovely relationship they had once, and unfollowed each other on the gram.

However, Dorathy and Prince ironed out their differences during the show's reunion.

BBNaija's Whitemoney Addresses Critics, Says His Music Will Get A Grammy In 2022

'Try Another Line', Isilomo Claps Back At Funnybone