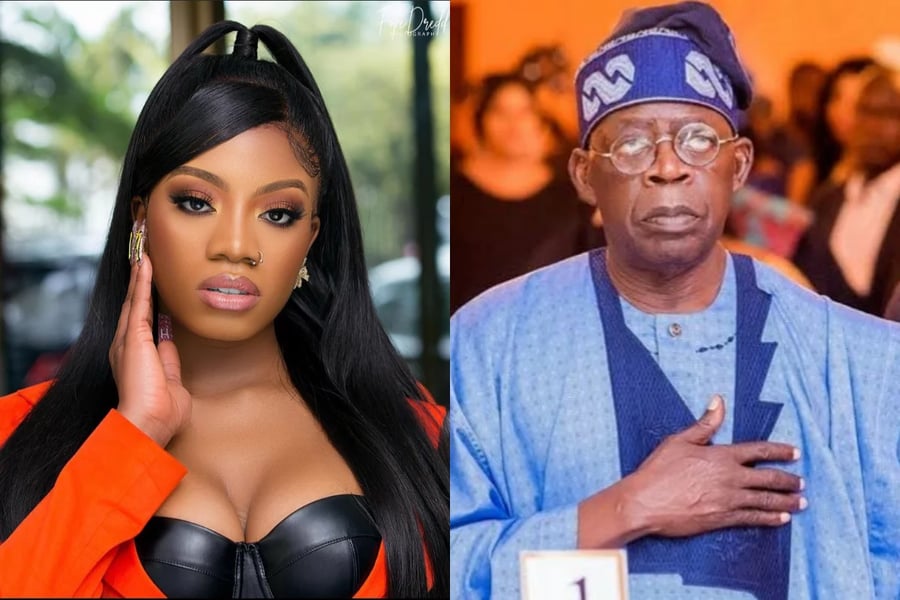 Reports say over 50 people were confirmed dead after unknown shooters stormed the church during mass and opened fire on churchgoers. Multiple online videos documented the gruesome deaths of the church victims.

In response to the incident, Tinubu expressed his condolences to the Governor and the people of Ondo State in a tweet:

“I strongly condemn the evil and brutal attack that took place at the St Francis Catholic Church, Owaluwa, Ondo State, this morning.

"I pray healing and comfort for the injured and the bereaved.”

Angel Smith was enraged by his tweet and slammed him in a now-deleted tweet, telling him to stay out of politics and leave Nigerians alone because his involvement has brought nothing but disaster to lives.

Angel also advised him to take a vacation, enjoy life, and 'free us.' 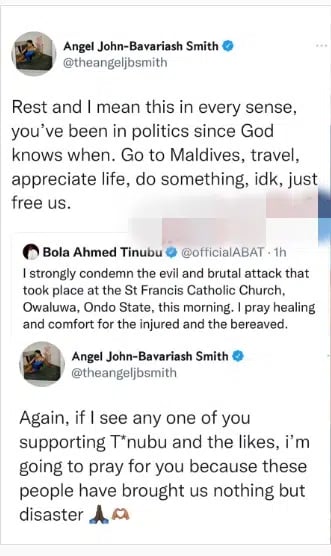